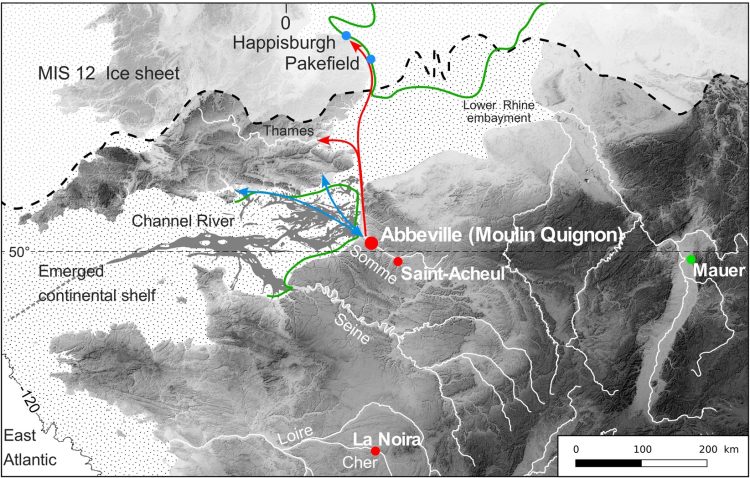 The first evidence of human occupation in northern France has been put back by 150,000 years, thanks to the findings of a team of scientists from the CNRS and the Musée National d'Histoire Naturelle at the emblematic site of Moulin Quignon in the department of the Somme. The site, now located in the gardens of a housing estate in Abbeville, was rediscovered in 2017 after falling into oblivion for over 150 years.

More than 260 flint objects, including 5 bifaces or hand axes, dating from 650,000 to 670,000 years ago, have been uncovered in sands and gravel deposited by the river Somme about 30 metres above the current valley. 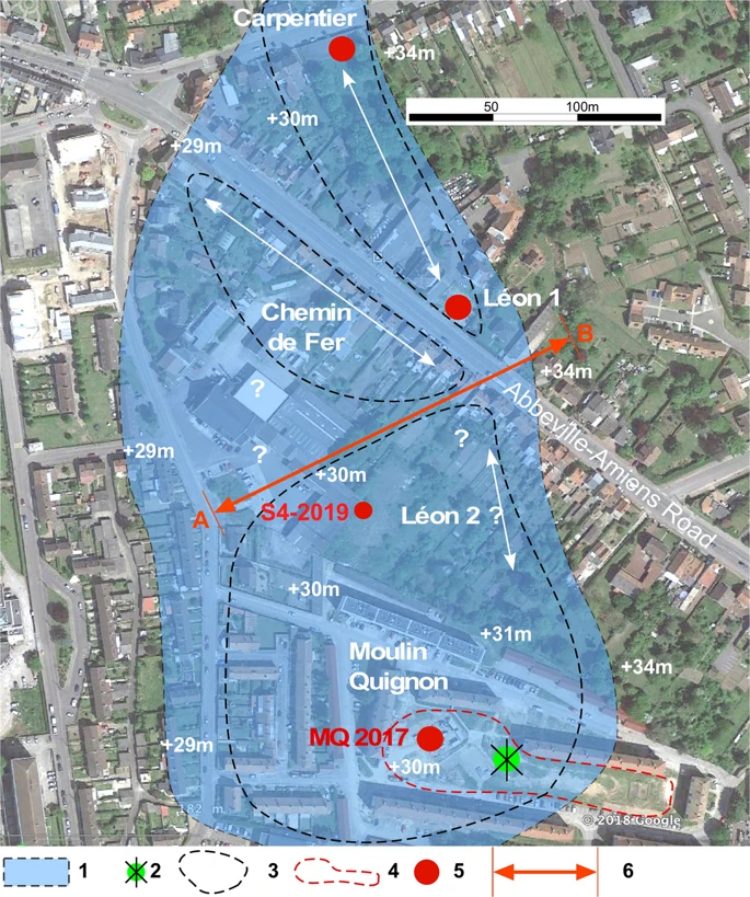 The study was published on 11 September 2019 in the online journal Scientific Reports.

The dispersal of hominin groups with an Acheulian technology and associated bifacial tools into northern latitudes is central to the debate over the timing of the oldest human occupation of Europe.

New evidence resulting from the rediscovery and the dating of the historic site of Moulin Quignon demonstrates that the first Acheulian occupation north of 50°N occurred around 670–650 ka ago.

The new archaeological assemblage was discovered in a sequence of fluvial sands and gravels overlying the chalk bedrock at a relative height of 40 m above the present-day maximal incision of the Somme River and dated by ESR on quartz to early MIS 16. More than 260 flint artefacts were recovered, including large flakes, cores and five bifaces. 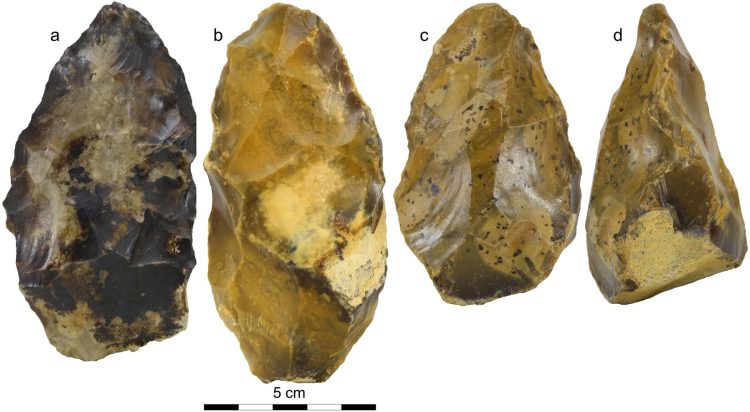 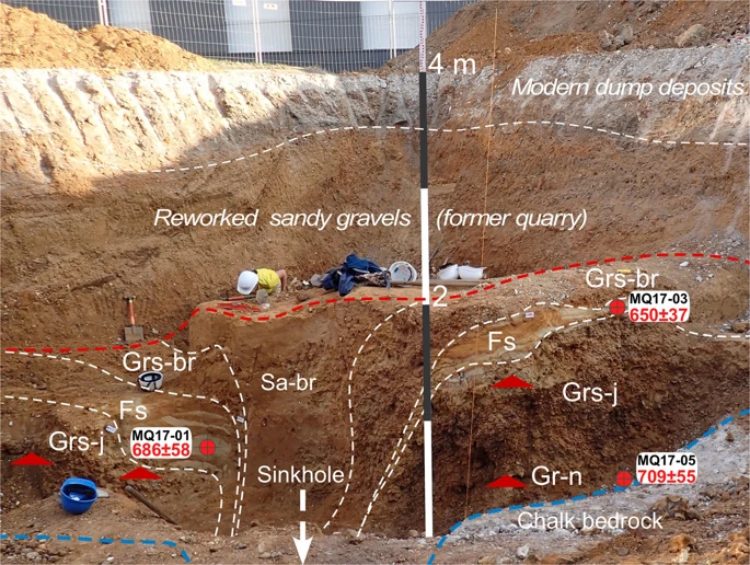 It also challenges hominin dispersal models in Europe showing that hominins using bifacial technology, such as Homo heidelbergensis, were probably able to overcome cold climate conditions as early as 670–650 ka ago and reasserts the importance of the Somme valley, where Prehistory was born at the end of the 19th century. 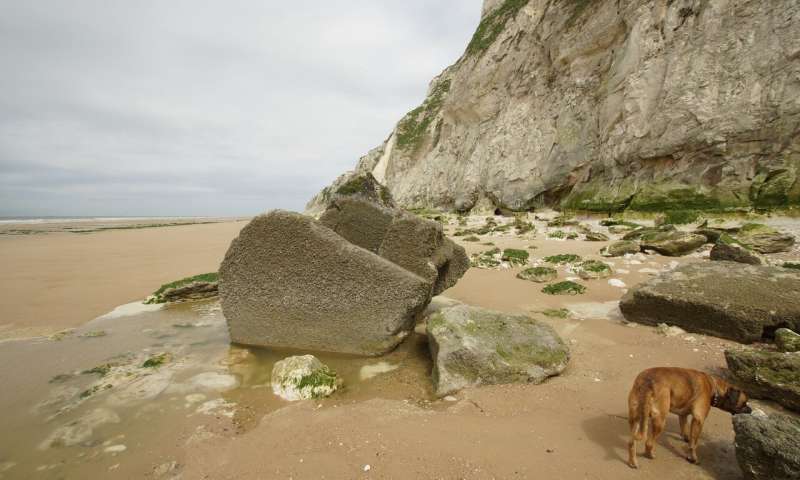 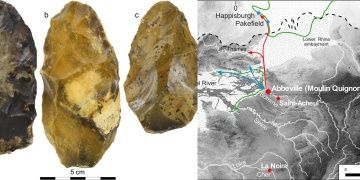