Archaeological Finds tell who the owner of Babylonian Villa was. His name was Sîn-nada, and he was essentially high priest and managing director of the second most important temple in Ur, an office which made him a personage of considerable consequence in the city.

Ur is one of the world’s oldest cities. What was life like for its inhabitants some 4000 years ago? A team led by Adelheid Otto, Director of the Institute of Near Eastern Archaeology at LMU, is carrying out excavations at Ur, which promise to provide some answers to this question.

The team has now returned from Southern Iraq, having completed their second season due to the kind permission by the Iraqi State Board of Antiquities and Heritage. This year’s dig, funded by the Gerda Henkel Foundation and the Munich University Association, lasted for 9 weeks. Its target was a residential building that was located on the edge of the city, and has been dated to the period around 1835 BCE. The excavation forms part of a larger project led by Professor Elisabeth Stone of Stony Brook University in New York State. 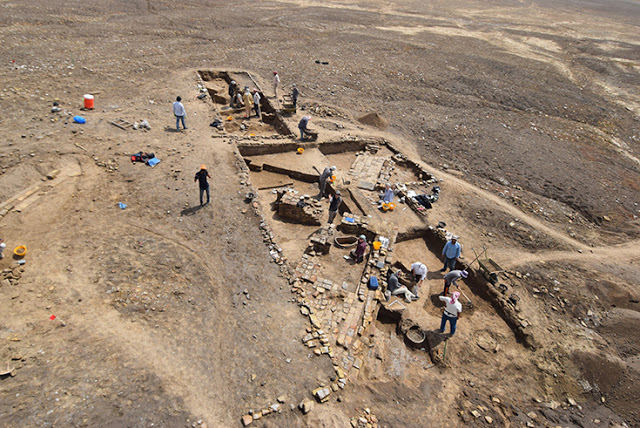 The LMU team has excavated the remains of a house on the periphery of the city, a capacious residence consistingof 17 rooms. It belonged to the Administrator and Chief Priest of Ur’s second most important temple,
obviously a prominent member of the city’s elite [Credit: A. Otto/LMU; Berthold Einwag]

Adelheid Otto: They did a fantastic job

The LMU group began work on the site 2 years ago, and has now uncovered the whole house, together with a vaulted tomb in which the remains of 24 individuals were discovered. To accomplish this task, the team, which included Bachelor’s and Master’s students as well as doctoral candidates worked 6 days a week on the site. “They did a fantastic job,” says Adelheid Otto. “We began work every morning at 5 and worked until 10 or 11 o’clock at night.”

17-roomed villa on the outskirts of the city

What the team brought to light was a 17-roomed house with a large courtyard, and the surviving inventory were all recovered. “The question we originally wanted to answer was whether the poorer class of people lived on the periphery of the city, since excavations in the city center have revealed that its residential population was clearly well off. But instead of finding lower-class dwellings, we came upon this Old Babylonian villa. It was certainly a very imposing building. We have been able to identify the function of each of its rooms, and the finds give a very detailed and precise picture of how its inhabitants lived nearly 4000 years ago. Even the kitchen and a bathroom complete with toilet and a drainage system are preserved. Indeed, in terms of hygiene, the arrangements were excellent.” 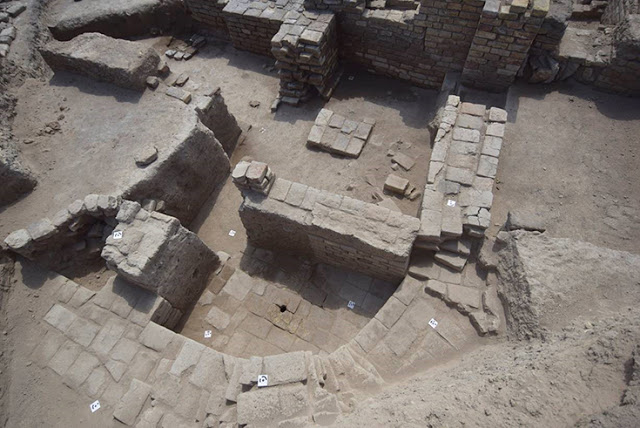 Bathroom, which was tiled, and also the drain, which led a depth of several metres [Credit: A. Otto/LMU; Berthold Einwag]

Thanks to the finds made during the excavation, it is now possible to piece together how the inhabitants led their lives. “It is the very model of a private residence in the Old Babylonian period,” says Adelheid Otto. “We have many pieces of the puzzle, which will provide us with a picture of this house’s past, not only the architecture with its various rooms and their functions, but also texts on clay tablets, including letters and the impressions of seals, which were deciphered by cuneiform specialists Professor Dominique Charpin (Collège de France Paris) and Professor Walther Sallaberger (LMU). That is a particular stroke of luck, because these finds tell us who the owner was.”

His name was Sîn-nada, and he was essentially high priest and managing director of the second most important temple in Ur, an office which made him a personage of considerable consequence in the city. “Interestingly, it turns out that his wife was also involved in the administration of the temple. In Ur during this period, women could also read and write.” The LMU researchers also collected botanical samples and animal bones in the course of the excavation, which are now being analyzed and promise to provide insight into the residents’ diet. 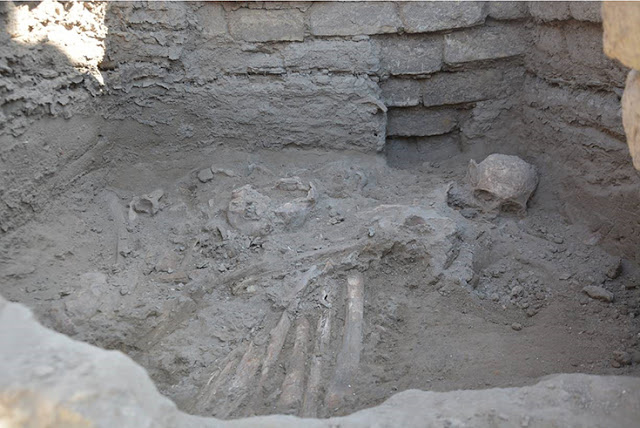 The LMU archaeologists have excavated a crypt under the courtyard next to the house. Here the deceased family members were buried. "The people treated the deceased with great reverence. Older skeletons were carefully stackedon top of each other at the back," says Adelheid Otto [Credit: A. Otto/LMU; Berthold Einwag]

The human remains found during the dig are being investigated further by anthropologist Andrea Göhring in the Department of Biology, who took an active part in the excavation. “Preliminary analyses indicate that these people were healthy and well nourished, and some of them survived for 70 years and more.

More detailed study should yield further information on what they ate, how long they lived and how healthy they were, and should also tell us whether or not they were related to each other, and whether they were natives of Ur or had moved to the city from elsewhere. Ur was a trading center, so it is likely that many of its inhabitants came from further afield, says Adelheid Otto. A team led by Professor Jörg Fassbinder of the Department of Geophysics has also carried out a geophysical survey of the South Mound, which revealed that this part of Ur was a densely built-up area, but it also had open spaces, such as public squares and harbours.

All that remains is – a pile of sand

So far, the investigations at Ur have demonstrated that, 4000 years ago, the city was a lively and densely settled metropolis. “It was a flourishing period during which people generally had a good life. That is certainly what this house and its residents tell us.” 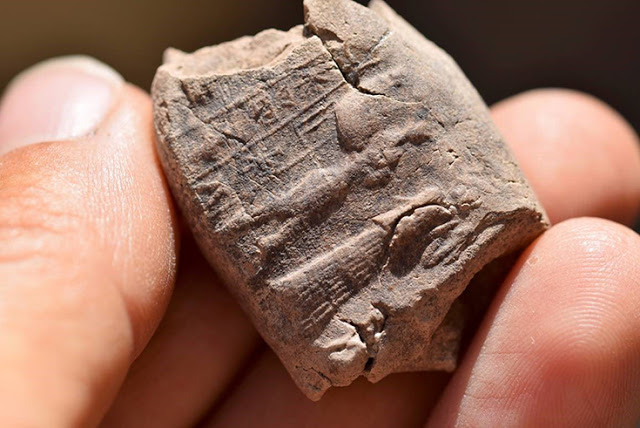 The finds also include inscribed clay tablets and unrolled seals. In this way the LMU archaeologists learn a lot about the lives of the residents of the house, such as what the landlord and mistress of the house were called and that theyalso taught reading and writing in their house [Credit: A. Otto/LMU; Berthold Einwag]

Its owner Sîn-nada and his family led prosperous lives almost a century before the city itself met its end. Its fate was sealed when the city’s population revolted against the King of Babylonia, who had gained control of the city. The King responded by cutting off the city’s water supply by rerouting the course of the Euphrates.

Ur found itself, as it is today, in the middle of a dry steppe, and urban life eventually became impossible, says Adelheid Otto, and goes on to point out the relevance of this tragedy to the threats we face today from climate change. Within a very short time, the shortage of water turned this prosperous city into a pile of sand. By about 1720 BCE, Ur ceased to exist, and it was only hundreds of years later that life at Ur was resuming again.