ANU scientists solve mystery shrouding oldest animal fossils. These soft-bodied creatures that lived 558 million years ago on the seafloor could, in principle, have had mouths and guts - organs that many palaeontologists argue emerged during the Cambrian period tens of millions of years later....

Scientists from The Australian National University (ANU) have discovered that 558 million-year-old Dickinsonia fossils do not reveal all of the features of the earliest known animals, which potentially had mouths and guts. 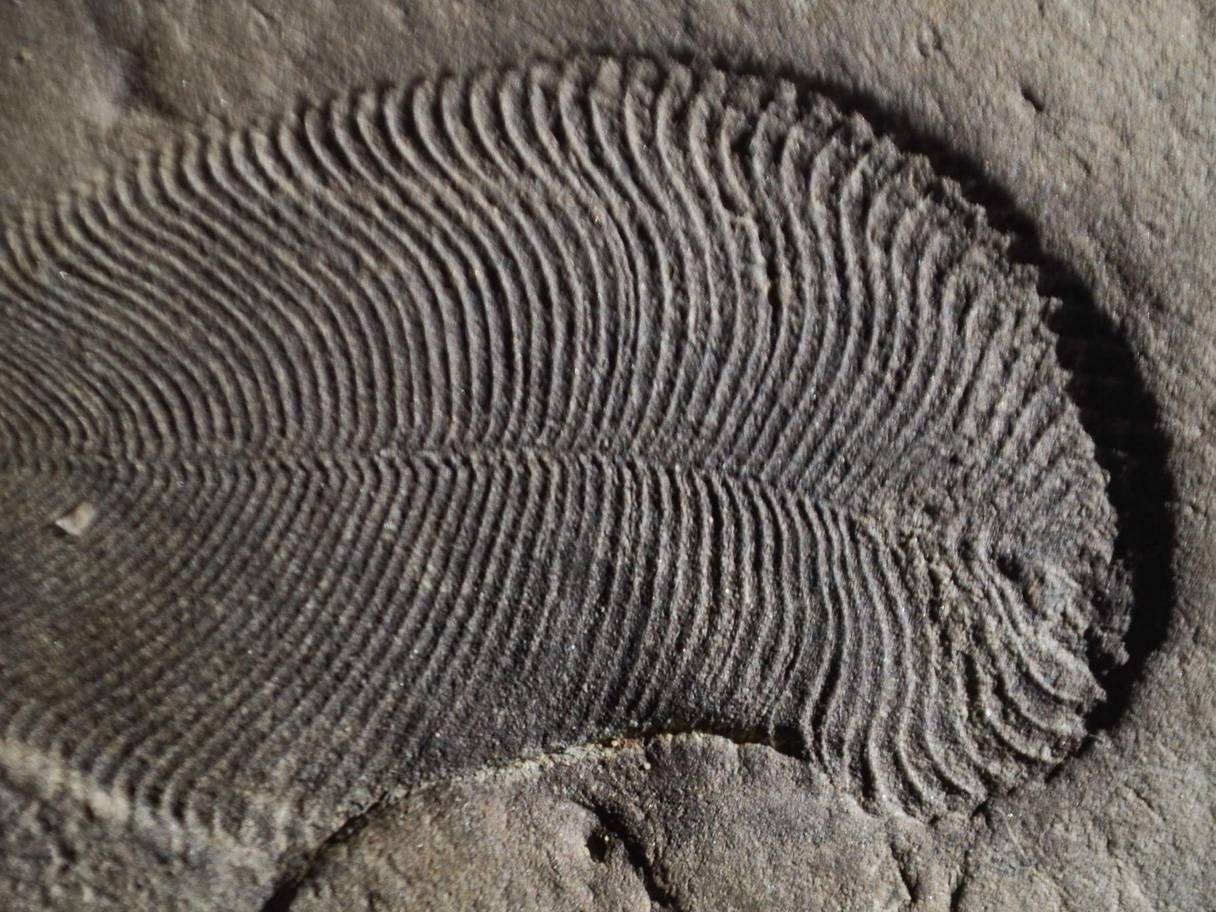 ANU PhD scholar Ilya Bobrovskiy, lead author of the study, said the study shows that simple physical properties of sediments can explain Dickinsonia's preservation, and implies that what can be seen today may not be what these creatures actually looked like.

"These soft-bodied creatures that lived 558 million years ago on the seafloor could, in principle, have had mouths and guts - organs that many palaeontologists argue emerged during the Cambrian period tens of millions of years later," said Mr Bobrovskiy from the ANU Research School of Earth Sciences.

"Our discovery about Dickinsonia - and many other Ediacaran fossils - opens up new possibilities as to what they actually looked like."

Ediacara biota were strange creatures that lived on the seafloor 571 to 541 million years ago. They grew up to two metres long and include the earliest known animals as well as colonies of bacteria.

The fact that Dickinsonia and other Ediacara biota fossils were preserved at all in the geological record has been a big mystery - until now.

The team, which includes scientists from Russian institutions, discovered how Ediacara biota fossils were preserved, despite the macroorganisms not having skeletons or shells.

"As the organisms decayed, softer sediment from below gradually flowed into the forming void, creating a cast," Mr Bobrovskiy said.

"Now we know that what we are looking at is an impression of a soft organic skeleton that may have been anywhere within Dickinsonia's body. What we're seeing could be a part of Dickinsonia's bottom, the inside of its body or part of its back." 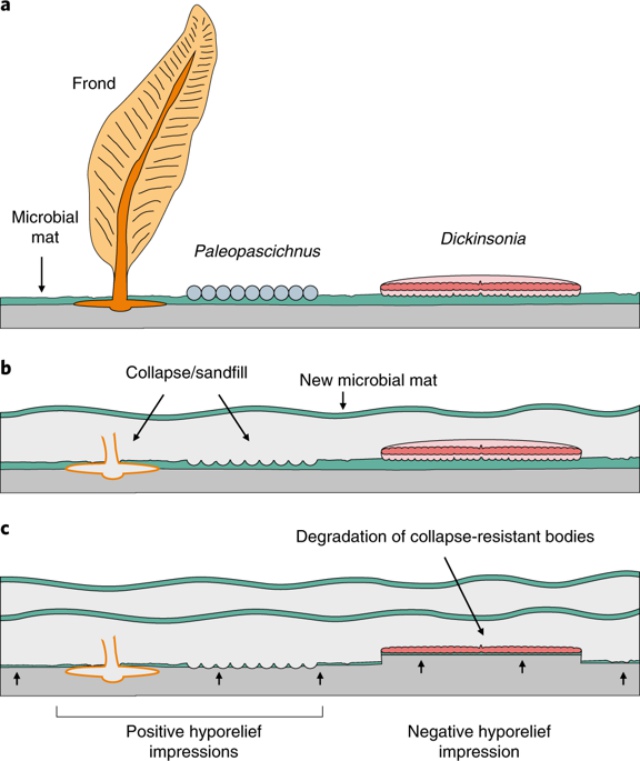 Mr Bobrovskiy said Dickinsonia had different types of tissues and must have been a true animal, a Eumetazoa, the lineages eventually leading to humans.

Co-researcher and RSES colleague Associate Professor Jochen Brocks said the team used a melting cast of a Death Star made of ice to show the physical properties of sediments that enabled the soft-bodied Ediacara biota to be preserved. 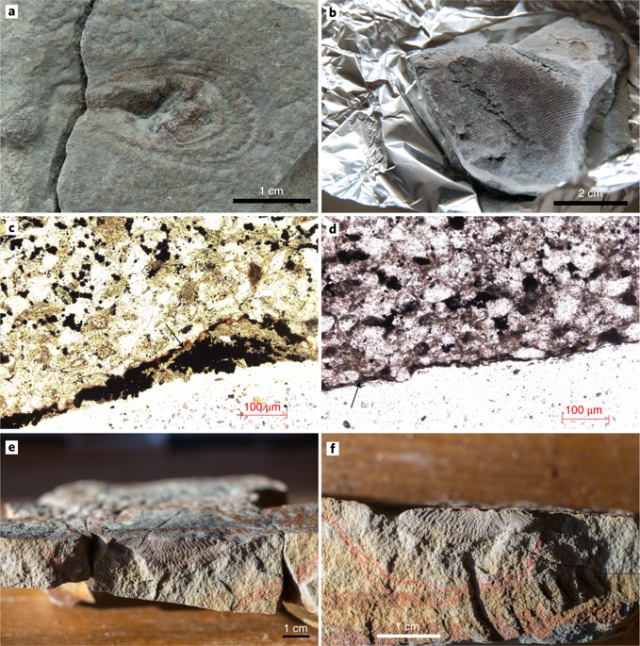 "This process of fossilisation could tell us more about what Ediacara biota were and how they lived," he said.

"These fossils comprise our best window into earliest animal evolution and are the key to understanding our own deep origins." 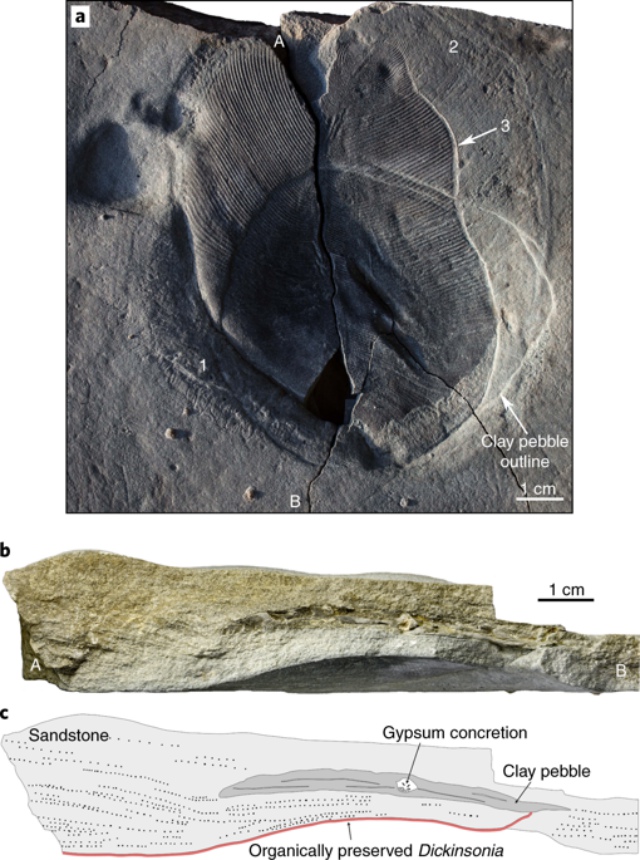 ANU led the research in collaboration with scientists from the Russian Academy of Sciences and Lomonosov Moscow State University in Russia.