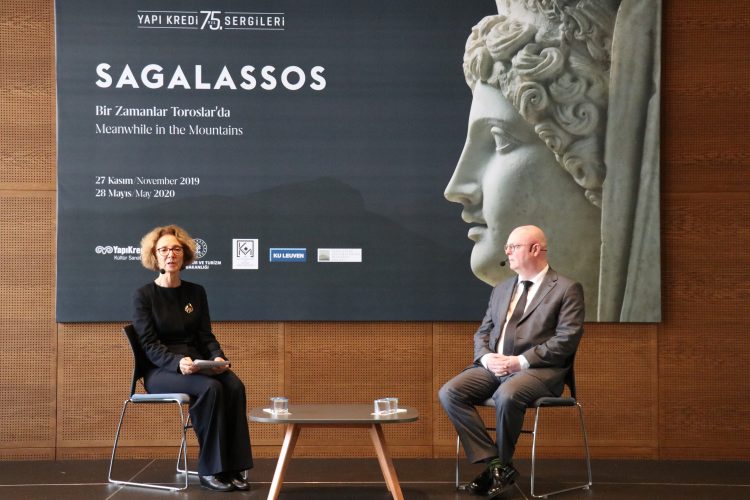 A total of 368 artifacts from the ancient city of Sagalassos in province Burdur of southwestern Turkey will be displayed at an Istanbul gallery, organizers said on Tuesday.

Yapi Kredi Cultural Centre will be hosting the exhibition titled  Meanwhile in the Taurus Mountains: Sagalassos from Nov. 27 to May 28, 2020. 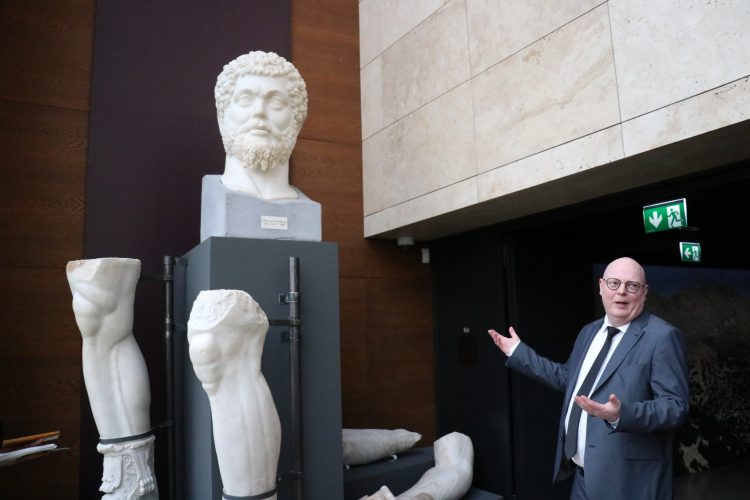 Peter Talloen, deputy director of the excavation works on the site, told Anadolu Agency that the use of original material during the restoration work was what makes Sagalassos unique.

The Sagalassos ancient city in Aglasun district of Burdur province is 1,750 meters above sea level and dates back to 5,000 years. 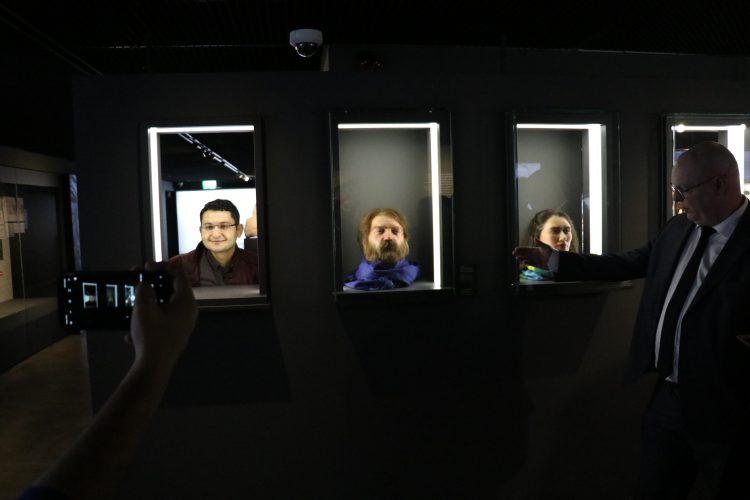 Because the city was located at a height, a lot of the ancient structure is exactly how it was in the 13th century when it was abandoned, said the professor of Turkey’s Suleyman Demirel University.

Talloen, who began working at the site as a student in 1995, said: “People visiting the site get the real impression of what the ancient urban life, living in a city meant in antiquity.” 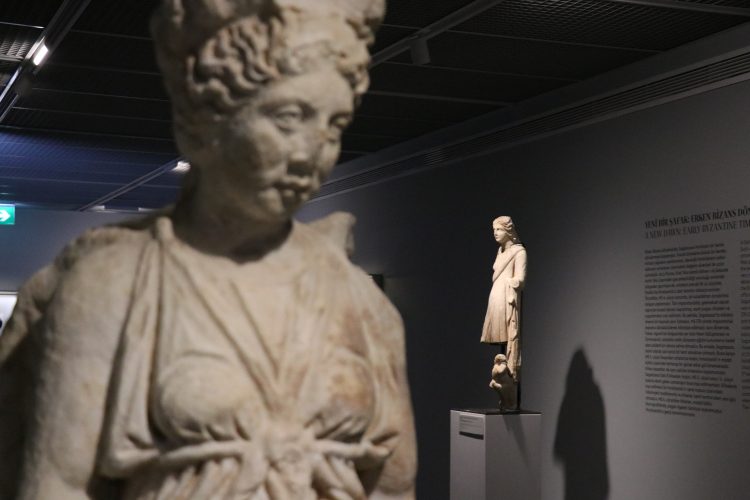 He said the site is very close to its original state.

“This place was really abandoned, the population moved down to the valley and they didn’t take any ancient stone or any object from the ancient city, everything was left as it was.” 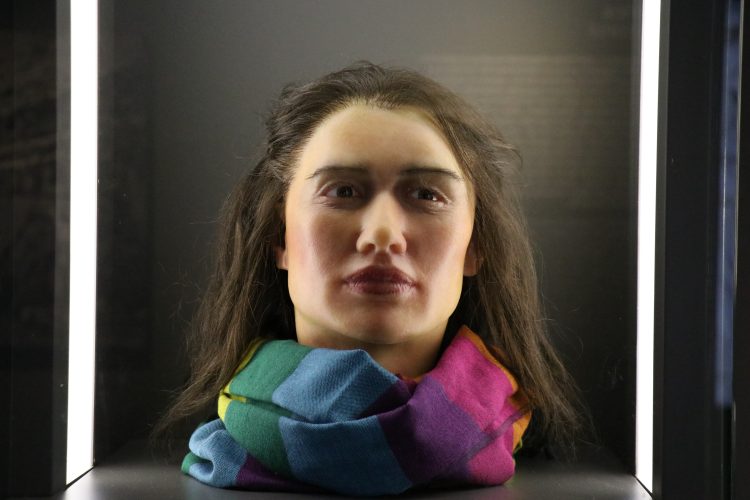 As part of the exhibition, visitors will see a variety of objects including mammoth bones from the Burdur region and the massive statues of Roman emperors Marcus Aurelius and Hadrian. 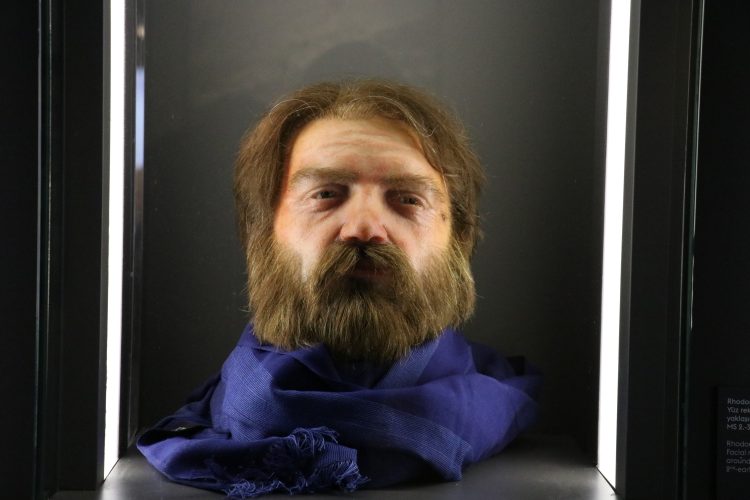 The archeological site, which was included in the Tentative List of UNESCO’s World Heritage Sites, offers the best samples of Roman-era architecture.Modern Turkey contains the remains of numerous ancient civilizations, including Hittite, Greek, Phrygian and Roman.

“Meanwhile in the Mountains: Sagalassos”

Yapı Kredi Cultural Activities, Arts and Publishing Inc. is hosting the exhibition “Meanwhile in the Mountains: Sagalassos”.Occupying three floors at Yapı Kredi Cultural Centre in Beyoğlu, the exhibition introduces visitors to the ancient city of Sagalassos, founded on the southern slopes of the Taurus mountain range, and the history of the region of Pisidia. The most comprehensive archaeological project carried out in recent years “Meanwhile in the Mountains: Sagalassos” is the result of a collaboration of the Ministry of Culture and Tourism, the Directorate General for Cultural Heritage and Museums and KU Leuven University, Belgium, and their support of the Sagalassos Archaeological Research Project. Displaying 368 objects from Burdur Archaeology Museum, the exhibition is open to visitors at Yapı Kredi Cultural Centre 27 November 2019 – 28 May 2020. One of the best-preserved ancient cities of the Mediterranean, Sagalassos is included in the Tentative List of UNESCO World Heritage Sites.

From Statues of Gods and Goddesses to Mammoth Bones
The exhibition, “Meanwhile in the Mountains: Sagalassos”, contains many and divergent historical objects: from mammoth bones from the Burdur region proving that they lived in prehistorical Anatolia, to the massive statues of the Roman emperors Marcus Aurelius and Hadrian. Objects like the terracotta figurines of gods, goddesses and heroes reflecting belief rituals, a statuette of Alexander the Great, stone tools, decorative items, cooking and food vessels from Sagalassos and the region of Pisidia from different periods, shed a light on the past and the daily and social life of the residents of ancient Sagalassos and these can be viewed in chronological and thematic sections covering three floors at the Yapı Kredi Cultural Centre.

Visitors Will Be Welcomed by Rome’s Last Good Emperor
At the entrance to the museum visitors will be received by the statue of emperor Marcus Aurelius that was unearthed at the Roman Baths at Sagalassos. Originally approximately five metres high and carved in white marble, the head, arms and legs are displayed at the exhibition. The restoration of the Antonin Fountain at Sagalassos, which was built in the reign of Marcus Aurelius, was completed in 2010. The head of emperor Hadrian, who named Sagalassos Pisidia’s ‘first city’, can also be seen at the exhibition. The emperors Hadrian and Marcus Aurelius are among Rome’s Five Good emperors.

Meet the Pisidians
Experts have recreated the faces belonging to the skulls found during the Sagalassos excavation of a Roman man dated to the 3rd century BC and to a Byzantine woman dated to the 11th century. Excavation director Jeroen Poblome, who characterises face reconstruction as a combination of science and creativity, notes that the digital face reconstructions have an accuracy of 75%. The Pisidians, whose real names are unknown, have been named Rhodon and Eirènè by the research team. With the busts of Rhodon and Eirènè having been brought to the exhibition, visitors will have the opportunity to meet ancient Pisidians.

The Exhibition Extends Across Three Floors of the Yapı Kredi Cultural Centre
“Meanwhile in the Mountains: Sagalassos” is shown across three floors of Yapı Kredi Cultural Centre. On the first floor is a multifaceted presentation of the Sagalassos excavations, which is an interdisciplinary research project that commenced in 1990. Shown with the excavations are also Sagalassos and the Pisidian terrain it is part of, along with the geology, vegetation cover, belief system, gods, people, fauna and flora.

On the second floor are the primeval periods with artefacts from the Bronze Age, when Sagalassos was founded, the Hellenistic Period, the Roman Period and the Byzantine Period arranged chronologically. The Upper Agora unearthed during the Sagalassos excavations as well as the best examples of statues of emperors, gods and heroes recovered there are also on show here.

The third floor comprises thematic sections about ancient economy, quality of life, dietary habits and kitchen utensils, how people dealt with death, and the characteristics of death. Visitors are received by a statue of the goddess of agriculture and abundance, Demeter with the beautiful hair. This section also contains a reconstruction of the rock temple to which it is believed the people of Sagalassos focused their votive observance and from which hundreds of terracotta figurines were recovered. The Sagalassos excavations, interdisciplinary excavations and restoration work of the Sagalassos Archaeological Research Project that have been conducted since 1990 occupies a very important place within the international scientific community. The exhibition also offers visitors a chance to see these scientific studies in one place.

The project’s scientific consultancy is undertaken by professor at KU Leuven University and Sagalassos Excavation Director Jeroen Poblome, the coordination by Director of Yapı Kredi Museum Nihat Tekdemir and the design by Pattu Mimarlık. The photographs of the objects brought to the exhibition and all the landscape photographs used at the exhibition were shot by the Belgian photographers Bruno Vandermeulen and Danny Veys.

Exhibition Book
The exhibition is accompanied by a comprehensive book featuring all the historical stages of Sagalassos and the region of Pisidian where it was located. The book “Meanwhile in the Mountains: Sagalassos” is produced in Turkish and English by Yapı Kredi Publications and is the publisher’s 5500th book. It contains 27 articles, each written in the light of the latest current data by experts in their field, and this makes it the most up to date reference book on Pisidia and Sagalassos.

Conference
In the evening following the opening of the exhibition 27 November, visitors will also have the chance to join the conference presented by the excavation director Professor Jeroen Poblome. The conference will be held at 18.30 at Yapı Kredi Cultural Centre, Loca. 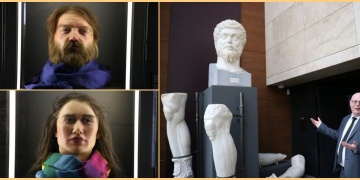