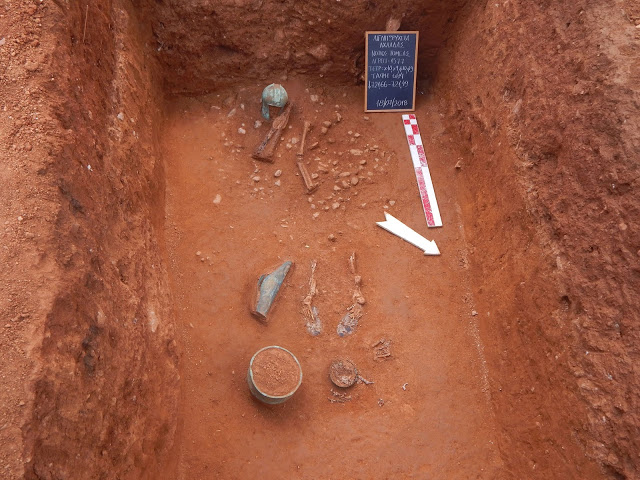 Reporting on the excavation results for this summer, the Ministry of Culture explain the tomb was one of six that stood out in the 6th century BC cemetery containing a total of 73 tombs. The six tombs were set off with a low surrounding wall (peribolos) paved with slate and measuring approximately 4,00m by 3,50m.

The skeletons were found in pits nearly two meters deep from the level of the flagstones or in tombs lined with stones. The golden mask places Achlada in the company of the cemeteries of Sindos and Archontko in Pella, as the third site in Macedonia where funerary masks were discovered with burials. 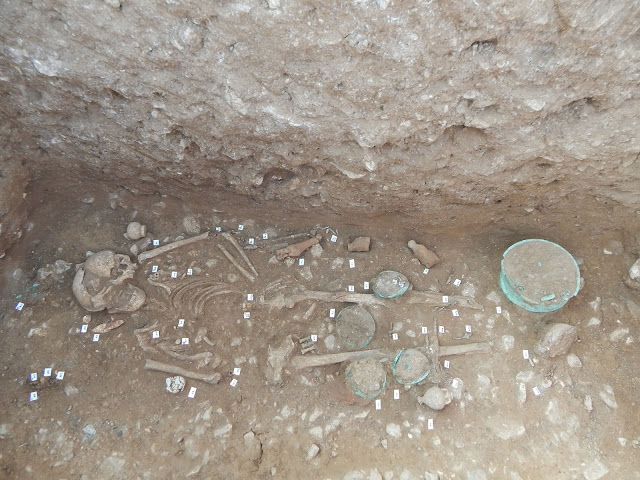 The archaeological site of Achlada, associated with ancient Lynkestis or Lyngos, is located within the grounds of the Lignite Mines of Achlada SA company, and the excavations of the multi-era cemetery come under salvage operations. The Ministry of Culture signed in 2010 a memorandum of understanding with the company, which has been operating since 1936.

During the 2019 season, 73 tombs belonging to the Archaic and Classical eras (6th to 4th centuries BC) were excavated, along with another 131 dated to the Byzantine times. The ministry said the tombs excavated during all seasons in Achlada have reached the total of 1,290. 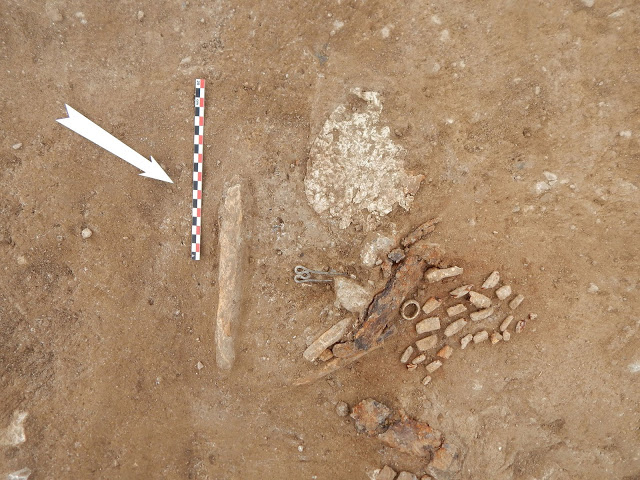 Finds from this year's excavations included a golden ring, a silver fibula, fragments of iron daggers, iron points, small pieces of electrum and a bronze cauldron.

They also included an aryballos - a small rounded jar - of faience and clay statuettes depicting a female figure sitting on a throne holding a pigeon, and of an enthroned Sphinx with a lyre. Of two vessels found with sculpted figures, one may depict Hercules. All of these date to the Archaic era, the ministry said in a statement. 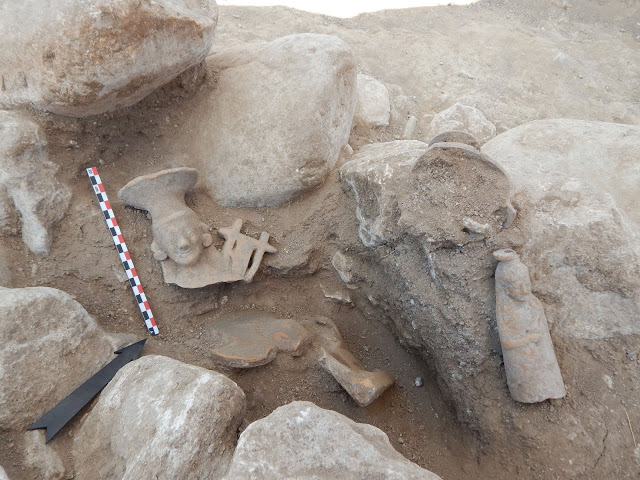 Archaeologists also found four bronze helmets of the early, Illyrian type, which have not been found on the site before. These particular helmets, the ministry noted, "differentiate the dead from the other Achlada warriors on the basis of the equipment accompanying the burials."

Although the Archaic tombs were looted, the remaining finds point to the prominence of the dead, the ministry said. According to the ministry, the finds "reveal the wealth, aristocratic origins, heroic character and leading role of some Macedonian aristocracy in the political and social life of ancient Lyngos during the latter half of the 6th century BC." 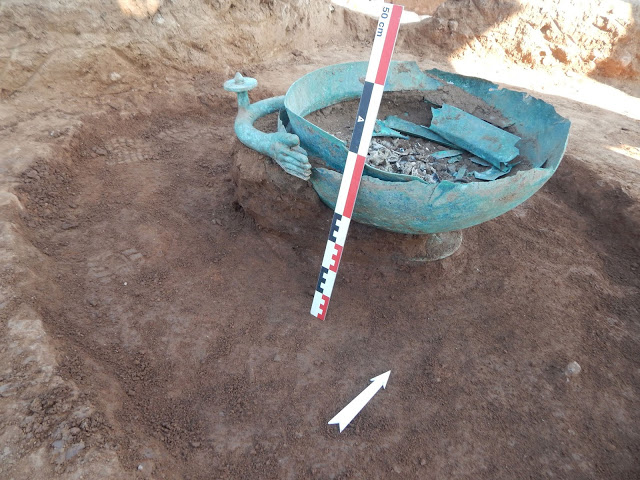 The excavation comes under the supervision of the Ephorate of Antiquities of Florina and is directed by archaeologist Liana Gelou.