Completion of the 2019 Ancient Akrotiri Project. This year the excavated area was extended by trenching both to the northern and eastern edges of the site, the western extent of the ancient rubble mound encapsulating the surviving foundations having been previously established.

Republic of Cyprus The Department of Antiquities, Ministry of Transport, Communications and Works has announced the completion of the 2019 Ancient Akrotiri Project (AAP), led by the University of Leicester under the direction of Professor Simon James. The team consisted of professional excavation staff and undergraduate students from the University of Leicester’s School of Archaeology and Ancient History, in collaboration with colleagues from the Universities of Southampton, Cyprus and Athens. The excavations were conducted between 4th and 23rd April 2019, at and around the vicinity of Akrotiri-Dreamer's Bay (Nissarouin).

This excavation season marks the fifth year of work conducted by the AAP on remains in the southern coast of the peninsula, which appears to have comprised an ancient port, quarry and other facilities. 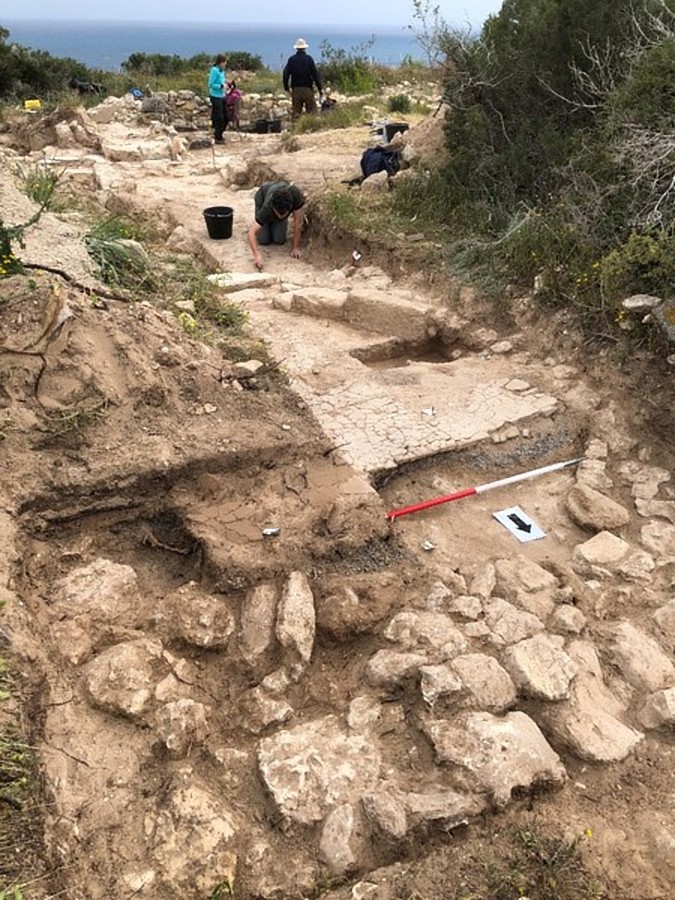 Previous land archaeology seasons from 2015-2018 saw exploration of Roman (2nd-4th-cent. AD) shoreline buildings overlain by concentrations of later ceramics, largely late Roman/Byzantine (5th-7th cent.) amphorae, with 2018 also including exploration of a submerged ancient masonry breakwater and other archaeological remains on the floor of Dreamer's Bay itself.

During April 2019, investigations on a concentration of masonry buildings on the hilltop overlooking the shoreline structures from the north were completed, as well as further survey and sample excavations of the large complex of ancient quarries at the top of the 40 metre-high scarp overlooking Dreamer's Bay harbour. 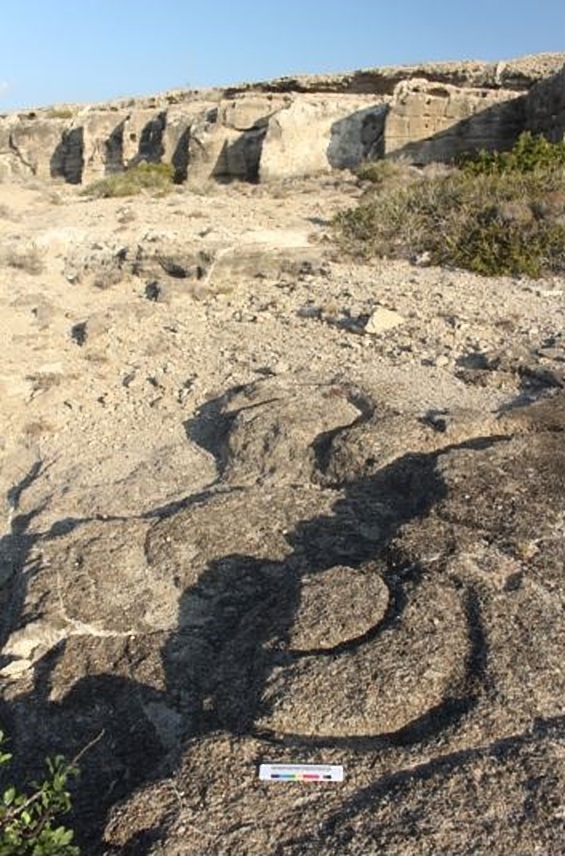 The hilltop complex, sited at a point commanding a very wide field of view from Kourion c.13km to the north, Cape Zevgari to the west and round almost to Cape Gata in the east, would have been extremely well sited both to spot approaching shipping, and to act as a landmark for vessels making landfall at Akrotiri. Structures were accidentally revealed here in the 1980s, and estimated to be of late Antique chronology. The partially exposed remains formed the starting-point for AAP investigation starting in 2017, and completed in the April 2019 season. This year the excavated area was extended by trenching both to the northern and eastern edges of the site, the western extent of the ancient rubble mound encapsulating the surviving foundations having been previously established.

The remains encountered comprised several stone-founded structures with evidence of multiple phases suggesting a fairly extended life. The north side of the Dreamer's Bay hilltop complexcomprised parallel stone foundations apparently overlain by a large ovoid structure with clay floor of uncertain purpose. Pottery, roofing materials and coins suggest occupation during the Byzantine period, to at least the sixth century, although construction during the Roman period cannot be ruled out. 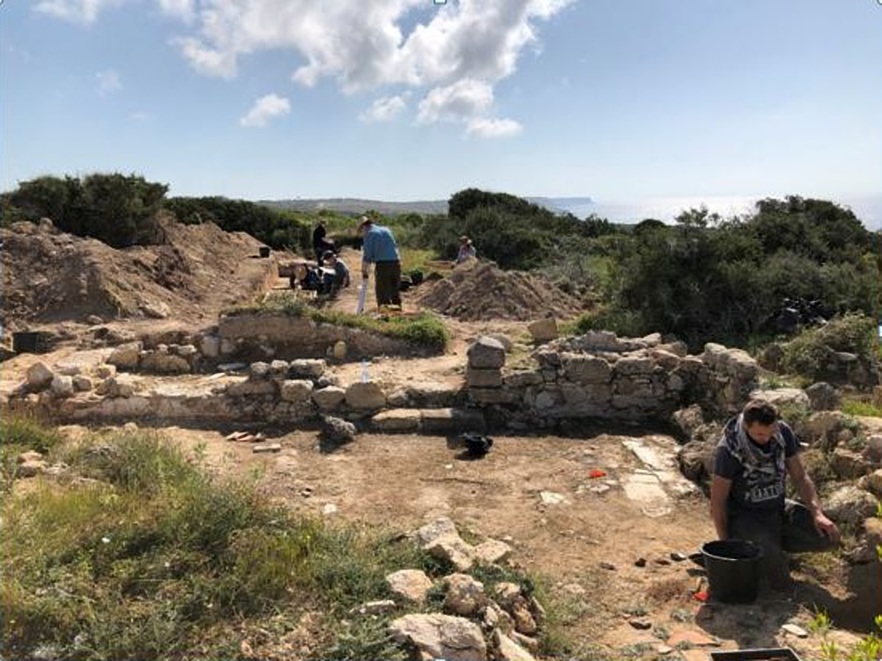 The team’s work in the quarry complex comprised survey of the very well-preserved traces of ancient rock-cutting, producing squared blocks and round millstones from different grades of marine conglomerate. Sample excavation was undertaken of heavily eroded masonry structures identified in the quarried landscape, which turned out to have possessed finely plastered walls with simple painted decoration. A ceramic piped water supply probably also related to this complex and provisionally dated to the Roman era (1st-4th c. AD) was recorded. The buildings overlay part of the quarrying, proving that at least some of it was earlier.

This fieldwork season has added important elements to the emerging picture of a complex commercial and industrial coastscape at Dreamer's Bay with a history lasting several centuries. 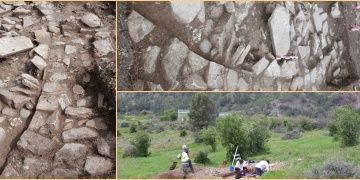