Was the birch bark tar continuity of tradition or technological revival? Scientists from the University of Bristol and the British Museum, in collaboration with Oxford Archaeology East and Canterbury Archaeological Trust, have, for the first time, identified the use of birch bark tar in medieval England - the use of which was previously thought to be limited to prehistory.

Birch bark tar is a manufactured product with a history of production and use that reaches back to the Palaeolithic. It is very sticky, and is water resistant, and also has biocidal properties mean that it has a wide range of applications, for example, as a multipurpose adhesive, sealant and in medicine.

Archaeological evidence for birch bark tar covers a broad geographic range from the UK to the Baltic and from the Mediterranean to Scandinavia.

In the east and north of this range there is continuity of use to modern times but in western Europe and the British Isles the use of birch bark tar has generally been viewed as limited to prehistory, with gradual displacement by pine tars during the Roman period. 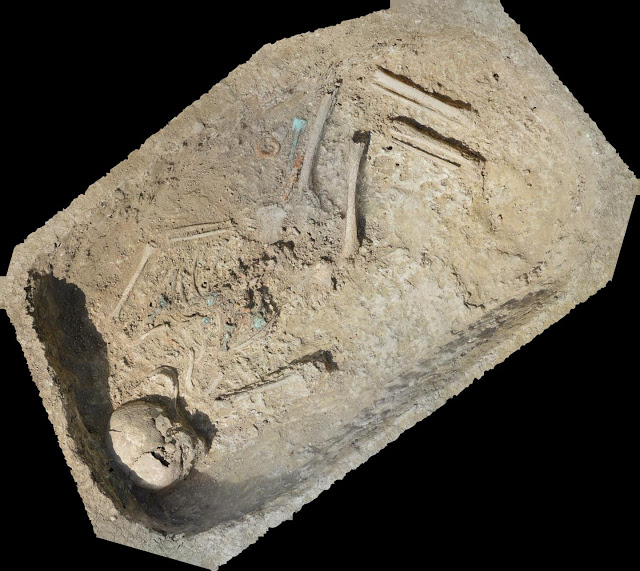 The new identifications, reported in the Journal of Archaeological Science: Reports, came from two early medieval sites in the east of England. (Click for read: Birch bark tar in early Medieval England – Continuity of tradition or technological revival?)

The first was a small lump of dark material found in a child grave of the Anglo-Saxon period (440-530AD) in Cambridge (analysed by the Organic Geochemistry Unit, University of Bristol, for Oxford Archaeology East).

The other tar (analysed by scientists at the British Museum) was discovered coating the interior of a ceramic container associated with a 5th-6th century cemetery site at Ringlemere in Kent. 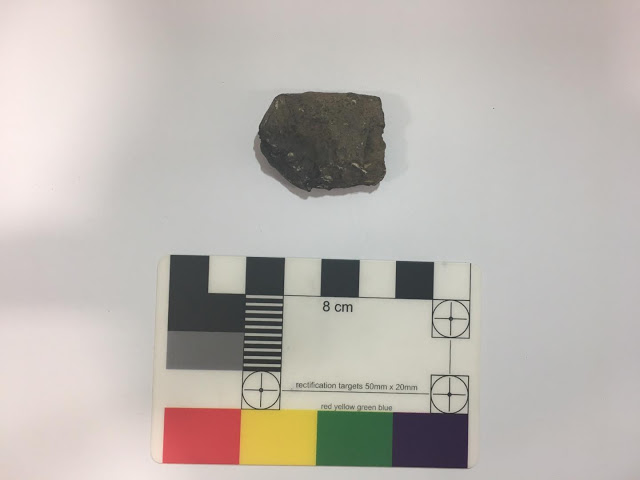 The child in the Cambridge Anglo-Saxon period grave was likely a girl, aged seven to nine years old, and she had a variety of grave goods, including brooches and beads on her chest, and a variety of artefacts, including an iron knife, a copper alloy girdle hanger and an iron ring, together with the dark lump of material, all contained within a bag hanging from a belt at her waist.

The different contexts of the finds point to diverse applications of the material. From pathological indicators on the child skeleton, the team surmise that the birch bark tar may have been used for medicinal purposes as birch bark tar has a long history in medicine, having antiseptic properties.

The tar in the ceramic vessel from Ringlemere might have been used for processing the tar or sealing the container. Both of the tars were found to contain fatty material, possibly added to soften the tar, or, in the case of the container could indicate multiple uses.

Dr Rebecca Stacey from the British Museum's Department of Scientific Research said: "The manufacturing and use of birch bark tar is well known is well known from prehistoric times but these finds indicate either a much longer continuity of use of this material than has been recognised before or perhaps a reintroduction of the technology in eastern regions at this time."

Dr Julie Dunne, from the University of Bristol's School of Chemistry, added: "These results present the first identification of birch bark tar from early medieval archaeological contexts in the UK.

"Interestingly, they are from two different contexts, one in a ceramic pot, which suggests it may have been used to process birch bark into tar and the other as an 'unknown' lump in a child grave of the Anglo-Saxon period. The pathological indicators on the child skeleton suggests the birch bark tar may have been used for medicinal purposes."

Dr Ian Bull, also from the University of Bristol's School of Chemistry, said: "This is a great example of how state-of-the-art chemical analyses have been able to re-characterise an otherwise mundane object as something of extreme archaeological interest, providing possible insights into medicinal practices in the Middle Ages."