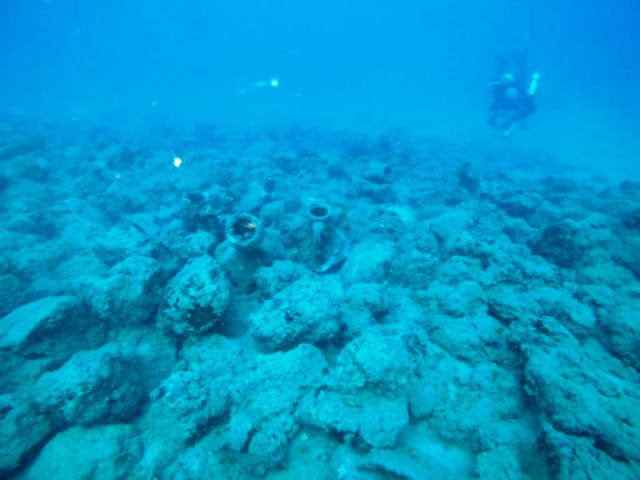 Forty metres down, on the Mediterranean seabed off the coast of Lebanon, the divers knew they were looking at history.

Among the shipwrecks they investigated this month at 11 sites south of the city of Tyre, they found pottery and stone that had been there for more than 2,300 years.

“The shape of the pottery confirms that it dates back to more than 332 BC,” said the Lebanese archaeologist Dr. Jafar Fadlallah.

Mohammed Al-Sargi, captain of the diving team that found the wrecks, is even more certain. “The pottery and stone found on these wooden ships indicate that they were part of the campaign of Alexander the Great, who in 332 BC attempted to capture the city of Tyre, which was then an island,” he said.

“According to the history books, Alexander built a causeway linking the mainland to the island. These vessels might have been used to transport the stone required for the construction of the road, but due to the heavy loads and storms, they might have sunk.” 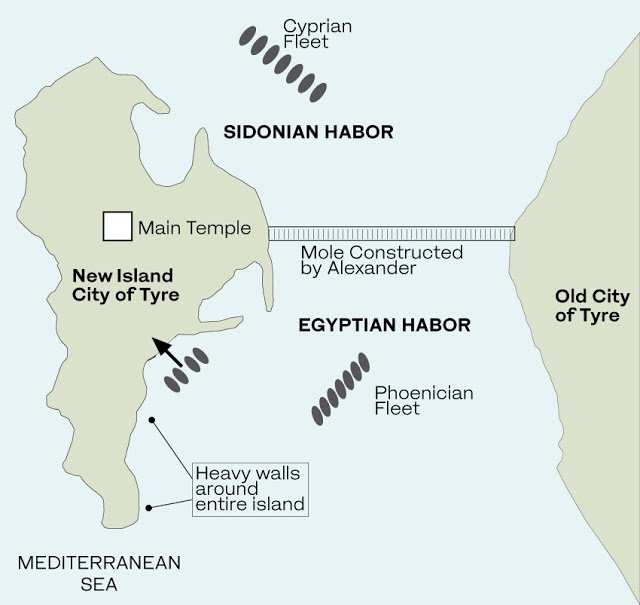 UNESCO recognized the archaeological importance of Tyre in 1979, when it added the city to its list of World Heritage Sites. Lebanon’s Directorate of Antiquities, in cooperation with European organizations, has carried out extensive excavations since the 1940s to uncover its historical secrets.

They have revealed that the ancient maritime city included residential neighborhoods, public baths, sports centers, and streets paved with mosaics. The discoveries date back to the Phoenician, Roman and Byzantine periods.

During the Phoenician era, Tyre played an important role as it dominated maritime trade. It contributed to the establishment of commercial settlements around the Mediterranean and the spread of religions in the ancient world. It also resisted occupation by the Persians and the Macedonians, choosing to remain neutral in the struggle between the two bitter enemies. 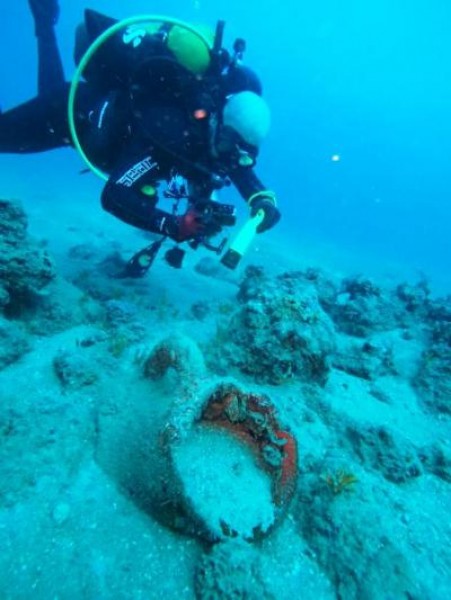 However, Macedonian king Alexander the Great considered gaining control of the island and establishing a naval base there to be a key to victory in the war, and he set out in January 332 BC to conquer it at any cost.

The area in which the diving team discovered the wrecks is “an underwater desert with no valleys or seaweed, a few hundred meters from the coast of Tyre,” said Al-Sargi.

“We found 11 sites, some of them close to each other and others far apart. In each location, there were piles of stones and broken pots.

“We continued to explore the sites quietly to keep away fishermen and uninvited guests. We sought the help of archaeologists, who assured us that the discovery rewrites the history of the city, and specifically the campaign of Alexander the Great. So, we decided to put the discovery in the custody of the General Directorate of Antiquities for further exploration and interpretation.”

The most recent find, which Al-Sargi described as a “time capsule,” is only the latest important discovery made by the team in Lebanon.

“In 1997, the divers discovered the submerged city of Sidon,” Al-Sargi continued. “In 2001, we discovered the city of Yarmouta opposite the Zahrani area. In 1997, we discovered sulfuric water in the Sea of Tyre. We conducted studies on fresh-water wells in the sea off the city coast.

“We are not archaeologists and we cannot explain what we have seen. Our role is to inspect and report to the relevant Lebanese authorities and abide by the law.”

Fadlallah, an archaeologist with 40 years experience of working at Lebanon’s ancient sites, picks up the story to explain what he believes to be the significance of the discovery at Tyre.

“The sites are about 700 metres from where Tyre beach was when it was an island,” he said. “The piles of stones were 50 metres to 200 metres apart and the pots seemed to have been broken by a collision because there was not one left intact. This means that these stones and pots were on ships and there was a violent collision between them.” 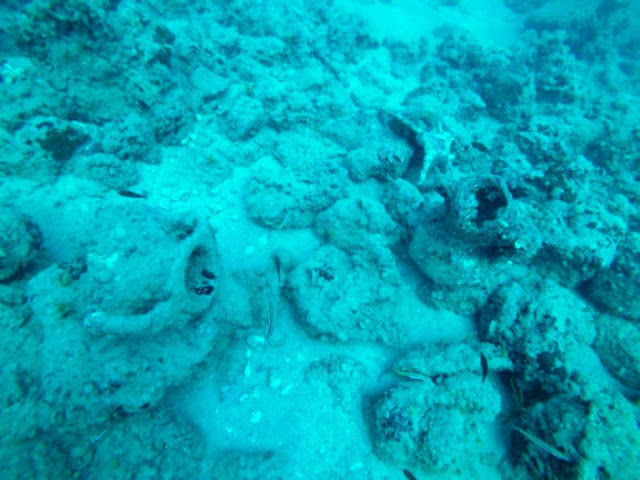 He said that studies of the remains of the pots suggest that they are of Greek origin.

“There are various forms of them,” he said, “and it is clear that the ships that were carrying them were related to the ships of Alexander the Great during his campaign on Tyre, and they appear to have been hit by storms.”

There are, of course, always skeptics — among them Dr. Ali Badawi, director of archaeological sites in the south at Lebanon’s General Directorate of Antiquities. The pots alone did not constitute sufficient “evidence that the ships belonged to the campaign of Alexander the Great,” he said. 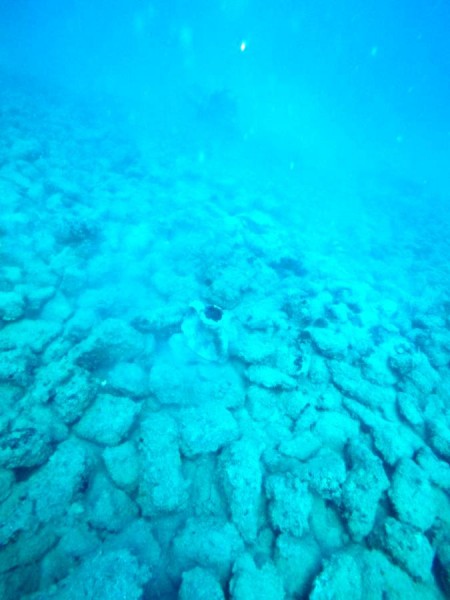 “What was published by the captain of the divers contains unclear details, and the subject should be based on scientific explanations. I think that the sea is wide and piracy was possible at the sites of the submerged ships.

“Exploration operations are taking place in the breakwater area, involving a French mission and Lebanese archaeologists. Before that, a Spanish expedition along with marine archaeologists participated in examining the remains of a ship dating back to the BC era. 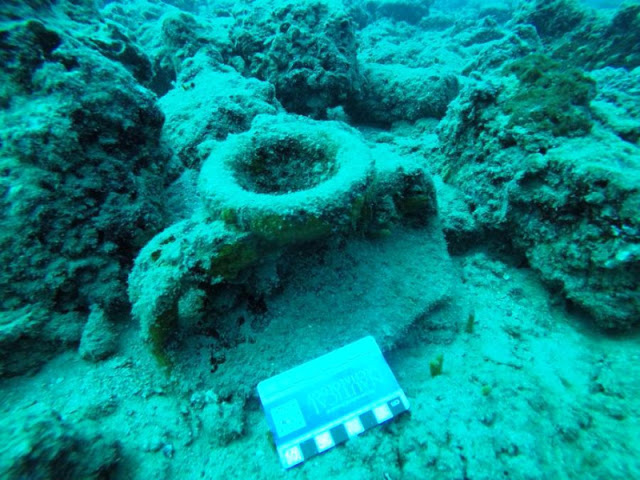 “Ship exploration is very expensive, and the city of Tyre was subjected to numerous military siege campaigns and many ships sank. But this does not mean that we will not investigate this new discovery, according to the instructions of the minister of culture.”