The announcement of the discovery came during a recent conference at the Cervantes Institute, held as part of the Heritage Days in Jordan organised by the EU Delegation in Jordan and the EU National Institutes for Culture on the occasion of the European Year of Cultural Heritage.

A Spanish archaeological team has recently restored a 10,800-year-old painted lime floor unveiled at the Neolithic site of Kharaysin (Quneya, Zarqa), which is considered by the experts as “one of the first locations in the world where communities started building households and grouping as agricultural societies”. 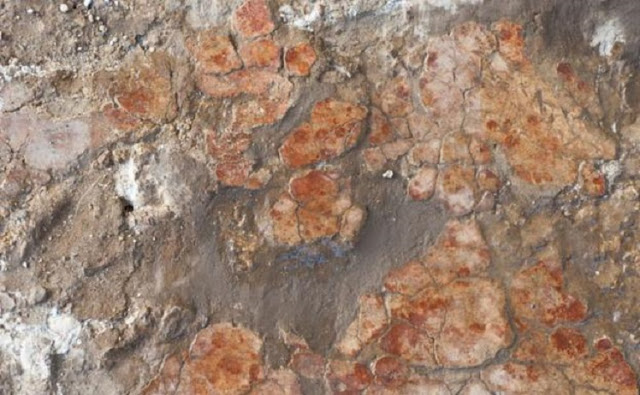 According to archaeologist Juan José Ibáñez, painted mud plaster covering walls dating to the same time frame was previously found at Djade Al Mughara in Syria, but the newly found soil marks the first time that such an early painted lime plaster floor is documented anywhere in the world.

“The new discovery suggests that the use of lime plaster for floors appeared 800 years earlier than previously thought, locating the origin of the use of such floors in northern Jordan,” Ibáñez said, stressing that “the 10,800-year-old floor is testament to the technical advances in pyro-technology achieved by human communities in Kharaysin even before the appearance of plant and animal domestication”.

In addition, a second painted floor dated to 9,800 before present was also unveiled at the site, showing motifs depicted in an abstract spontaneous style.

Both floors have been exposed at an exhibition at the Cervantes Institute and will later be transferred to the museum at the Amman Citadel. 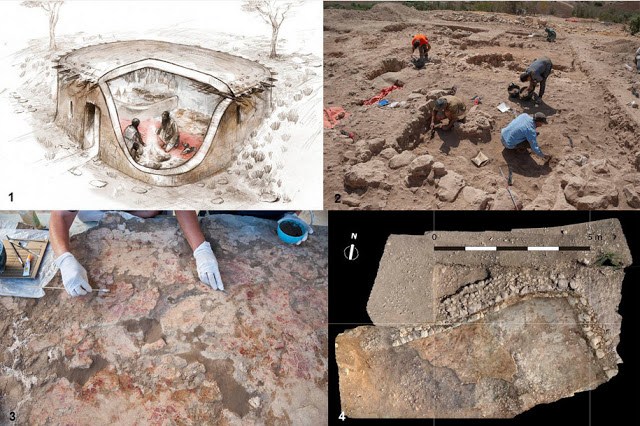 1) Reconstruction of what the hut was like, where the painted floor appeared 10,800 years ago (Drawing: E. Carlson) / 2) Works at the Kharaysin site 3) Process of extraction and restoration of the soils. 4) Remains of the housewhere the paintings of 9,800 years with abstract motifs appeared [Credit: CSIC]

The announcement of the discovery came during a recent conference at the Cervantes Institute, held as part of the Heritage Days in Jordan organised by the EU Delegation in Jordan and the EU National Institutes for Culture on the occasion of the European Year of Cultural Heritage.

During the conference, Ibáñez explained that the lime plaster was produced by burning limestones in excavated pits, while the floor consisted of a rough layer at the base, followed by a layer with finer material and finished with a wash of very fine lime plaster with powdered red pigment on top.

“This procedure shows a high degree of technical sophistication for the time,” the expert stressed.

Regarding the paint found in the floors, the archaeologist noted that “the first was painted red, indicating that this innovation was probably charged with symbolic meaning”, while the second painted floor in the Kharaysin site was created following a spontaneous abstract procedure, which showed that different contemporaneous artistic were already present at domestic spaces during the transition to farming. 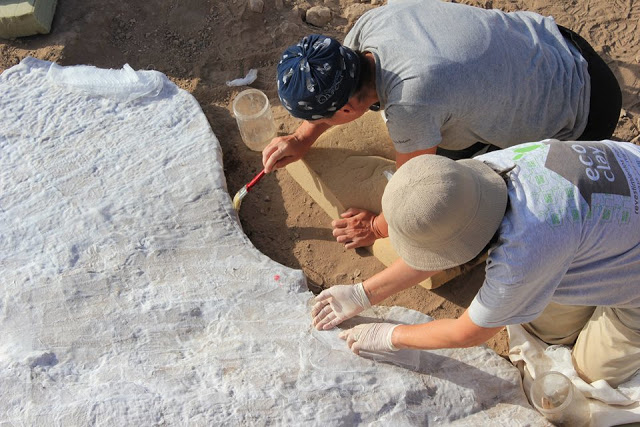 “The discovery of these abstract paintings brings more value to several previous discoveries in Ain Ghazal [located by the Zarqa River, 35km to the south] where, at similar chronology, some plastered floors showed abstract decorations,” Ibáñez pointed out, noting that the unveiled floors also provided evidence of the high technical capacities of human groups towards the development of new hygienic measures, which allowed people to live together collectively in extended communities.

On the sidelines of this year’s campaign to Jordan, the Spanish Archaeological Mission is currently offering a course on documentation in 3D of structures and archaeological objects in cooperation with Yarmouk University, which will run through October 15. The course falls under the frame of the ACERCA programme at the Spainish embassy and provides trainees with knowledge of the skills used by the archaeologists during the campaign.

Asked about the team’s next steps, Ibáñez said that the archaeologists recently found a house in the site where a woman was buried with a pestle, near a mortar broken into two pieces and placed inside the tomb.

“This finding suggests that, in the moment the woman was buried, the mortar was broken and placed inside as a ritual of duel based on the object that she might have used in her daily life, which provides us with more hints on the roles that people in the community started to take,” the architect explained. 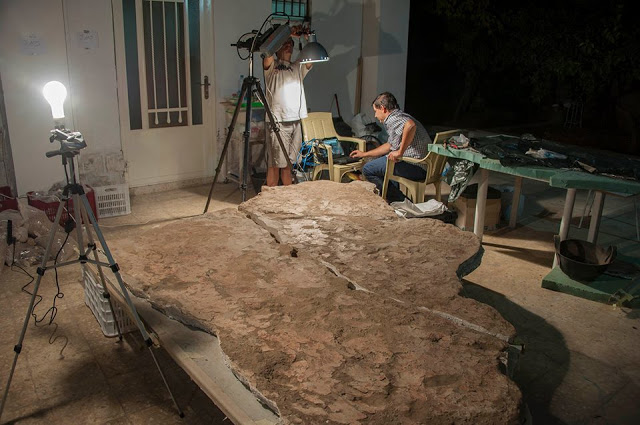 Analyzing the floor of the house [Credit: CSIC]

The team is also investigating a possible water canal bringing water into the homes in the settlement, which would provide evidence of further steps in the process of sedentarisation.