A stone believed to be about 12,000 years old and engraved with what appears to be a horse and other animals has been discovered in France.

The prehistoric find by archaeologists excavating a site in the south-western Angoulême district, north of Bordeaux, has been described as "exceptional".

Markings appear on both sides of the sandstone, the National Archaeological Research Institute (Inrap) said. 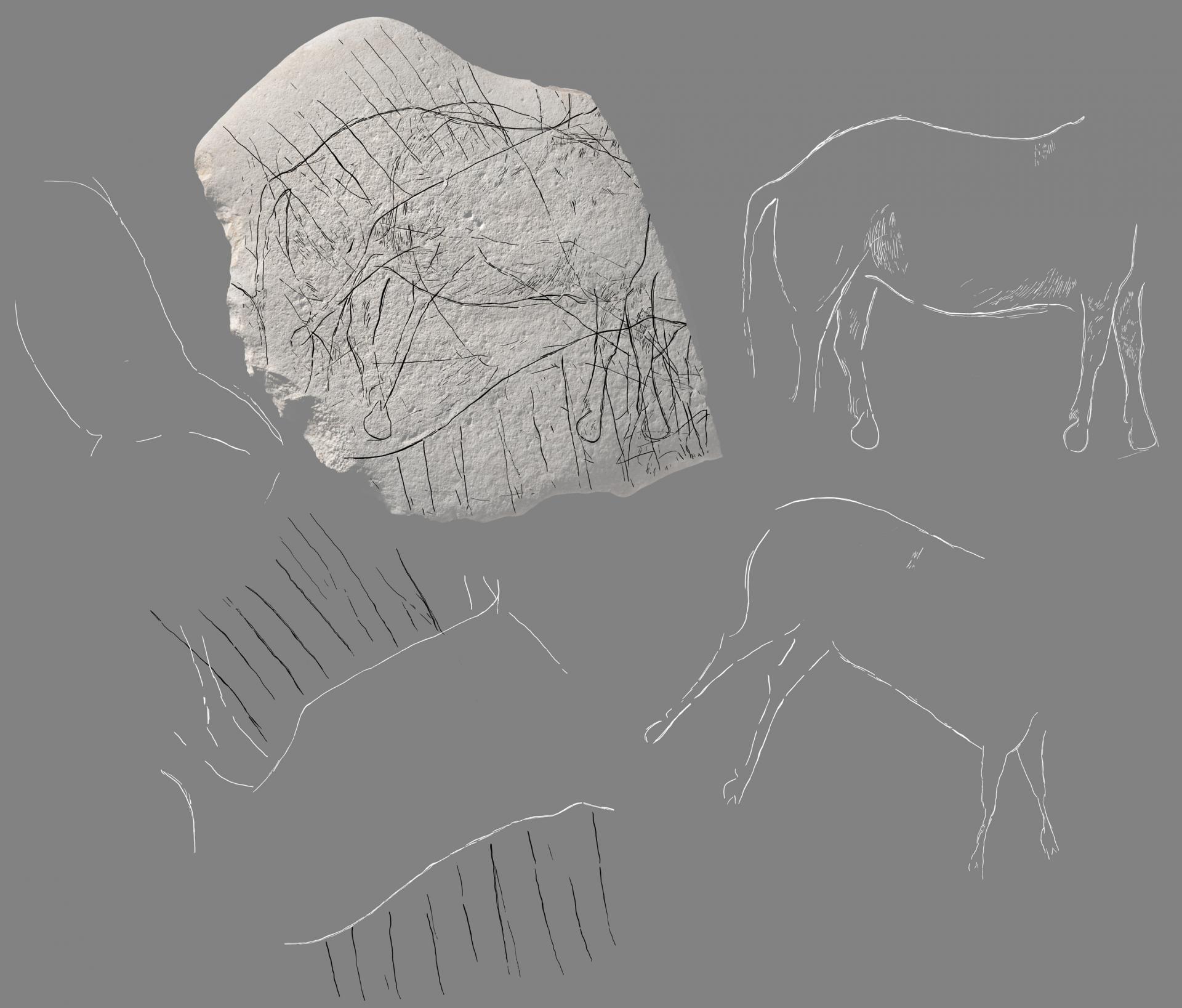 It was found during work at an "ancient hunting site" near Angoulême station.

The Palaeolithic stone plate, which is said to be about 25cm long, 18cm wide and 3cm thick, "combines geometric and figurative motifs", Inrap said.

According to the institute, the most visible engraving is that of a headless horse, which covers at least half of the stone's surface on one side. 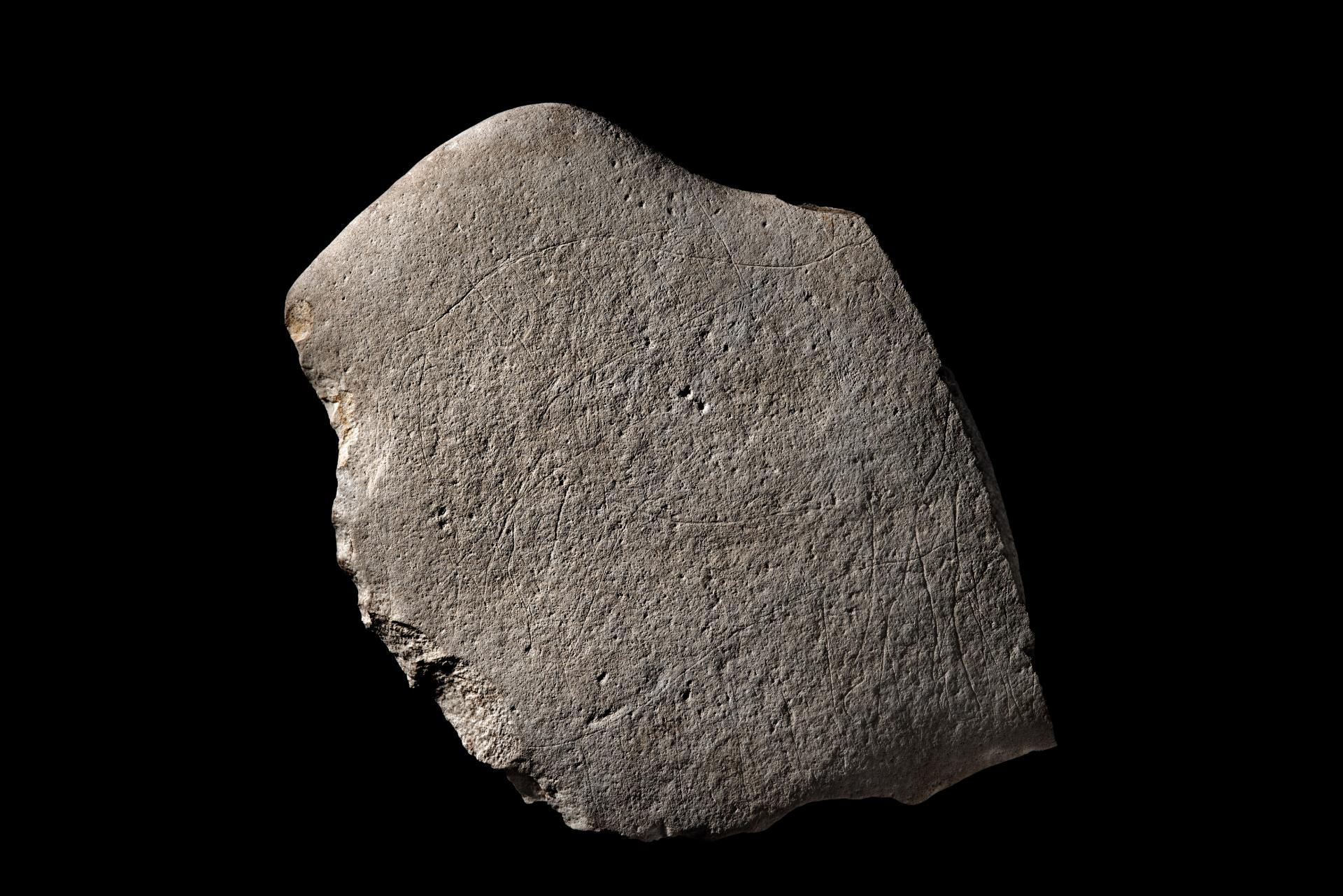 "Legs and hooves are very realistic," Inrap said on its website, adding: "Two other animals, smaller, are also slightly incised."

The other animals featured on the stone are slightly smaller, and could be another horse and a deer - which has a distinct shape to its hooves, the institute said. 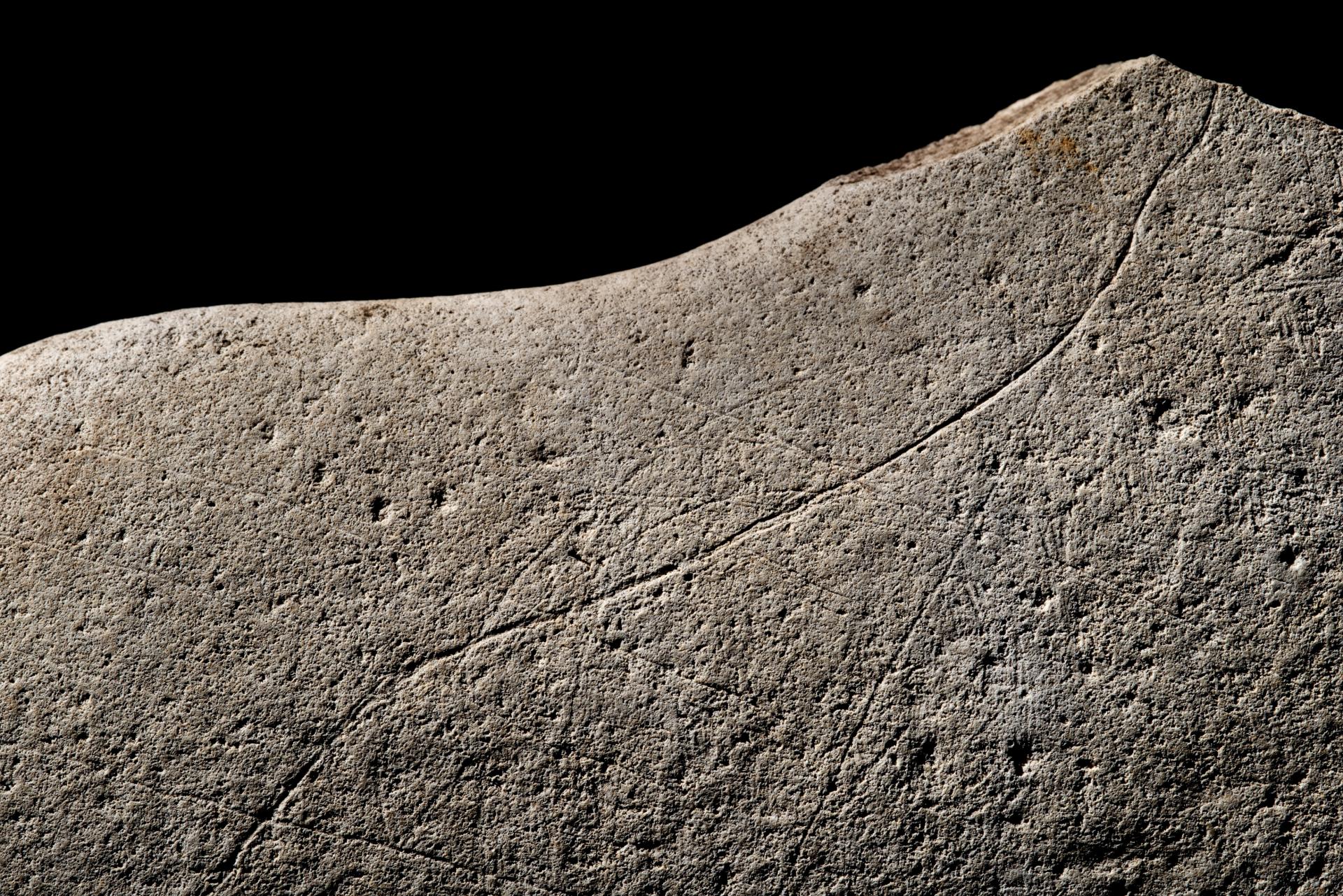 Other items unearthed at the site in Angoulême include rudimentary fireplaces - concentrations of heated pebbles - bone remains of fauna and a flint-sized post.

Arrowheads and cut flints have also been found in the area, suggesting that it may have been used thousands of years ago as a hunting and feasting site. 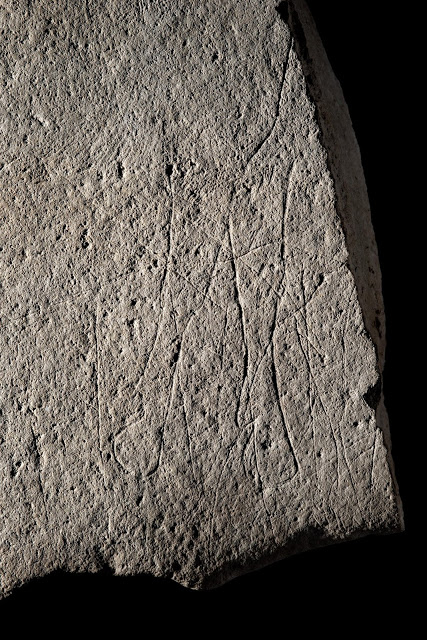 The archaeological discoveries will be presented to the public at a local exhibition between 14 and 16 June. 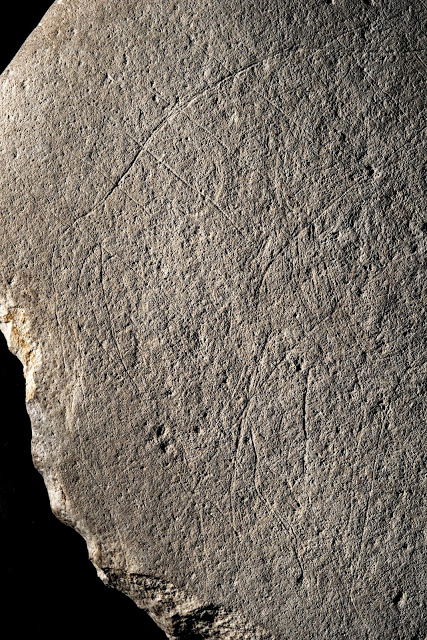 The Palaeolithic period, the larger part of the prehistoric Stone Age, is thought to have begun more than two million years ago and ended around 8,000 BC.