Two children buried at the site had symbols on their skull, from either tattoos or markings that got under the skin and blemished the bone underneath.

One person was buried with a sceptre and another was placed in a roofed chamber - indicating both were of high social standing and may have been priests. The graves also reveal that the majority of the skeletons had their feet removed. 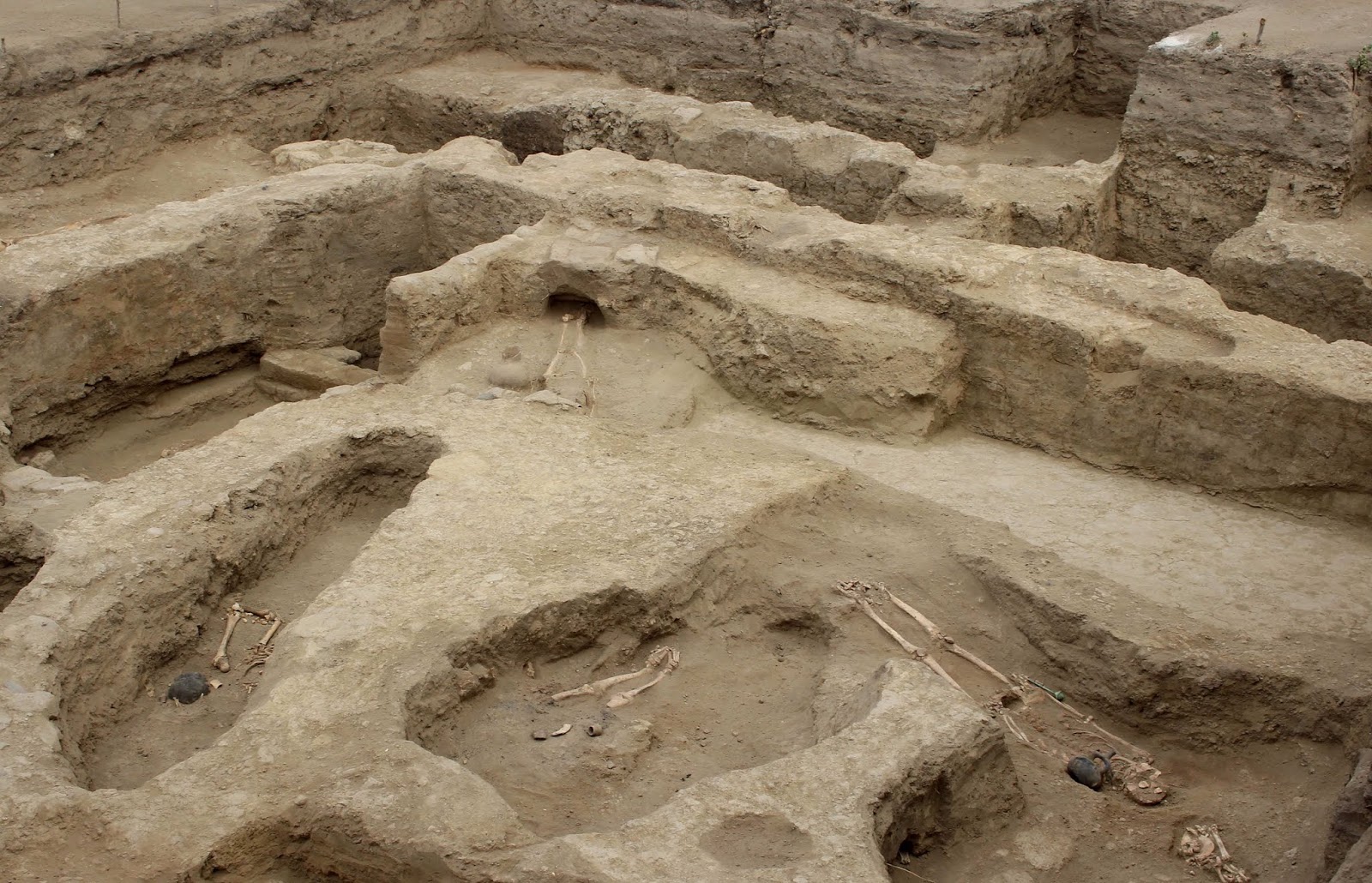 Project director Edgar Bracamonte, from the National University of Trujillo in Peru, said: 'It is unclear whether they were mutilated, we will carry out tests but it is clear that their feet were not there when they were buried.'

The researchers are also still trying to find out who the remains belonged to. The discovery took place at the Huaca Santa Rosa de Pucala archaeological site in the district of Pucala in the north-western Peruvian region of Chiclayo. 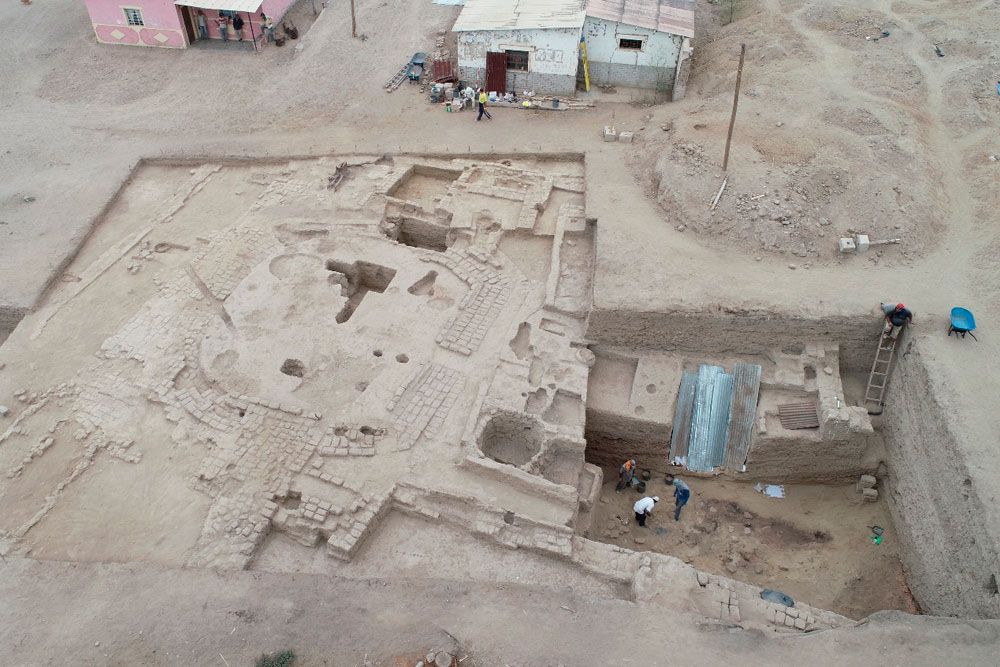 The region is considered a ceremonial hub for the region and it is believed the person buried in the large chamber could have been a religious leader. Mr Bracamonte said: 'We are trying to establish whether he was a priest.'Ceramic and porcelain objects were also found at the site, and scientists hope the discoveries will shed more light on the people who lived there.

The site is several miles from Huaca Rajada, also known as Sipan, a Moche archaeological site that is famous for the tomb of Lord of Sipan. The city of Sipan dates back to 50 to 700 AD, the same time as the Moche Period. 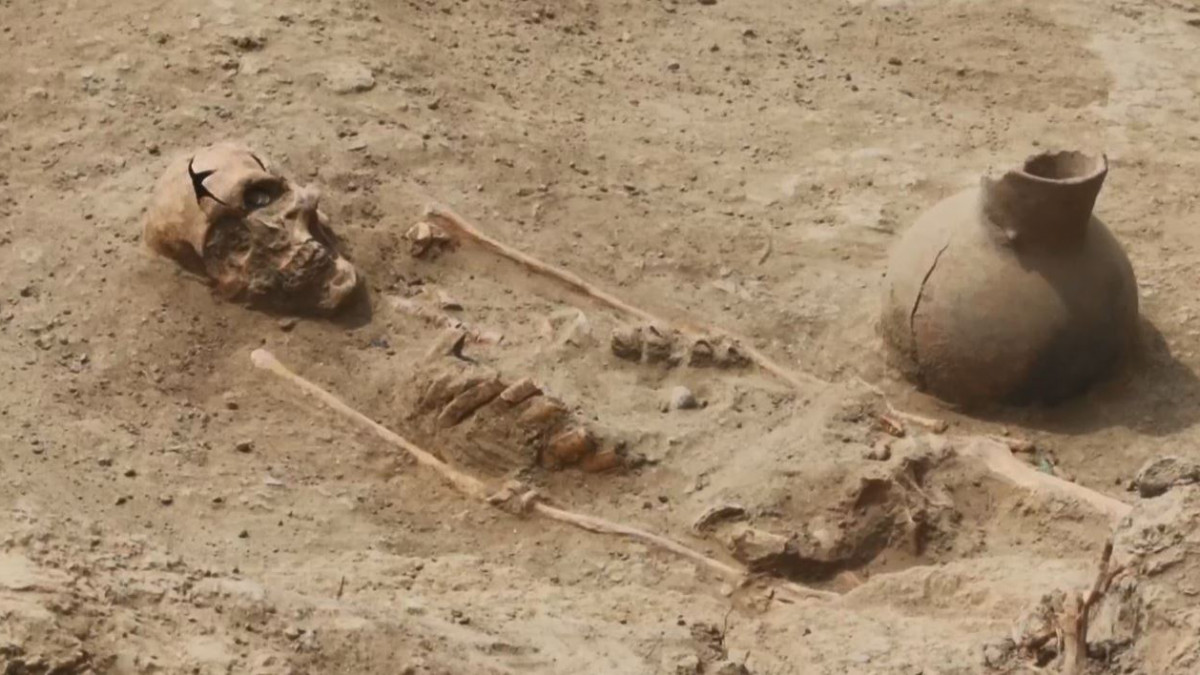 Researchers on the project also discovered a temple that belonged to the Wari culture who flourished in the south-central Andes and coastal area of modern-day Peru from about 500 to 1000 AD.

It is believed the temple was build between 800 and 850 AD and will hopefully answer questions about the pre-Hispanic cultures in the region at that time. 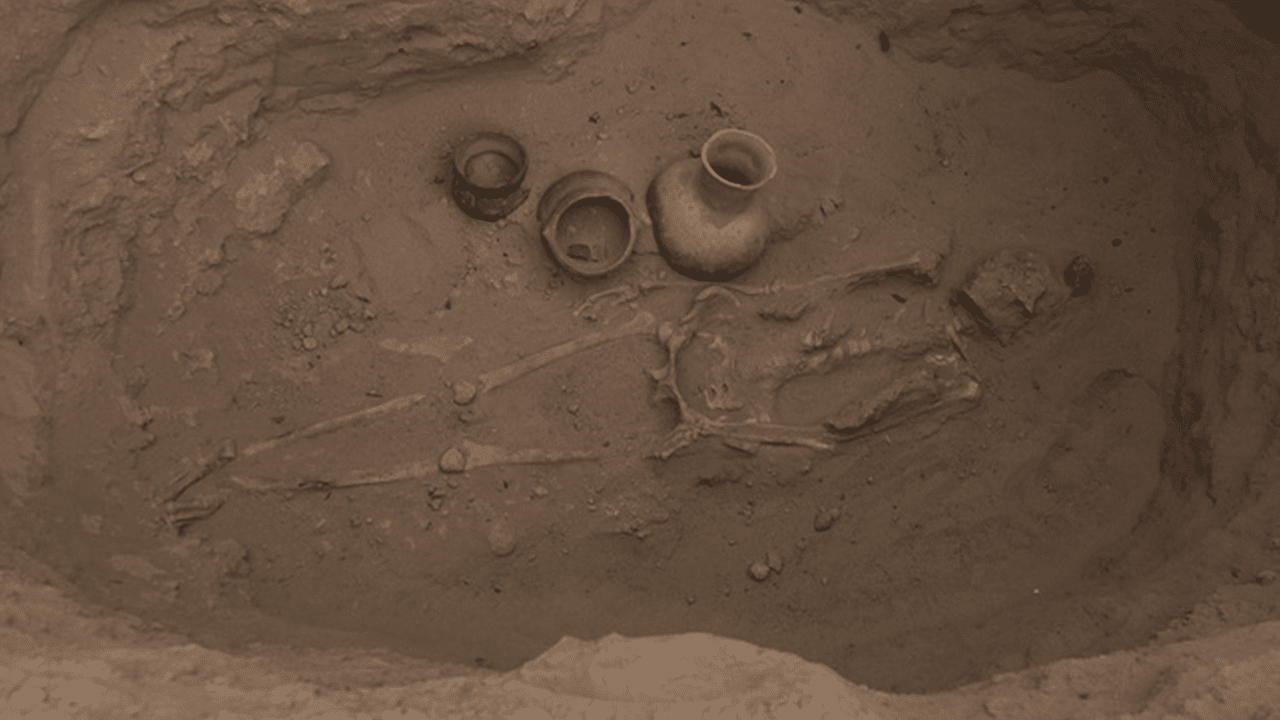 In the temple's cemetery, experts found camel bones, carved objects, bottles and metal items that may have been used as offerings.