Hasankeyf Museum houses artifacts from all periods, it has both archaeological and ethnographical features. 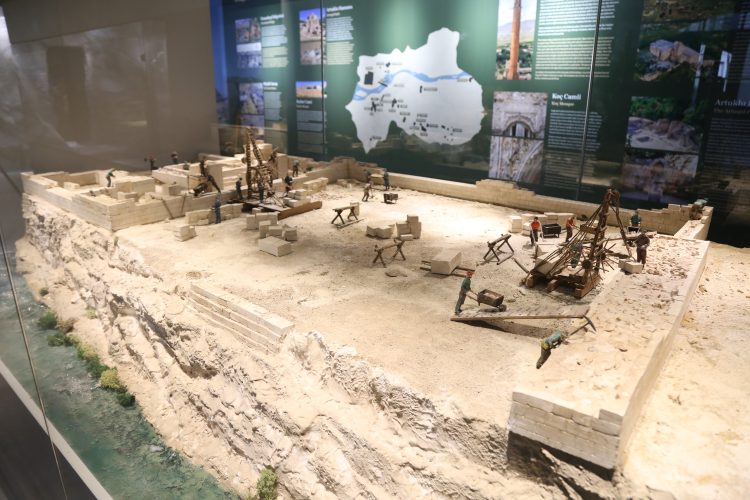 A museum in the southeastern province of Batman hosts some of the most compelling treasures from the early ages of civilization.

By next year, some 4,000 artifacts will be exhibited at the museum after their transfer from neighboring areas.

They will be displayed in chronological order with visual animations that will take visitors back in time.

Lifesize wax sculptures will show visitors how cavemen lived on the banks of the Tigris River. The museum will also house a cafeteria, foyer, conference hall, library, laboratory and children’s education workshop. 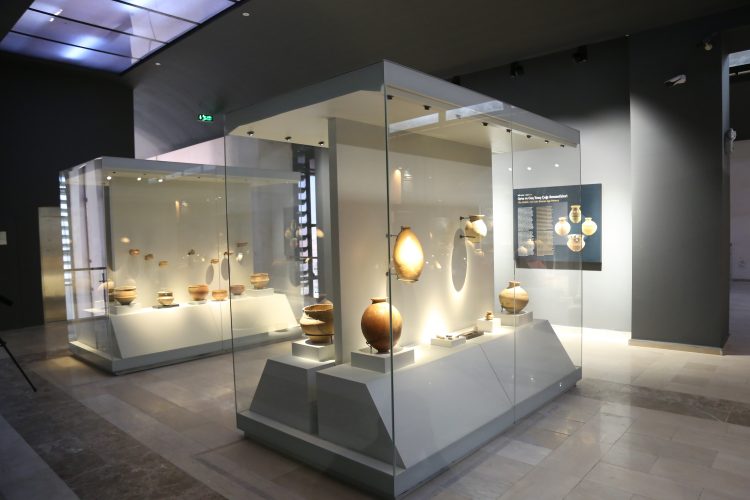 Also, the mockups of Zeynel Bey Mosque, Er Rızk Mosque, Süleyman Han Mosque, Yamaç social complex and the gate of Koç Mosque will be displayed at the museum.

Visitors will be able to reach the museum by boats and through a newly built bridge.

Ali Rıza Altınel, Deputy General Manager of Cultural Heritage and Museums, said that the museum will shed light on the history of the region.

Stating that the Hasankeyf Museum is one of the rare structures built within the scope of the Ilısu Dam, Altınel said the following:

“The museum has two floors and display halls. It was built for the display of many artifacts from the mounds, neighboring cities and villages in the region within the scope of the construction of Ilısu Dam. Especially, we transferred many works from the Hasankeyf old settlement area to an archaeology park. We show the original scaled-down models of these structures in the museum.”

Altınel called for tourism agencies and travel companies to bring tourists to the museum. “We want our guests to see this museum. Perhaps they will not be able to see the old Hasankeyf, but when they want to feel Hasankeyf, I think they will experience Hasankeyf much more by visiting this museum,” he said. 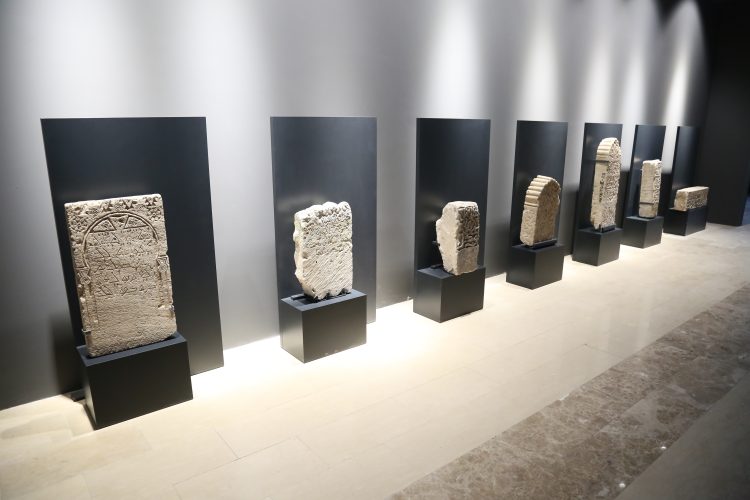 Altınel said that the museum houses artifacts from all periods, adding that it has both archaeological and ethnographical features.

Starting from the prehistoric period, the museum has many works from Roman, Artuqid and Ottoman periods. At the same time, it contains Hasankeyf’s contemporary, cultural and artistic life and aesthetics. The museum is both an archaeological museum and has ethnographic features. Due to these features, it reflects all kinds of culture from past to present, Altınel said.

He said that more than 4,000 works will be exhibited in the museum 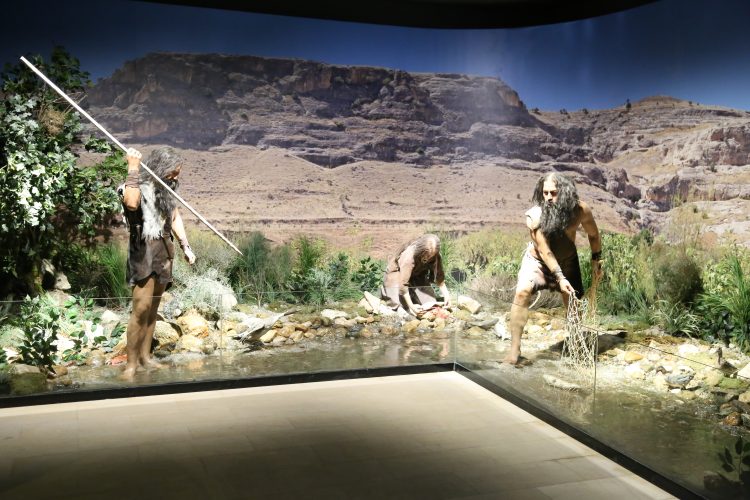 “In terms of cultural assets, I think that we have accomplished an important work by saving Hasankeyf and many archaeological artifacts and taking them to the archaeological site or preserving them in our museum. We have 1,453 artifacts on display, but there are many more under restorations in storage. More than 4,000 archaeological finds will be exhibited here when everything is finished,” he said.

Hasankeyf, located 32 kilometers southeast of Batman, was declared a conservation area in 1981. There are nearly 6,000 caves around the town which provide insight into the Christian and Muslim civilizations that inhabited the region. It also has a Byzantine fortress.

The museum includes artifacts excavated by teams from the Ilısu Dam, a project that will generate electricity for southeastern Turkey. As teams started filling the dam downstream, the historic city of Hasankeyf had to be evacuated.