Turkish researchers Prof. Dr. Fatma Zeynep Aygen and Orhan Sakin presented the results of a long study of the Ottoman Empire’s official documents, which are related to Lord Elgin and stressed the fact that: “All the firmans as well as their contents, were written in a special book “.

For years, the British Museum has claimed that there was an Ottoman ferman (edict) that allowed Lord Elgin to plunder the Acropolis and remove the Parthenon sculptures from the monument.

The museum’s claim has never been substantiated with actual proof that the Sultan had allowed for the destruction of the monument to take place as there is no document to directly support this.

According to experts, Lord Elgin plundered the Acropolis monument without the Sultan’s permission. This argument defies the British Museum’s claim that there was an Ottoman firman that allowed him to take the sculptures.

According to the British Museum, Elgin removed the Parthenon Sculptures with permission from the Sultan, however this document is not saved, and what the Museum has in its archives, is a later translation into Italian, of a friendly letter from Kaimakam Pasha, authorizing Elgin to take casts of the sculptures but did not authorize him to cause any damages to the monument, says the Honorary General Director of Antiquities, Eleni Korka. 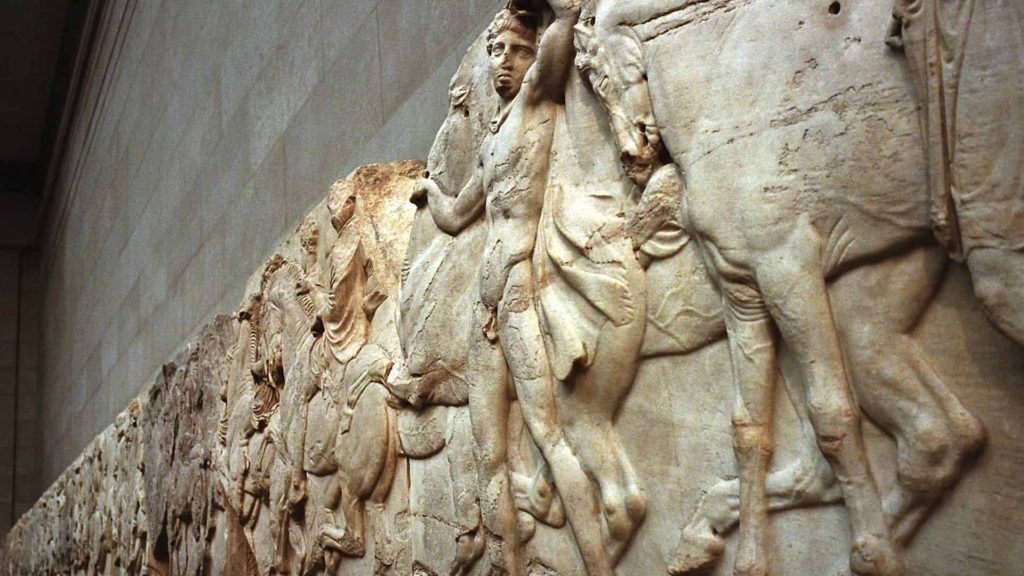 Ms. Korka also stressed the fact that the letter was not by the Sultan himself but by Kaimakam Pasha, who was in Constantinople at the time, replacing the Grand Vizier, and is not an official Ottoman document.

The British argue that they have other documents besides this, however, Iranian researcher Sarian Panahi, one of the few historians who can read Ottoman Turkish and has researched all official documents of the Ottoman Empire, underlines that there is no firman for the transfer of the sculptures.

This fact was confirmed by two Turkish researchers in an interview they gave at the Acropolis Museum. In particular, Turkish researchers Zeynep Aygen and Orhan Sakin presented the results of a long study of the Ottoman Empire’s official documents, which are related to Lord Elgin and stressed the fact that: “All the firmans as well as their contents, were written in a special book “.

Sakin rejected the British claim that Elgin’s documents gave him the permission to export the Marbles. “First of all, this was not a firman. Perhaps, it was a personal letter, but not a firman. The firman could only be signed by the Sultan, not by the Pasha. There was only a permit to visit”, said the Turkish researcher.