Bulgarian and French archaeologists have discovered an impressive tomb from the second half of the 4th and the beginning of the 3rd century BC during the course of rescue excavations on the northern slope of the Budjaka Hill.

In the embankment, with an area of ​​about 180 square metres, they discovered the largest family tomb known since the studies of the necropolis of Apollonia. It has a rectangular shape, 6.2 x 8 metres.

The outer walls are made of massive well-formed blocks without cementing. It revealed the skeleton remains of two women and one man, probably members of a rich Apollonian family. 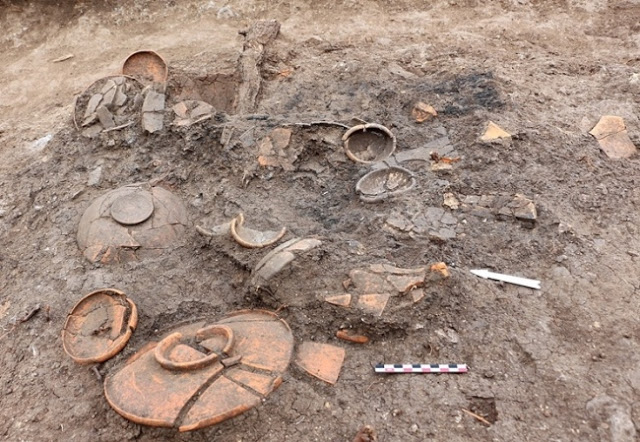 Two of the graves are of the cist type in which the rectangular grave chamber and the coating are made of solid stone blocks. In the central grave there is a scattered burial inventory.

The walls of the burial chamber are coloured in red. The analysis of the findings leads to the scientific hypothesis that the grave is for a woman. 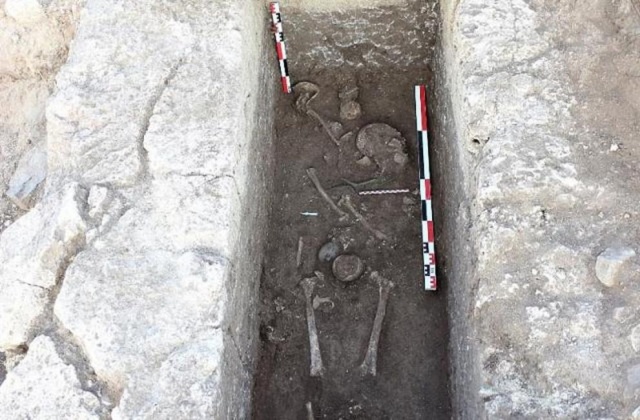 A similar tomb was found in the southeast corner of the necropolis. In it are laid the remains of a male with richer and varied tomb gifts - two bronze skyphoi and pottery, including oinochoe and lekythoi.

The remains of a woman were laid on the stone cover of the second grave, which was then covered with a mound.

Preliminary analysis indicates that the tomb is from the time when the Black Sea polis and surrounding Thracian dynasties were conquered by the Macedonian Empire of Alexander the Great and his successor Lysimachos.