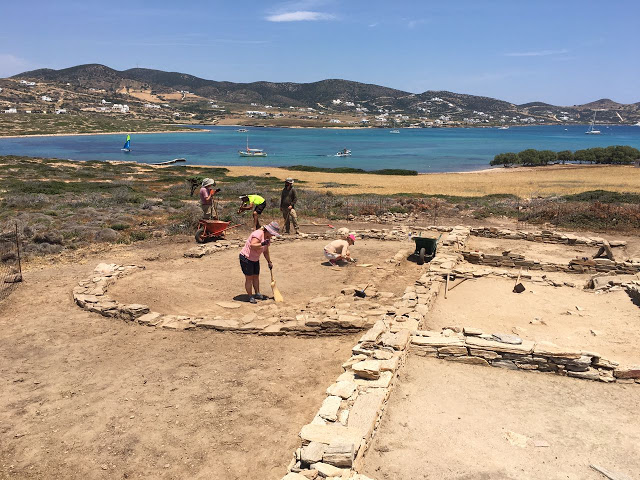 The excavation focused on areas surrounding the temple and on buildings outside of it while very important were the finds of the short research on the islet Tsimintiri.

The surprise of this year's excavation was found on Tsimintiri. The islet is located between Antiparos and Despotiko and in the ancient years it was united with Despotiko and probably with Antiparos. 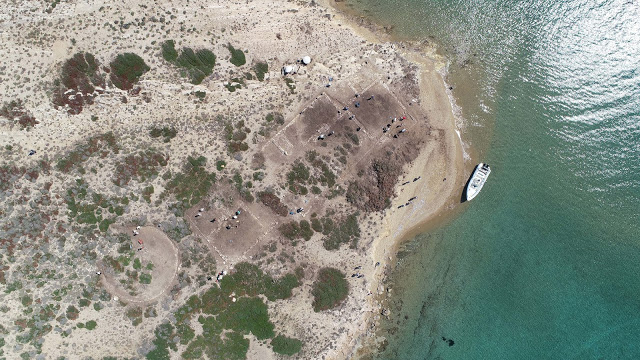 In 2011, four buildings were found and this year the search continued at the northeastern part of the islet. Under the dense vegetation and very close to the coast were located five big buildings. 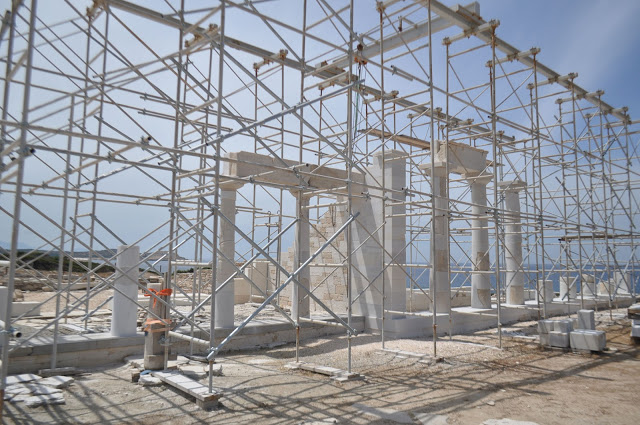 Restoration and masonry maintenance works carried out at the site  [Credit: Hellenic Ministry of Culture] 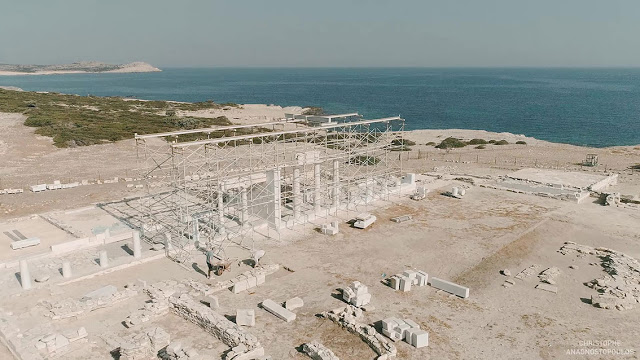 The size, the construction and the position of the building indicate buildings probably connected with the operation of the port. The works were held between 3 May and 5 July.

The site of Mandra contains an extensive sanctuary complex dedicated to Apollo that reached its apex in the Late Archaic period, and the 6th century BC in particular.