Following the Roman conquest, it appears that the British people living at this settlement were early adopters of Roman pottery. 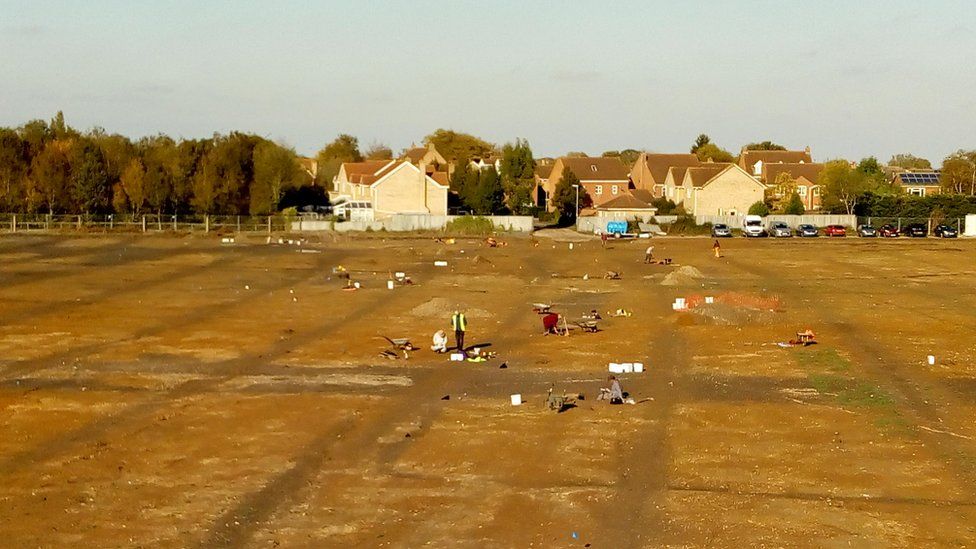 Earlier this year, OA East completed a seven-month excavation on the outskirts of Warboys, Cambridgeshire. This 4-hectare site produced late Iron Age, Roman and Saxon remains and hosted a team of volunteers.

The excavation followed an evaluation of the site which was undertaken by OA East in May 2018. From this, it was suspected that were extensive Roman remains at the site, and the recovery of some characteristic pieces of worked antler and pottery hinted at some post-Roman activity.

Returning for the main excavation later that year, it soon became clear that the site was very rich in later prehistoric and Roman archaeology. These remains included a substantial late Iron Age settlement, containing several roundhouses which, unsurprisingly, had entrances that faced towards the east, therefore, conforming with the broader national trend. Three crouched inhumation burials were also discovered, with the absence of grave goods, and these perhaps form the corporeal remains of those who lived in the settlement. 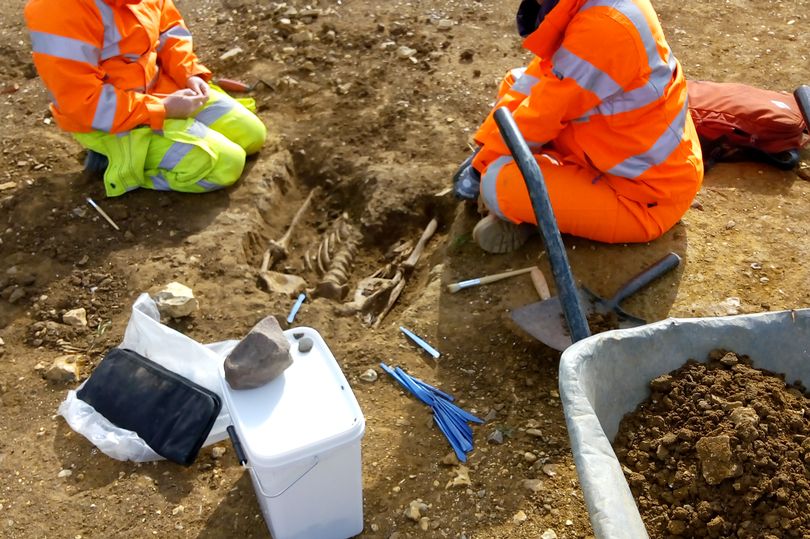 Following the Roman conquest, it appears that the British people living at this settlement were early adopters of Roman pottery. It also seems that there was a reorganisation of the settlement area, with the establishment of a large boundary ditch and the creation of rectangular plots across the, by then abandoned, late Iron Age houses.

Two trackways appear to converge to the west of the excavation area, which was perhaps the centre of the settlement, which now lies beneath the local football club. The more substantial of these trackways had roadside ditches, which were maintained throughout the Roman period, and it therefore seems to represent the principal route in and out of the settlement. It was also clear that throughout the Roman period, this settlement gradually expanded along the line of this arterial route to eventually form a characteristic ‘ladder enclosure’.

As is often the case, the Roman settlement contained abundant evidence for rural activities and industry in the form of kilns, slag, and crucible fragments, copious amounts of pottery wasters, and a very large corn dryer with a 4.6m diameter. Possible ‘craft areas’ defined by cobble surfaces also lay adjacent to the main trackway. 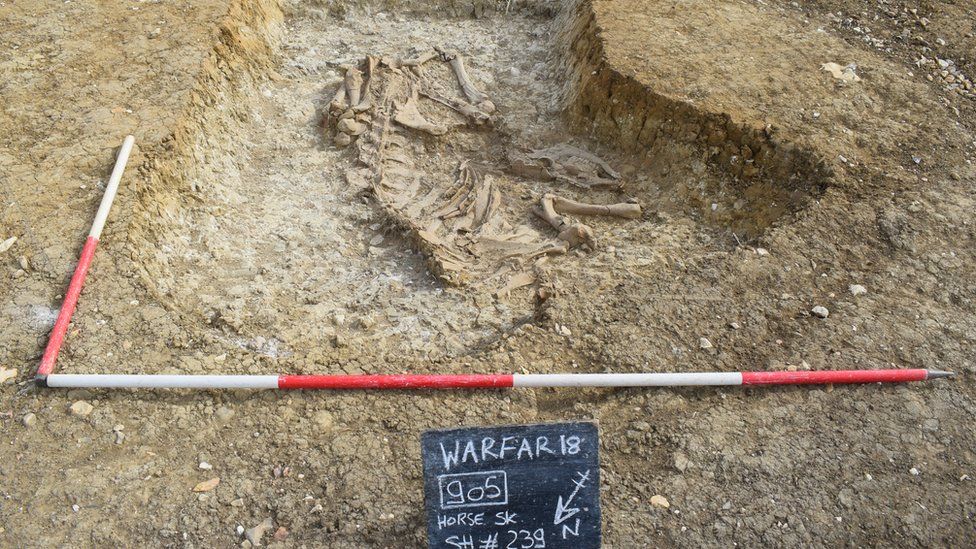 In addition, outside the main occupation area, there was evidence for burial, in the form of both cremations and inhumations, the latter of which comprised six north/south orientated skeletons. It doesn’t end there, however, as we also seem to have stumbled upon a shrine, comprising a circular structure and an associated rectangular enclosure, within which were three neo-natal burials. Other evidence for possible ‘ritual’ activity included the deliberate deposition of cattle skulls within individual pits and ditch terminals.

Interestingly, there was some evidence for later Roman or even early post-Roman activity, as two large rectangular posthole structures were present, which post-dated the main Roman trackway. Three extended east/west-aligned adult inhumations and an accompanying juvenile burial might also date to this period and were buried with a bead necklace and a bone-carved hairpin in the shape of an axe. 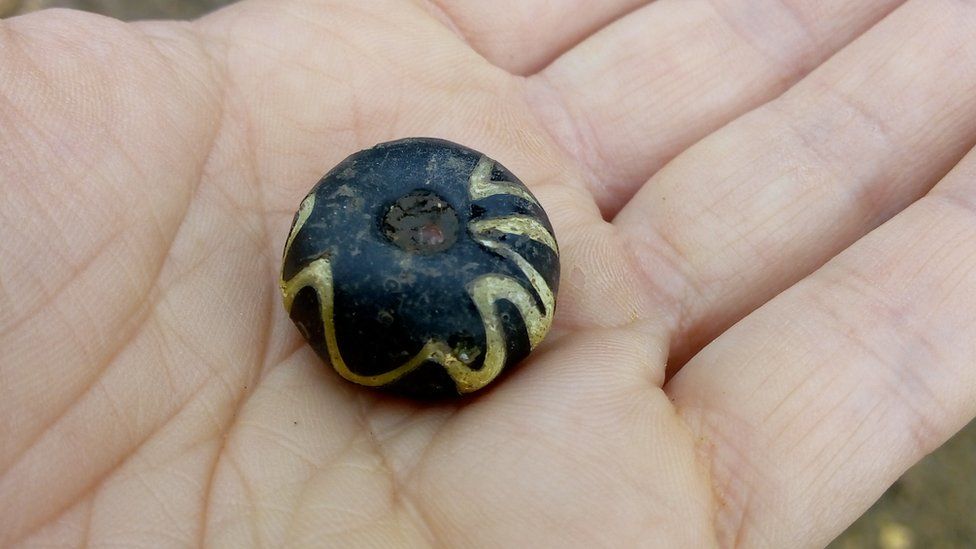 However, it is worth noting that activity dating to the fifth and sixth centuries is very rare and, whilst the evaluation produced possible fifth-century pottery, we’ll have to wait to see what the finds specialists come up with regarding the possible continuation of occupation into this period.

Whilst there was no evidence for Saxon structures dating to sixth to seventh centuries, it seems likely that the site was associated with industry or craft production during this period, on the basis of recovered artefacts. 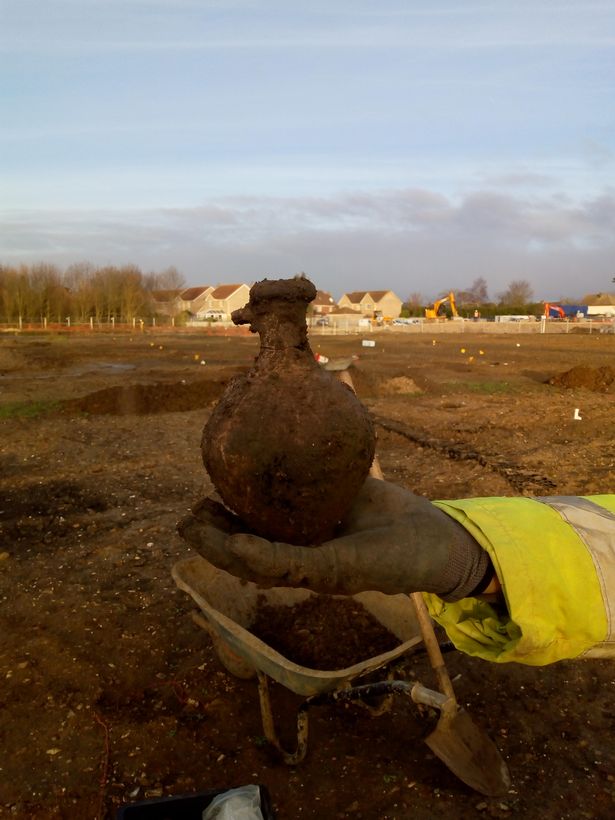 This material included pottery, beads, worked antler, and metalworking residues, much of which came from the upper fills of Roman features. However, after the seventh century, virtually all activity at the site ended and the land was given over to agriculture.