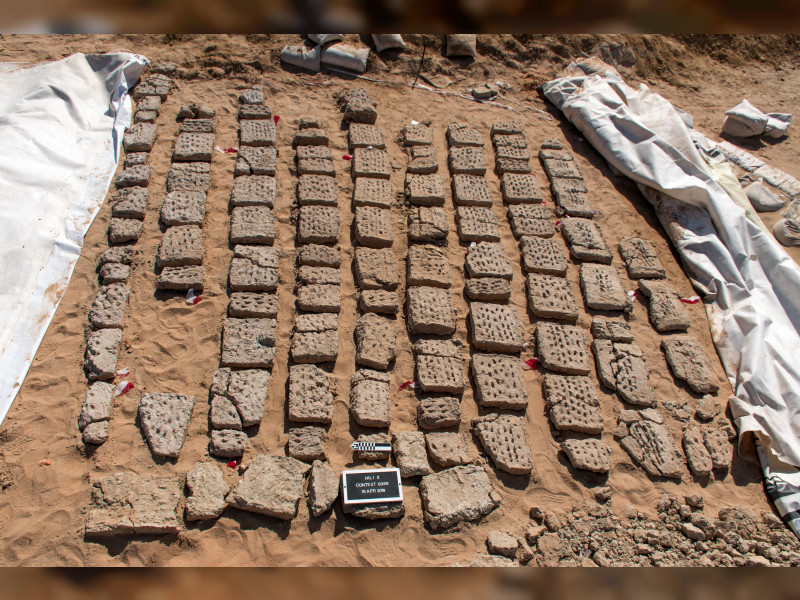 Fingerprints from 3,000 years ago have been discovered at Al Ain’s Unesco World Heritage Site, according to the Department of Culture and Tourism-Abu Dhabi.

The findings at the Hili 2 archaeological dig provide an important insight into the daily lives of the UAE’s Iron Age inhabitants, including their methods of cooking, house-building techniques, types of crops farmed, as well as evidence of communal activities.

“The research at Hili 2 reveals an unparalleled window into the past,” said Mohammad Khalifa Al Mubarak, chairman of DCT Abu Dhabi. “The archaeological results illustrate how our ancestors used available materials, in a sophisticated and optimal fashion, to build houses and buildings that would last for millennia.
Vibrant and successful society

“The ancient people of Hili created a vibrant and successful society using techniques such as the falaj, which continue in use until this day. We have also gained insight into aspects of their day-to-day lives; the tools used to cook meals for their families and which crops they were tending to out in the fields,” he added.

“It is part of our mission at DCT Abu Dhabi to preserve and promote our treasured heritage, and we are thrilled with the results of our investigations. Our heritage has profound cultural value, not only at national level, but also at global level,” Al Mubarak said. 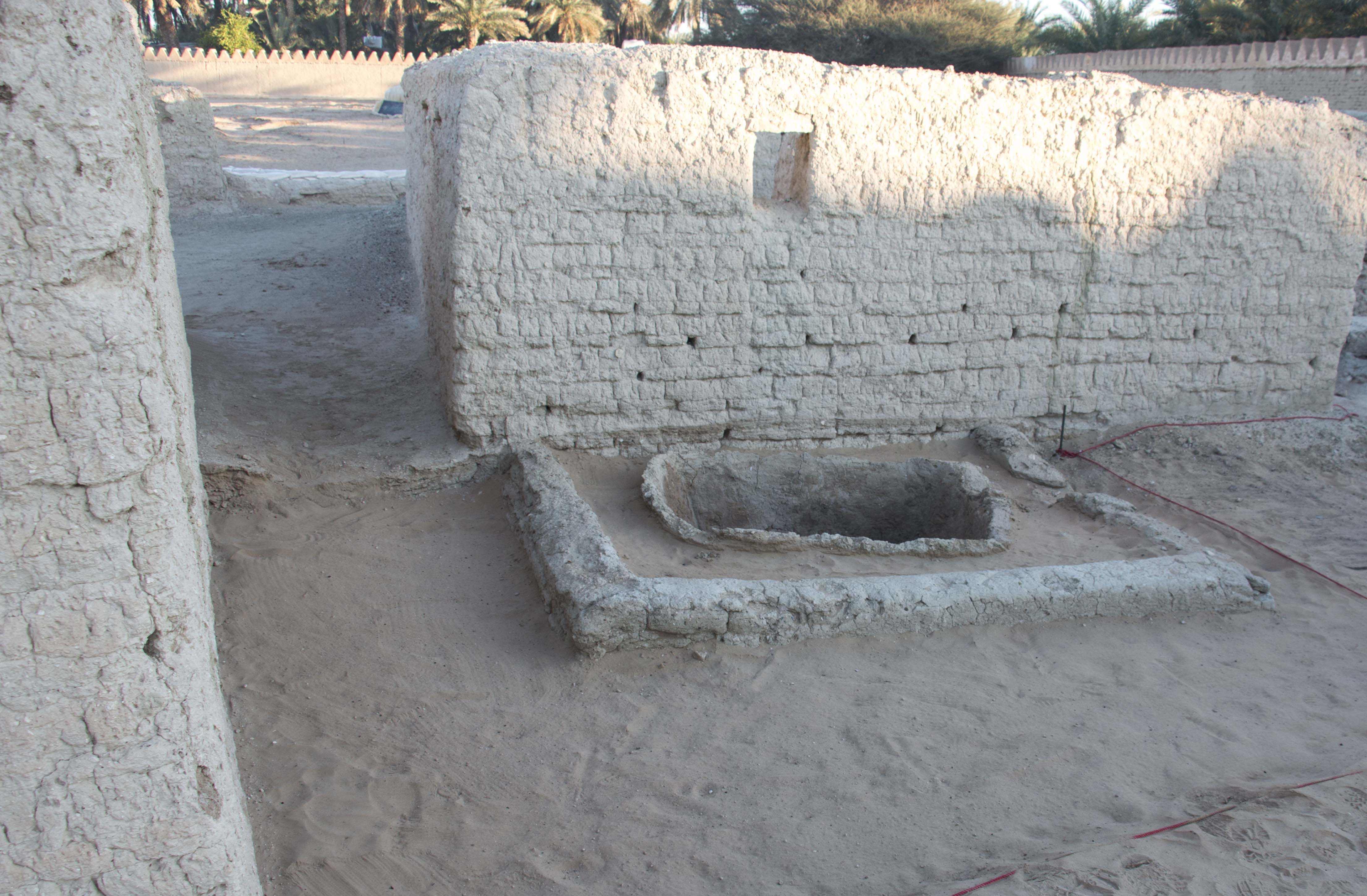 Hili 2, located in the Al Ain region near Hili Archaeological Park, was originally excavated during the 1970s and 1980s. Those excavations revealed very well-preserved houses that formed the centre of an important ancient village. The preservation of the houses was such that the walls stood standing to the level of the roof in some of the buildings.

Beginning in 2018, the site was the focus of new work by archaeologists and conservators from DCT Abu Dhabi. Conserving the site led to new investigations of each of the houses. Many new techniques of investigation, not available during the earlier work, were used.

Most of the examined bricks had fingerprints... 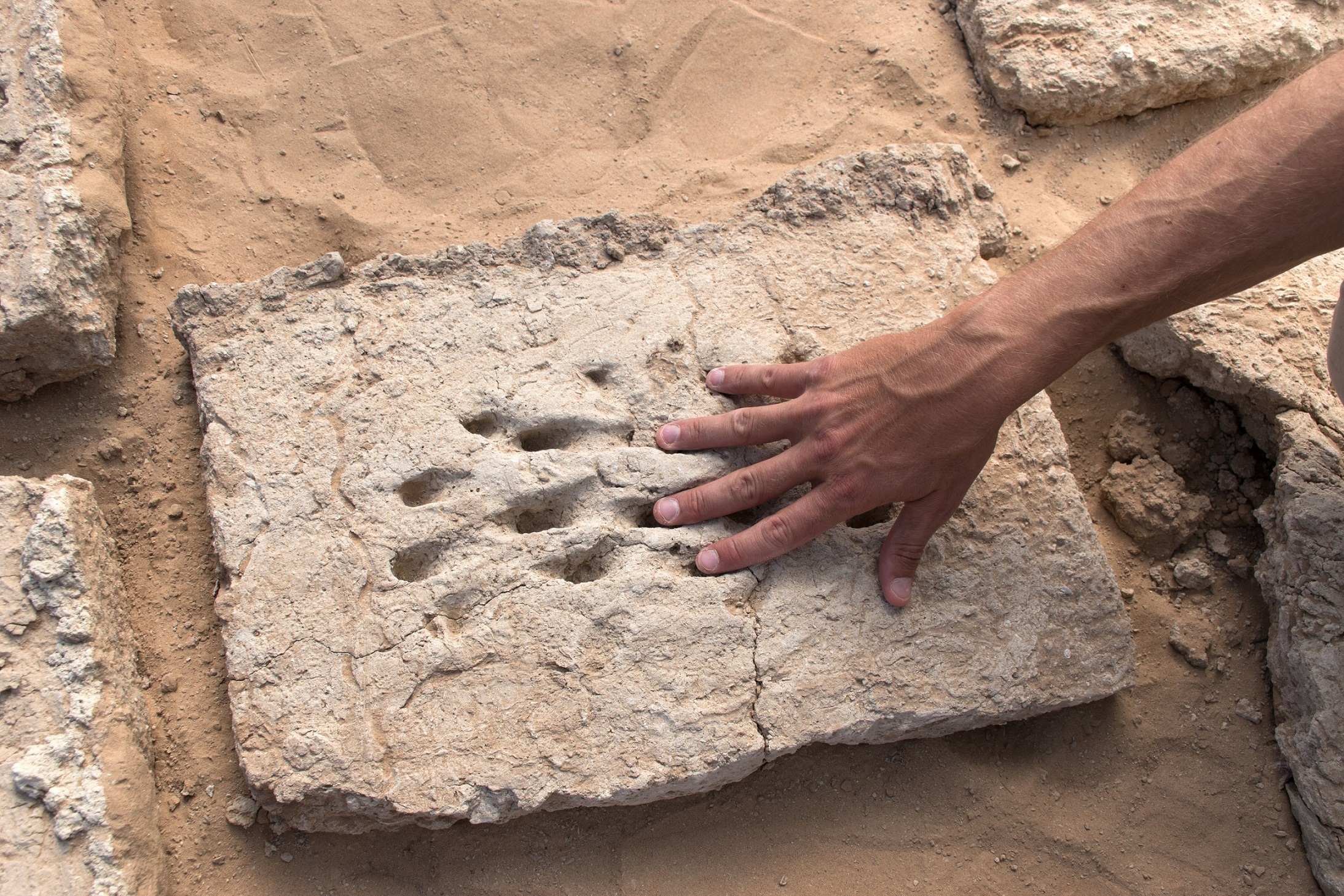 The investigation of house construction resulted in the most thrilling discovery of all for the DCT Abu Dhabi team. They carefully examined a collapsed wall to determine how bricks were used in construction, as well as what type and how mortar was employed to hold the bricks in place. In cleaning the wall, they were amazed to discover the fingerprints of those who had made the bricks 3,000 years ago.

These bricks had been made in pre-formed moulds, with the craftsmen then using their hands to create patterns in the bricks to hold the mortar. Most of the examined bricks had fingerprints, though as to how many people they belong is not yet known. 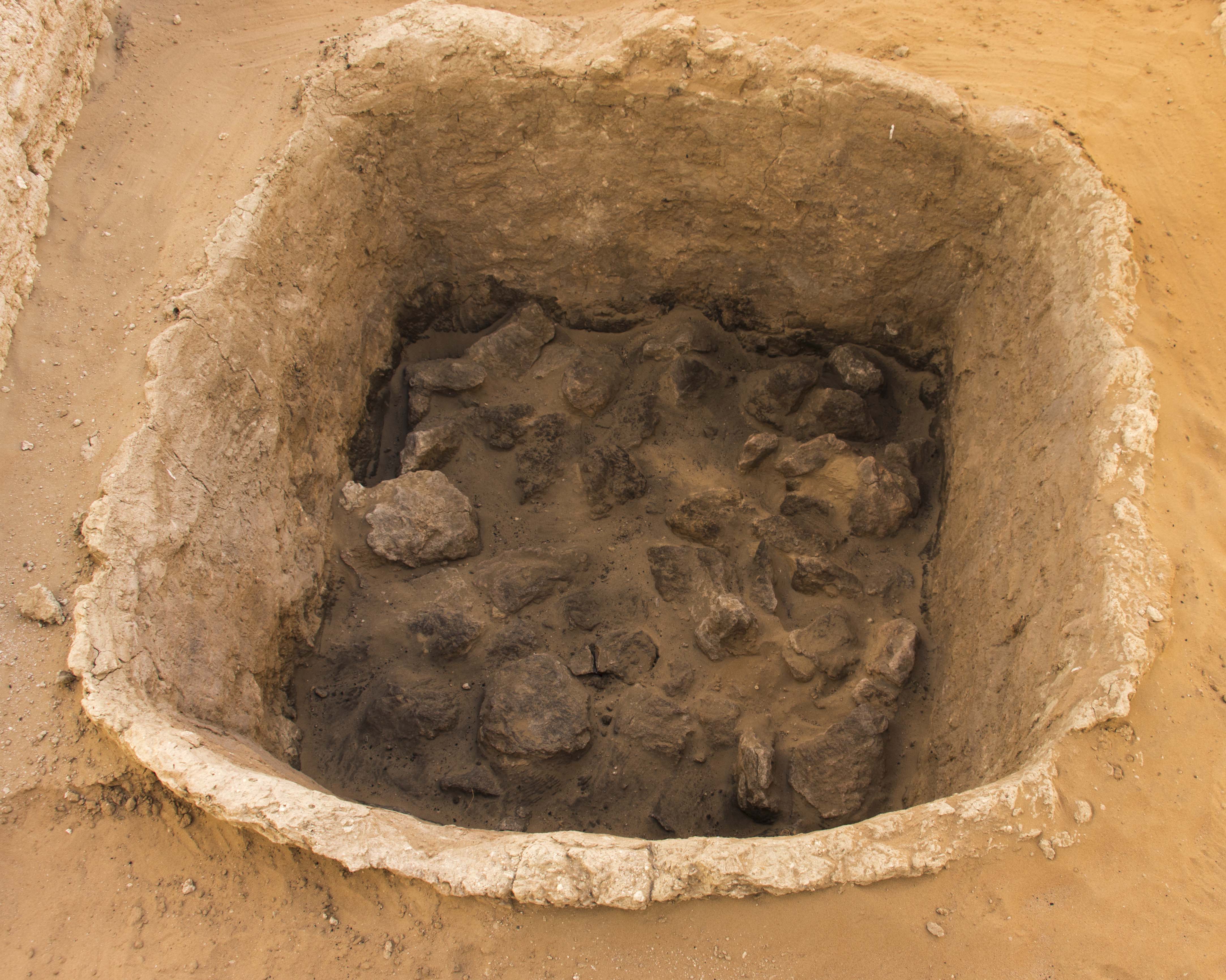 DCT Abu Dhabi archaeologists are examining the possibility of attempting to lift the fingerprints from the mudbricks for forensic analysis.

Important new insights into the daily lives of Hili’s ancient occupants have also been gleaned from this work. In several parts of the settlement, well-preserved ovens have been revealed, built from clay and containing dozens of burnt stones. The ovens are immediately recognisable as a type of tannour used for cooking, similar to those used in the recent past. The stones would have been heated and then animal meat, likely from sheep or goats, would have been slowly cooked. 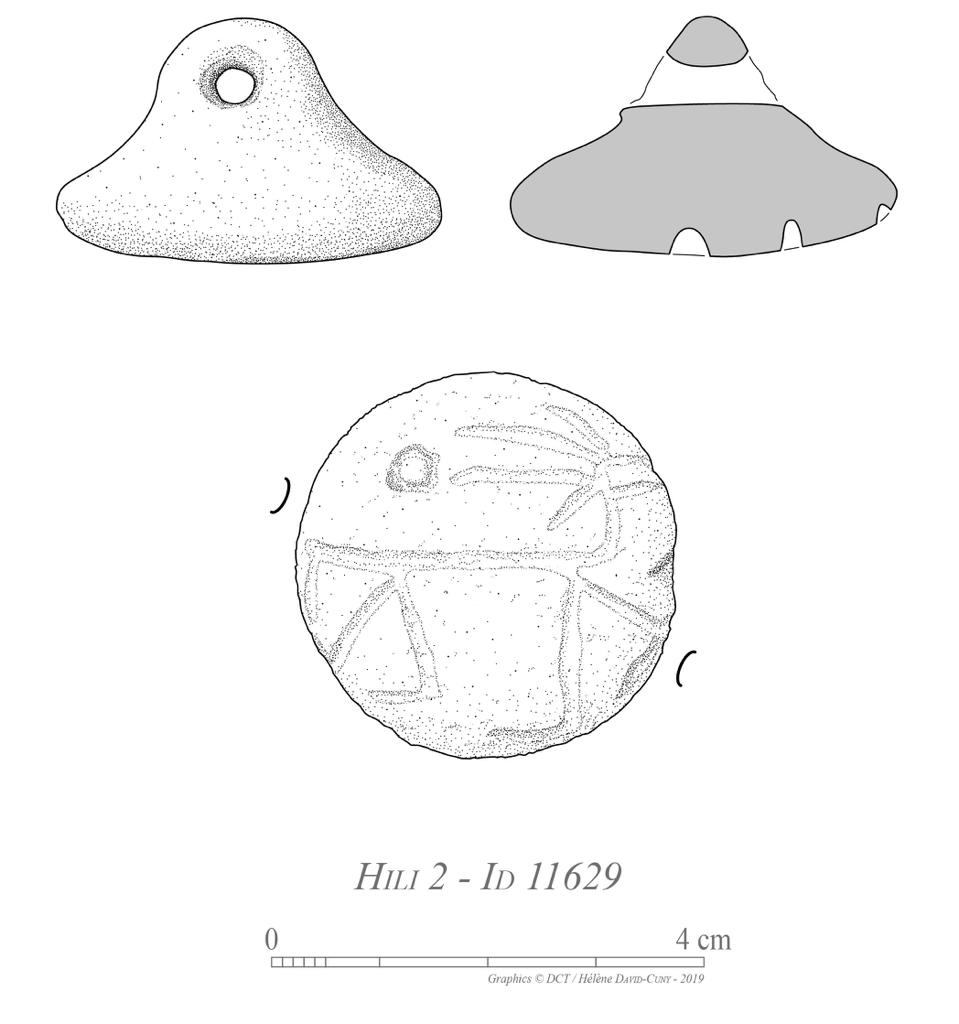 The tannours are not located inside houses but rather at common spaces shared between houses. They were likely used by groups of families — possibly for communal meals shared on special occasions. This is consistent with evidence from other Iron Age sites which indicates the importance of community and communal activities during this time. 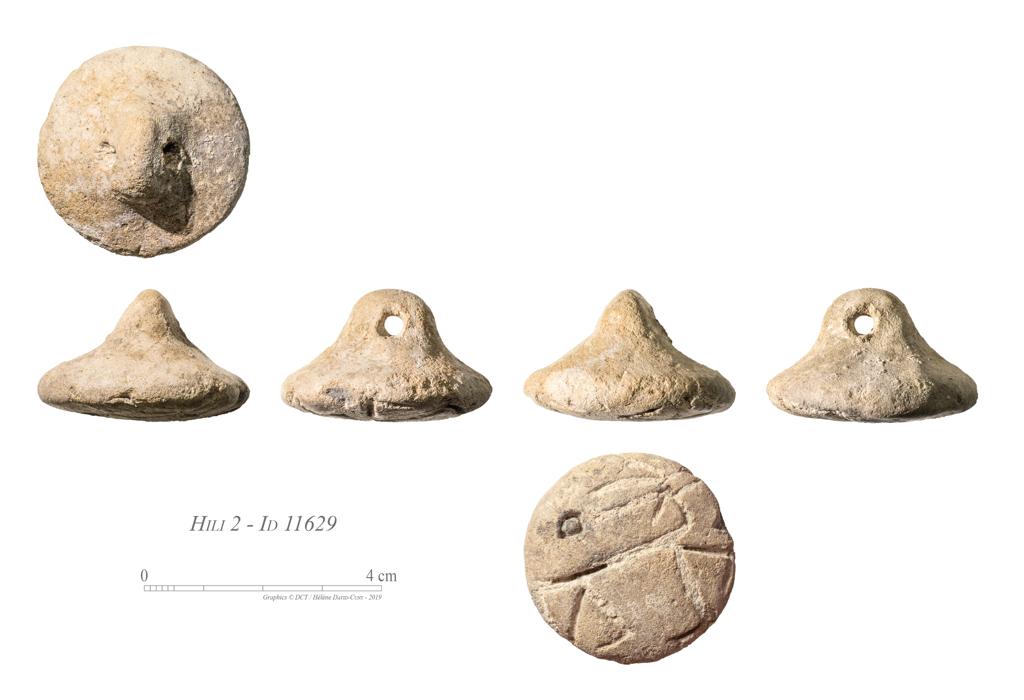 DCT Abu Dhabi archaeologists also worked with specialists to determine what sort of plants were being used at the ancient settlement. They carefully examined tiny pieces of charcoal and burnt seeds which they recovered by floating the excavated deposits in water. They discovered evidence for the presence of wheat and dates 3,000 years ago.

A wide range of artefacts were also found in the new excavations at the Hili 2 site, including numerous fragments of 3,000-year-old pottery. Of special note is a clay stamp seal which was uncovered near an enigmatic structure called Structure 15. The stamp seal carries an engraving of a gazelle and was likely used to stamp clay materials for decoration or for administration purposes.