New research led by the University of Central Lancashire and including the University of Southampton’s Archaeology Department has revealed, for the first time, how prehistoric indigenous American people created rock art as part of the hallucinogenic experience.

As part of this research, published in Proceedings of the National Academy of Sciences, academics carried out excavations at a cave site in California after discovering a painting thought to represent the flowers of Datura wrightii, a plant historically used for its hallucinogenic properties as part of elaborate community ceremonies. 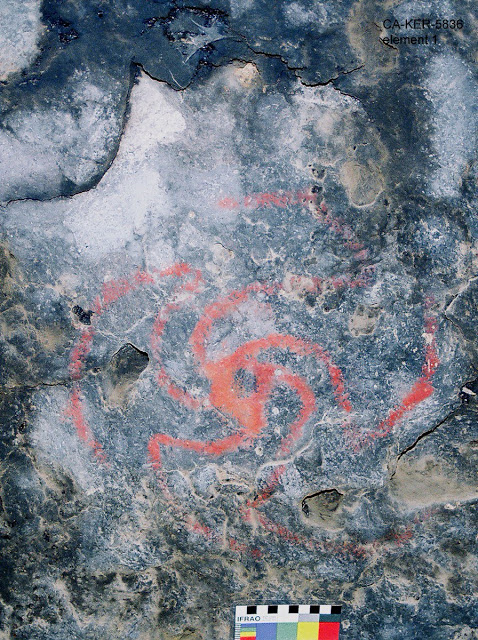 The most noted usage of Datura in Native California is as part of adolescent initiations, where the root of the plant was processed into a drink for young people in the community. Alongside the painting, researchers also discovered a number of chewed materials, which were almost all found to be a made from Datura.

This research reinforces the link between the ingestion of hallucinogens and the creation of rock art, showing that the art represented the plant itself rather than images from trance. This highlights the deep appreciation of hallucinogenic plants for native Californian people. Findings also suggest that the site was likely to be a communal space in which people would gather on a seasonal basis for hunting, gathering, food preparation, and eating. This shows that the art played a prominent role in the daily lives of all members of the local community. 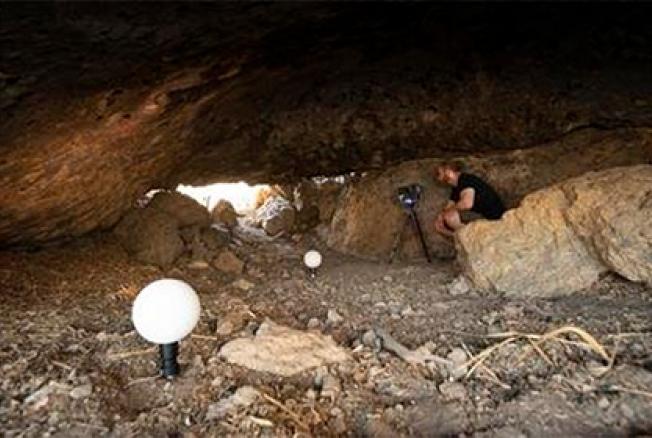 Dr David Robinson, Reader in archaeology at the University of Central Lancashire (UCLan), said: “These findings give us a far more in-depth understanding of the lives of indigenous American communities and their relationships, from late prehistoric times right up until the late 1800s. Importantly, because of this research, the Tejon Indian tribe now visits the site annually to reconnect to this important ancestral place.

“The link between hallucinogens and rock art has long been suspected, and this research shows that it was not only a source of creative inspiration for these prehistoric groups of people, but a core tenet of important rituals and community gathering.”

Dr Fraser Sturt, Professor of Archaeology at the University of Southampton and co-author of the research, said: “The results of this project spring from a high interdisciplinary, open and collaborative approach to research. In this way, new and improved recording and analytical techniques have helped to reconnect material remains, art, narrative and people across space and time. Thus, while the focus is on the hallucinogenic properties of Datura and its role in rock art and community generation, this work also shows that it is one facet of a complex suite of relationships between people, place and the environment.”

Dr Matthew Baker, Reader in Chemistry at the University of Strathclyde and co-author, said: “The combination of chemistry and archaeology in this project has truly shown the power of a multidisciplinary approach to uncover new knowledge. This was a gripping project and visiting these sites with Dave was truly memorable.”