A number of ancient papyri from Oxyrhynchus, part of the Egypt Exploration Society’s collection, (The ancient texts, which date from the 3rd to the 7th Century, are part of the Oxyrhynchus collection who discovered in an Egyptian rubbish dump in 1890) have been identified as part of the lot allegedly offered for sale by Professor Dirk Obbink to the American chain Hobby Lobby. The Society has issued a statement on the matter.

“On 25 June 2019 the Egypt Exploration Society (EES) posted a statement on its website that it was working with the Museum of the Bible (MOTB) to clarify whether any texts from the EES Oxyrhynchus collection had been sold or offered for sale to Hobby Lobby or its agents, and if so, when and by whom. This was in response to the online publication by Dr Brent Nongbri, following its release by Professor Michael Holmes of the MOTB, of a redacted copy of a contract of 17 January 2013 between Professor Dirk Obbink and Hobby Lobby Stores for the sale of six items to Hobby Lobby, including four New Testament fragments probably of EES provenance. This statement reports our findings to date.

Professor Dirk Obbink has been accused of selling the precious artefacts to Steve Green, who spent $500,000 opening the museum in 2017 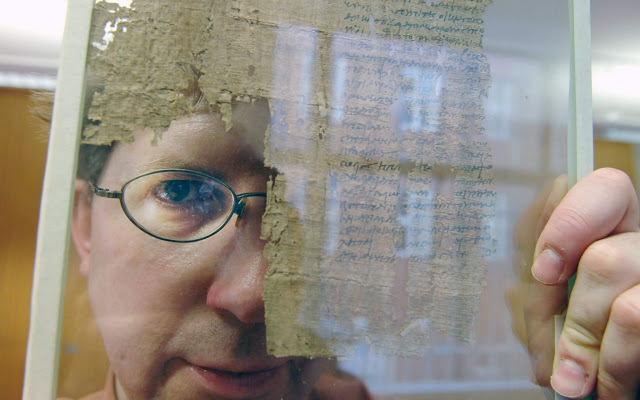 “With the help of photographs provided by the MOTB, the EES has so far identified thirteen texts from its collection, twelve on papyrus and one on parchment, all with biblical or related content, which are currently held by the MOTB (see the attached list). These texts were taken without authorisation from the EES, and in most of the thirteen cases the catalogue card and photograph are also missing. Fortunately, the EES has back-up records which enable us to identify missing unpublished texts. For clarity, we note that the four texts specified in the handwritten list made public alongside the 2013 contract, which are probably the texts of that contract, remain in the EES collection, and two have been published as P.Oxy. LXXXIII 5345 and 5346.

“The Board of Trustees of the MOTB has accepted the EES claim to ownership of the thirteen pieces identified to date, and is arranging to return them to the EES. The EES is grateful to the MOTB for its co-operation, and has agreed that the research on these texts by scholars under the auspices of the MOTB will receive appropriate recognition when the texts are published in the Oxyrhynchus Papyri series.

The ancient texts, which date from the 3rd to the 7th Century, are part of the Oxyrhynchus collection
discovered in an Egyptian rubbish dump in 1890 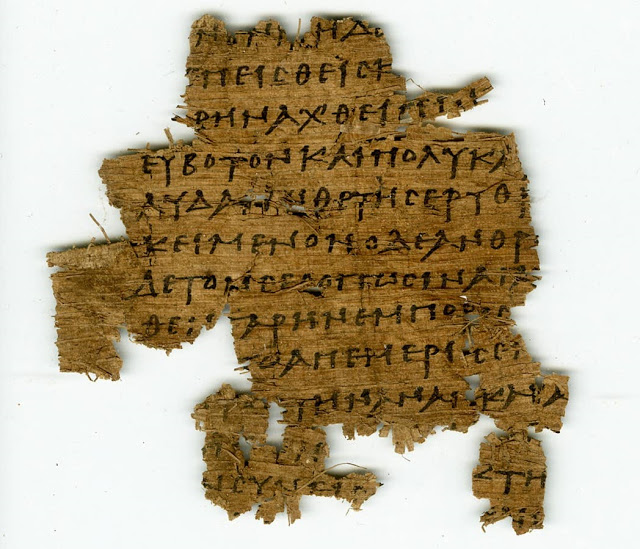 “The MOTB has informed the EES that 11 of these pieces came into its care after being sold to Hobby Lobby Stores by Professor Obbink, most of them in two batches in 2010. In August 2016 the EES did not re-appoint Professor Obbink as a General Editor of the Oxyrhynchus Papyri primarily because of unsatisfactory discharge of his editorial duties, but also because of concerns, which he did not allay, about his alleged involvement in the marketing of ancient texts, especially the Sappho text. In June 2019 the EES banned him from any access to its collection pending his satisfactory clarification of the 2013 contract. Oxford University is now investigating, with EES help, the removal from University premises and alleged sale of EES texts.

“The EES is also pursuing identification and recovery of other texts, or parts of texts, which have or may have been illicitly removed from its collection. Systematic checking of the EES collection will be a long process because of its size. Meanwhile, our primary aim remains the authoritative publication for public benefit of the texts of all types in our collection.

“We cannot comment here on any broader legal issues arising from these findings, except to note that they are under consideration by all the institutions concerned."