Finds from Celtic grave found in Zurich analyzed. The now completed interdisciplinary evaluation of the archaeology department of the city of Zurich paints a fairly accurate picture of the deceased.

The tree coffin burial of a Celtic woman, which was discovered in March 2017 during construction work on the Kern school building, was examined by the Archaeology City of Zurich in an interdisciplinary evaluation. The bones and the unusual burial objects were carefully documented, salvaged, preserved and evaluated. Thus the grave can be assigned to the Late Iron Age around 200 BC. Of the artefacts that have been found, a string of glass beads in particular is unique in its form: it is fastened between two fibulae (clasps) and fitted with precious glass and amber beads. 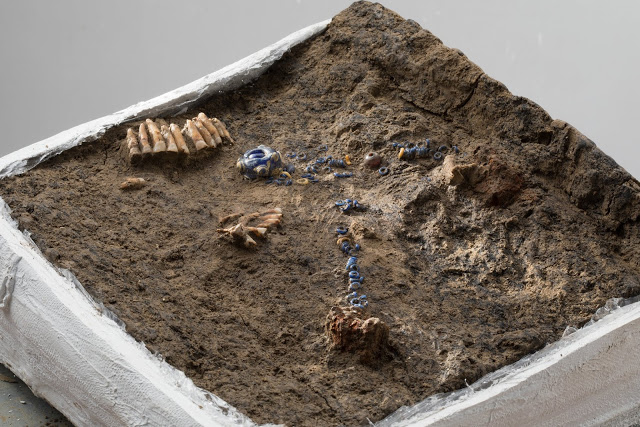 The now completed interdisciplinary evaluation of the archaeology department of the city of Zurich paints a fairly accurate picture of the deceased. The examination of the skeleton and especially the teeth shows, among other things, that she died at the age of about 40, did little physical work during her lifetime and probably ate a relatively large amount of starchy or sweetened food. 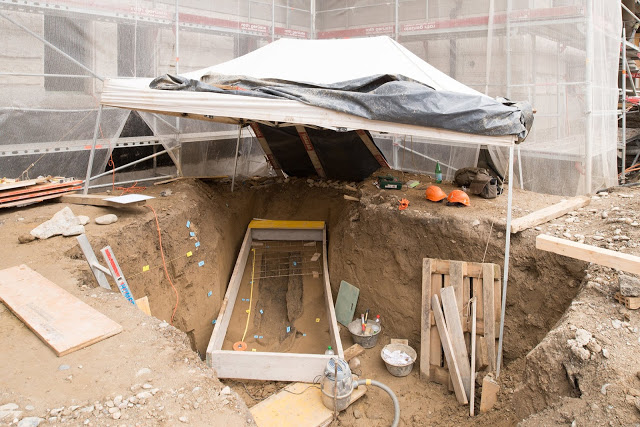 Excavation of a Celtic grave at the Kernschulhaus 2017 [Credit: Office for Urban Development, City of Zurich]

A specialist determined the order of the layers of clothing on the basis of the textile, fur and leather remains preserved in the tomb. Thus the woman probably wore a dress made of fine sheep's wool, over it another woollen cloth and a coat made of sheepskin. 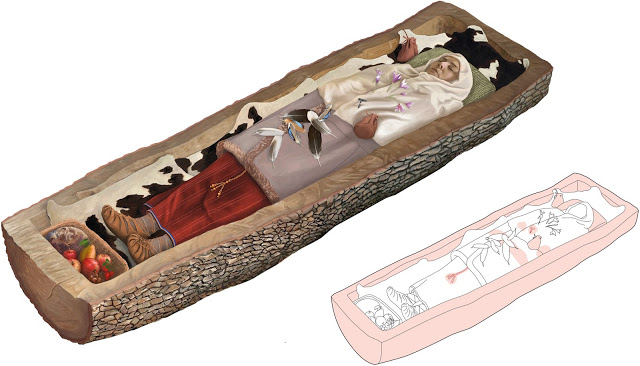 An isotope analysis also allows statements to be made about the woman's way of life. She grew up in the region of the present Canton of Zurich, presumably in the Limmat Valley, and was therefore also buried in her region of origin. 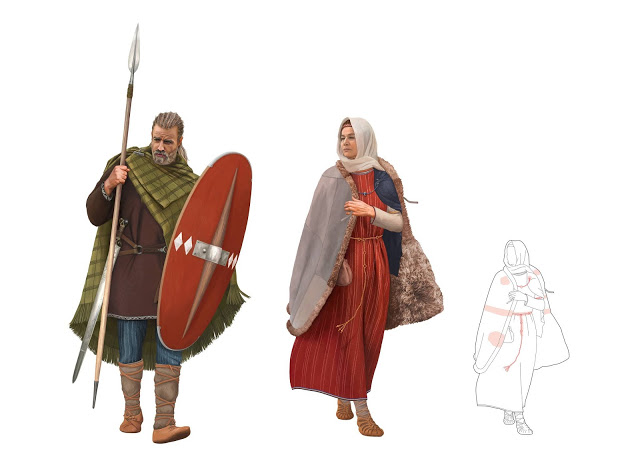 Portraits of the Celts from Kernstrasse in Zurich [Credit: Office for Urban Development, City of Zurich]

The comprehensive investigations into the Celtic woman's clothing, jewellery and living conditions enabled the archaeologists to create a detailed picture of her life. What could not be attributed directly to archaeological evidence from the grave was derived from findings from other investigations. 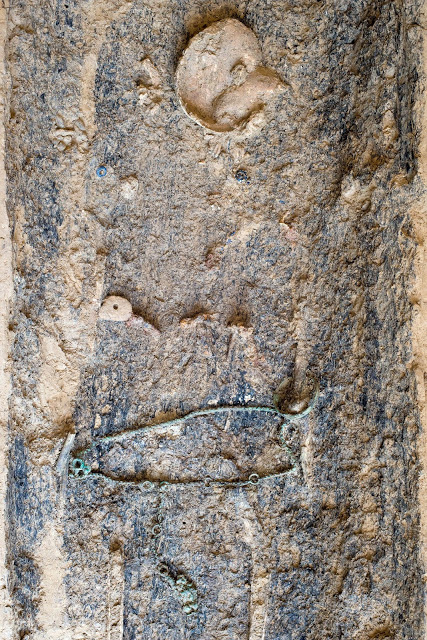 The Celtic man, whose grave with sword, shield and lance had already been discovered in 1903 during the construction of the Kern Gymnasium, also had his lifestyle assessed according to the current state of knowledge. His complete warrior equipment also shows him as a high-ranking individual. Since he had also been buried in the same decades as the woman, it is quite possible that the two knew each other. 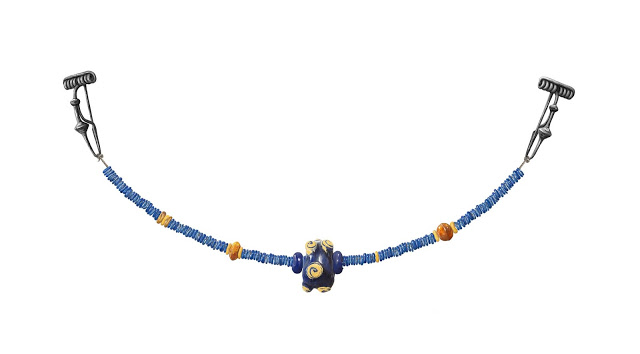 Reconstruction of the pectoral jewellery with glass beads and fibulae  [Credit: Office for Urban Development, City of Zurich]

The newly discovered grave complements today's picture of Celtic settlement history in the Zurich area. For a long time, Zurich was regarded as a Roman foundation. Archaeological excavations and evaluations in recent years, however, have provided evidence of a Celtic urban settlement on the Lindenhof Hill dating back to the first half of the 1st century BC, at least half a century before the arrival of the Romans. 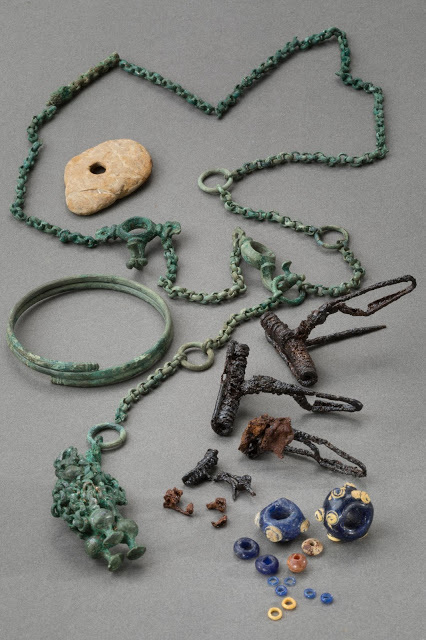 This early city then merged seamlessly into the Roman "Turicum". The two graves at the Kern-Schulhaus are about 100 years older than this first settlement on the Lindenhof and probably belonged to one of several smaller settlements around Zurich, probably in Sihlfeld, which has not yet been discovered.