Stone fluted points dating back some 8,000 to 7,000 years ago, were discovered on archaeological sites in Manayzah, Yemen and Ad-Dahariz, Oman. Until now, the prehistoric technique of fluting had been uncovered only on 13,000 to 10,000-year-old Native American sites. Detailed technological analysis, backed up by stone tool experiments and replication by an expert modern flintknapper, illustrate the similarities between the American and Arabian fluting procedures.

A new study led by archaeologists from the CNRS, the Inrap, the Ohio State University and the Max Planck Institute for the Science of Human History, reports on fluted points from the archaeological sites of Manayzah in Yemen and Ad-Dahariz in Oman. Fluted stone tools are a distinctive, technologically advanced form of projectile points, including spearheads and arrowheads. Fluting is a specific technique that involves the extraction of an elongated flake along the length of a projectile point, leaving a distinctive groove or depression at the base of the spearhead or arrowhead. 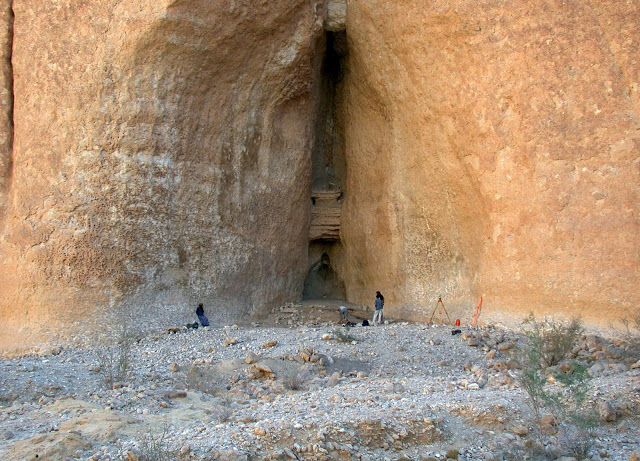 Fluting is a distinct technological tradition invented by early human cultures that spread across the Americas. Fluted point technology is very well known in North America, evidenced by finds across the continent dating from 13,000 to 10,000 years ago. As lead author Dr. Rémy Crassard of the CNRS notes, "Until the early 2000s, these fluted points were unknown elsewhere on the planet. When the first isolated examples of these objects were recognized in Yemen, and more recently in Oman, we recognized that there could be huge implications." 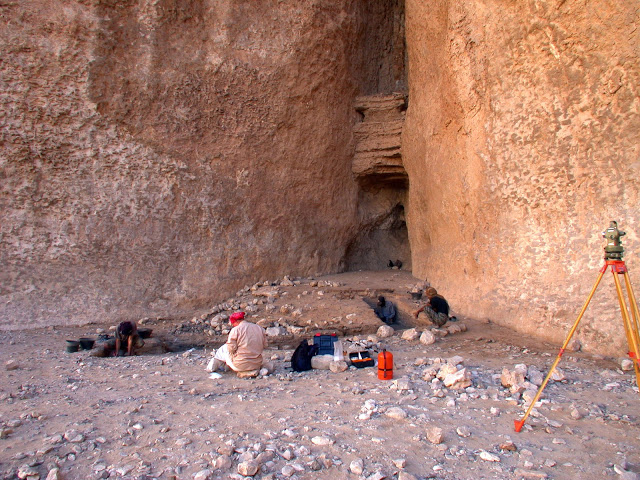 The sites of Manayzah and Ad-Dahariz yielded dozens of fluted points. The Arabian examples date to the Neolithic period, about 8,000 to 7,000 years ago, at least two thousand years later than the American examples. As Professor Petraglia of the Max Planck explains, "Given their age and the fact that the fluted points from America and Arabia are separated by thousands of kilometers, there is no possible cultural connection between them. This is then a clear and excellent example of cultural convergence, or independent invention in human history."

The new PLOS ONE article (for read: Fluted-point technology in Neolithic Arabia: An independent invention far from the Americas ) carefully examines the fluted points found in south Arabia. Detailed technological analysis, backed up by stone tool experiments and replication by an expert modern flintknapper, illustrate the similarities between the American and Arabian fluting procedures. 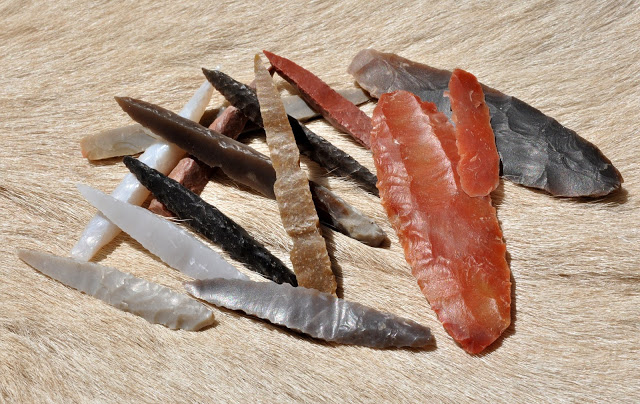 In addition to the similarities, the authors of the new study also investigated the contrasts between the technologies of the two regions. Technological differences were apparent in the nature and location of the flute. The authors emphasize that the 'fluting method' was likely a mental conceptualization of stone tool manufacture, more than just a technical way to produce a projectile and hafting zone. Whereas the apparent function of fluting in the Americas is to facilitate hafting, or attaching the point to a shaft, most of the Arabian fluted points do not have hafting as a functional final aim. The fluting concept and the method itself are the same in both American and Arabia, yet the final aim of fluting appears to be different. 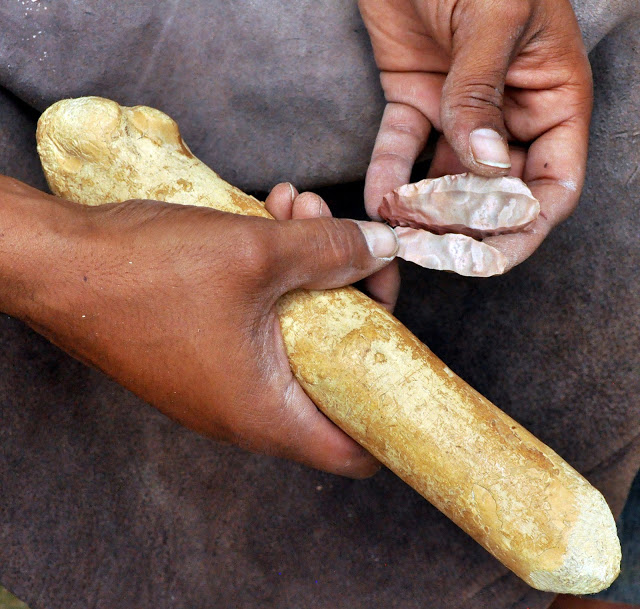 Arabian and American fluted point technologies were highly specialized stone tool production methods. The PLOS ONE study of Arabian fluting technology demonstrates that similar innovations and inventions were developed under different circumstances and that such highly-skilled and convergent production methods can have different anthropological implications. As discussed in the article, Professor McCorriston argues that "fluting in Arabia was used as a display of skill, rather than serving a purely functional purpose such as hafting, as is more widely accepted in the Americas." 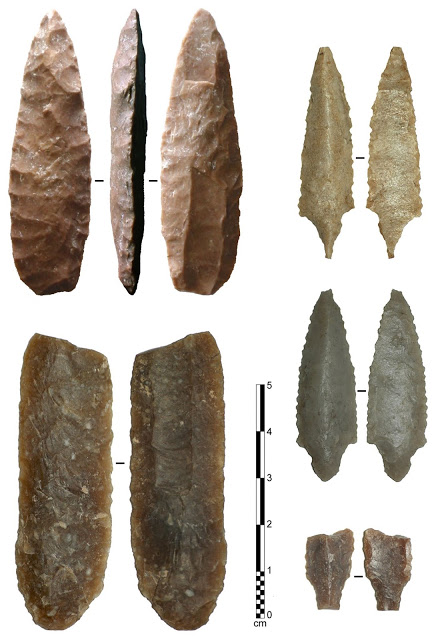 In Arabian prehistory, southern Arabia experienced developments of local origin, with multiple examples of inventions and innovations not culturally transmitted by outside traditions. The fluting method is then a hallmark of this indigenous development in the south Arabian Neolithic.