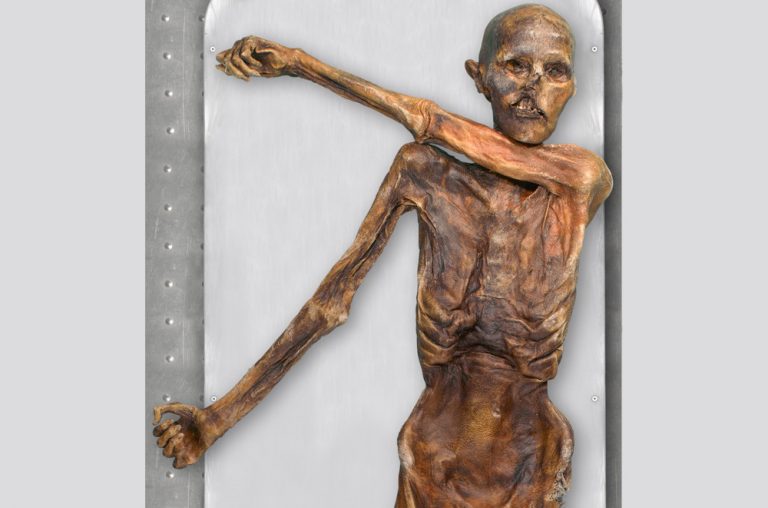 Swiss researchers are astounded to have identified Otzi’s bowstring. Even though the Iceman had still been working on his bow, he carried a finished twisted string in his quiver which was made of animal fibers and not of plant fibers. It is elastic, extremely resilient, and is therefore ideal as a bowstring. An extensive research project was carried out by the Swiss National Science Foundation (SNSF) which examined materials of Neolithic bows and arrows in detail for the first time. These were then compared to Otzi’s equipment.For the Archaeology Museum, the results of the study mean another record: Otzi’s artfully twisted cord and his hunting equipment are the world’s oldest preserved examples from the Neolithic.

While arrows and arrowheads are relatively common finds worldwide, complete sets of hunting equipment consisting of bows, arrows, and sometimes even quivers are extremely rare and are only known from glacier finds of the Alpine arch. In Europe there have only been three instances of bowstrings being preserved.

Combining previous finds of bows and arrows discovered across all of Europe with the most recent comparisons from Switzerland (Bronze Age finds from Schnidejoch and Lotschenpass), it has now been possible to examine the materials, size, and construction techniques of prehistoric hunting equipment in detail for the first time. The authors of the study, Jurgen Junkmanns (Germany), Giovanna Klugl (Switzerland), Werner Schoch (Switzerland), Giovanna Di Pietro (Switzerland), Albert Hafner (Switzerland), obtained a microscopic fiber sample from Otzi’s bowstring for their comparative study. 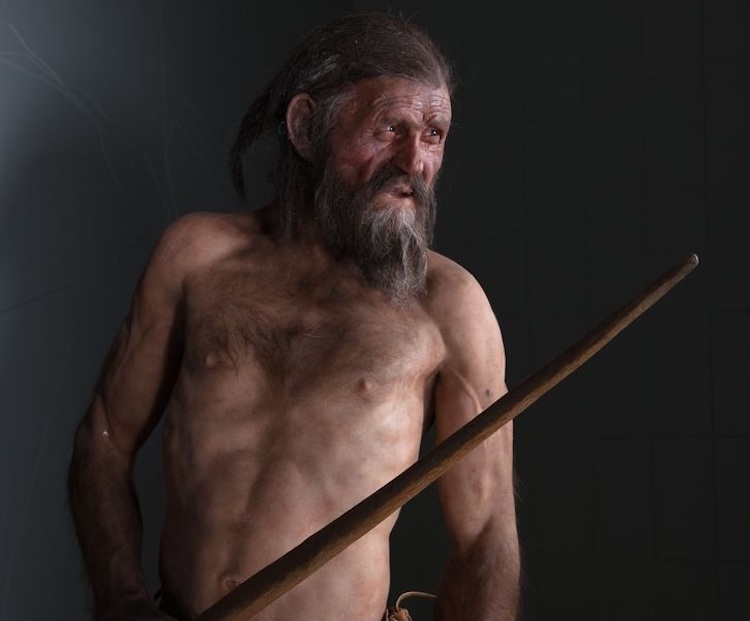 Prehistoric bowstrings are among the rarest of all finds in archaeological excavations. The cord contained in Otzi’s quiver may be the oldest preserved bowstring in the world. It has a diameter of 4 mm and is comprised of three strands which are very uniformly and finely twisted. The Swiss study was able to prove that leg sinews of an indeterminate species were processed as fibers and the cord was therefore particularly well suited for use as a bowstring.

Previously, research had been done on plant fibers that would not have proven successful as a bowstring. The cord measures almost 2 metres and would have been long enough for Otzi’s unfinished bow. If stretched out, the elastic string would only measure about 2-3 mm in diameter, which would have fit perfectly in the notches (nocks) on the arrows in Otzi’s quiver. The Iceman had wound the cord bundle into an S-shape and tied a knot at one end.

Another bundle made of animal leg sinews found in the quiver was possibly meant to be used as replacement material for another bowstring.

Otzi’s 1.83 m long, unfinished bow made of yew (Taxus baccata) gave a unique, informative glimpse into how Neolithic bows were manufactured. The bow was first freshly cut from an 8-10 cm thick yew tree. He had already made good progress with his work, but the bow probably needed to be shortened and thinned. The best shooting results are obtained when the bow approximately corresponds to the height of the archer. For Otzi that would have been approximately 1.60m.

The investigation was able to establish that Otzi’s bow had been worked with a hatchet from both directions. Whether this had been done by Otzi himself cannot be determined. The question of how to work the ends of the bow to fasten the string also remains open. Junkmanns proposed the hypothesis that Otzi could have purchased the rough bow on the way, which would possibly explain why he had an unfinished bow with him in the high mountains.

Even the Iceman’s quiver is the only known Neolithic carrying case for arrows. It is 86 cm long and stitched from doeskin (Rupicapra rupicapra). One side of the quiver is reinforced with a hazel wood stick. At the upper end of the quiver a flap of stiffened leather protected the arrows carried within. If required, it could be opened very quickly and an arrow could be pulled out with a single motion of the arm. 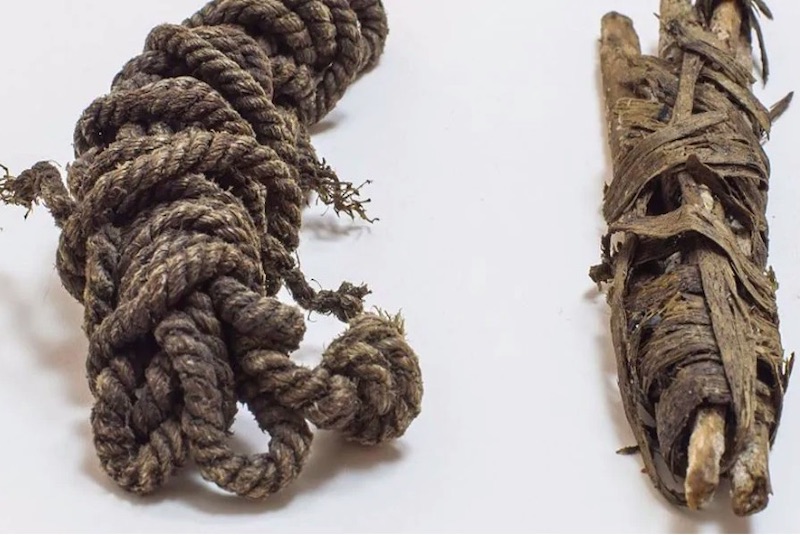 The quiver’s interior held 14 arrows, two of which were ready to fire and complete with arrowheads and fletching. They represent the best preserved examples of Neolithic arrow production in Europe. Neolithic arrows were most often made from branches of suitable bushes like hazel (Corylus avellana) or, as with Otzi, from the branches of the wayfaring tree (Viburnum lantana).

Three feather halves were attached to the end of Otzi’s arrows with birch tar glue and bound with thin nettle fibers. They represent the only preserved fletchings in Europe. The three-part, radially-placed fletching for stabilizing the arrow during flight has remained virtually unchanged since the Neolithic.

The study is published in the Journal of Neolithic Archaeology.