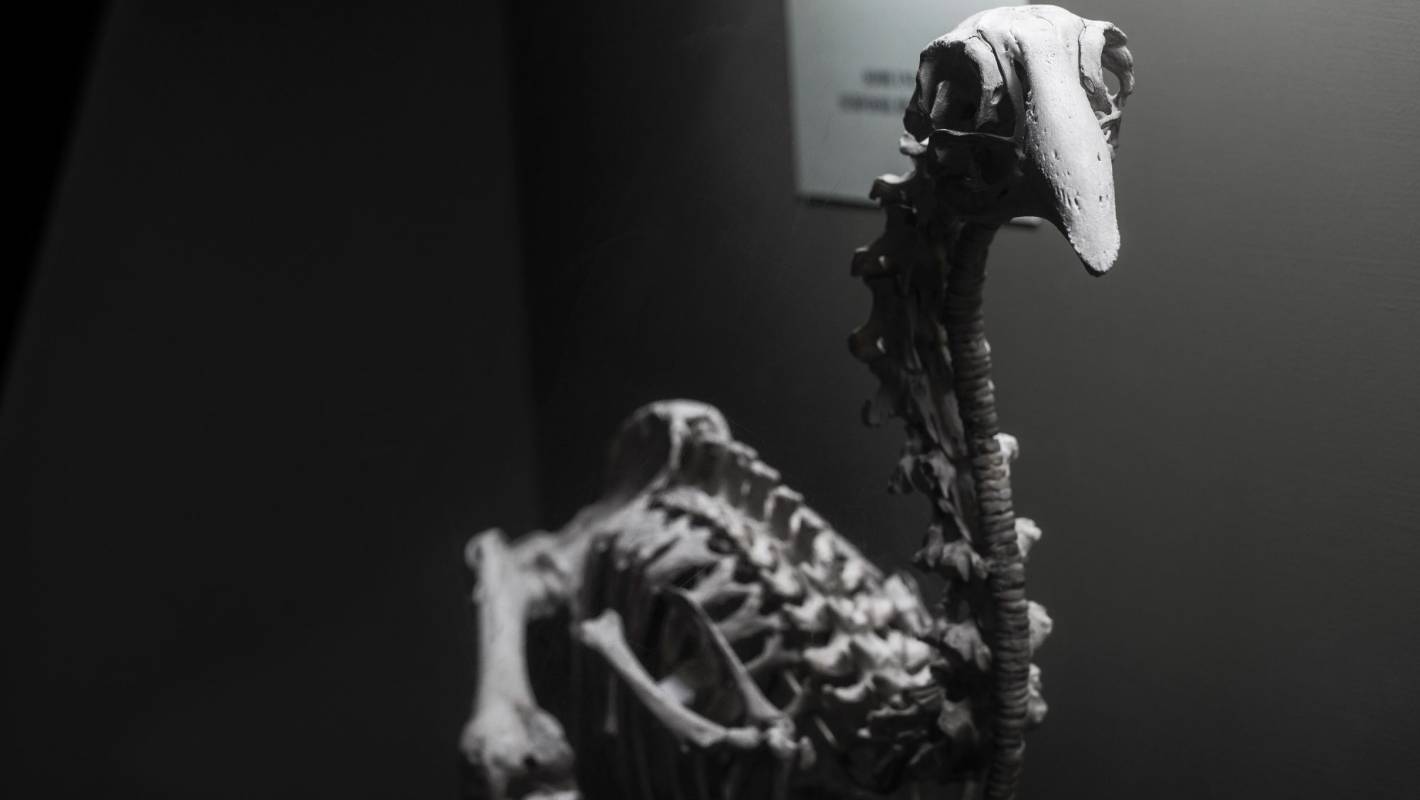 Scientists have revealed the African origins of New Zealand's most mysterious giant flightless bird - the now extinct adzebill - showing that some of its closest living relatives are the pint-sized flufftails from Madagascar and Africa.

Led by the University of Adelaide, the research in the journal Diversity showed that among the closest living relatives of the New Zealand adzebills - which weighed up to 19 kilograms - are the tiny flufftails, which can weigh as little as 25 grams. The closeness of the relationship strongly suggests that the ancestors of the adzebills flew to New Zealand after it became physically isolated from other land.

This finding mirrors the close relationship between New Zealand's kiwi and the extinct Madagascan elephant birds, published by University of Adelaide researchers in 2014, hinting at an unappreciated biological connection between Madagascar and New Zealand.

Like the better-known moa, the two species of adzebill - the North Island adzebill and South Island adzebill -disappeared following the arrival of early Maori in New Zealand, who hunted them and cleared their forest habitats. Unlike the moa, adzebills were predators and not herbivores.

"The adzebill were almost completely wingless and had an enormous reinforced skull and beak, almost like an axe, which is where they got their English name," says Alexander Boast, lead author and former Masters student at the University of Adelaide.

Dr Kieren Mitchell: If they hadn't gone extinct, they would be among the largest living birds 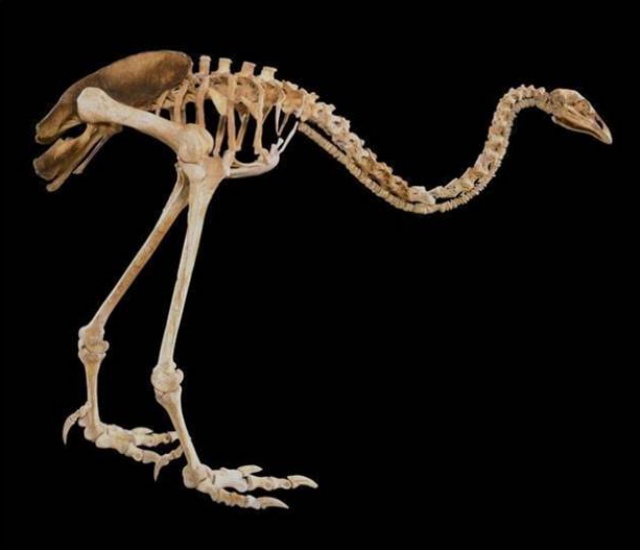 A team of researchers from Australia, New Zealand, and the US analysed genetic data from the two adzebill species.

"A lot of past genetic research and publicity has focused on the moa, which we know were distant relatives of the ostrich, emu, and cassowary," says co-author Dr Kieren Mitchell, postdoctoral researcher at the University of Adelaide.

"But noone had analysed the genetics of the adzebill, despite a lot of debate about exactly what they were and where they came from."

Professor Trevor Worthy: A key question is whether they've been present since New Zealand 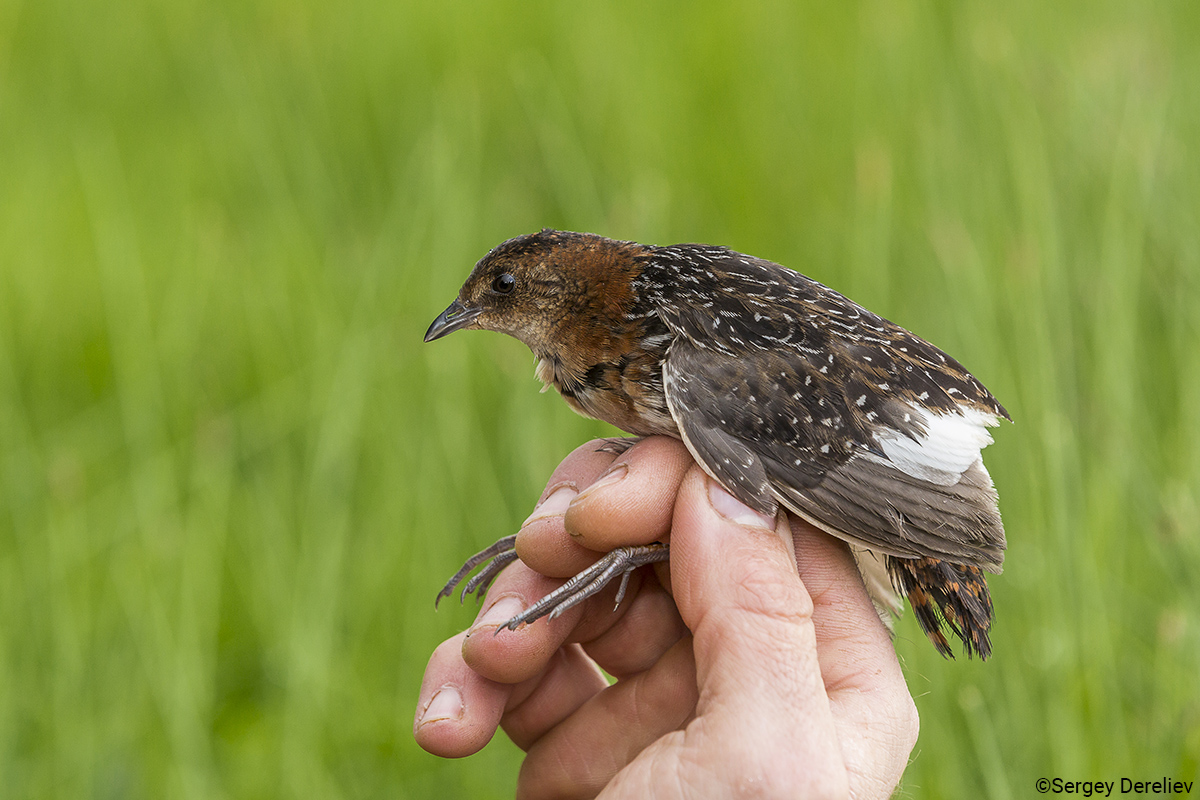 "We know that adzebills have been in New Zealand for a relatively long time, since we previously discovered a 19 million-year-old adzebill fossil on the South Island," says co-author Associate Professor Trevor Worthy, a palaeontologist at Flinders University.

"A key question is whether they've been present since New Zealand broke away from the other fragments of the supercontinent Gondwana or whether their ancestors flew to New Zealand from elsewhere later on."

Researchers at both the University of Adelaide's Australian Centre for Ancient DNA and Curtin University's Ancient DNA Lab sequenced adzebill DNA from fragments of bone and eggshell. They compared this to DNA from living birds to discover the identity and origin of the adzebill.

"It's possible that ancient migration of birds between Madagascar and New Zealand may have occurred via Antarctica," says Dr Mitchell. 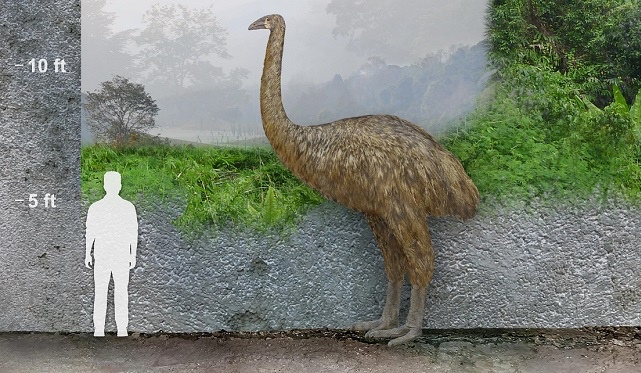 "Some coastal regions of the continent remained forested and ice free until as recently as 30 million years ago."

Dr Paul Scofield, Senior Curator Natural History at Canterbury Museum says: "The North Island adzebill likely evolved from its South Island counterpart relatively recently. We know the North and South Islands were joined by a narrow piece of land around two million years ago. Adzebills probably developed in the South Island, then walked over this land bridge to the North Island."