The words HARN STE engraved in the neck roll of the helmet could indicate the place of origin of the first owner, perhaps the town of Aharnam, the current Civitella d'Arna, near Perugia

Italian archaeologists had not noticed the inscription before, but the discovery – announced Tuesday by the National Etruscan Museum of Villa Giulia, Italy, and which will be featured in Archeologia Viva magazine – comes more than 90 years after the bronze helmet was found in the Osteria di Vulci necropolis in 1928. 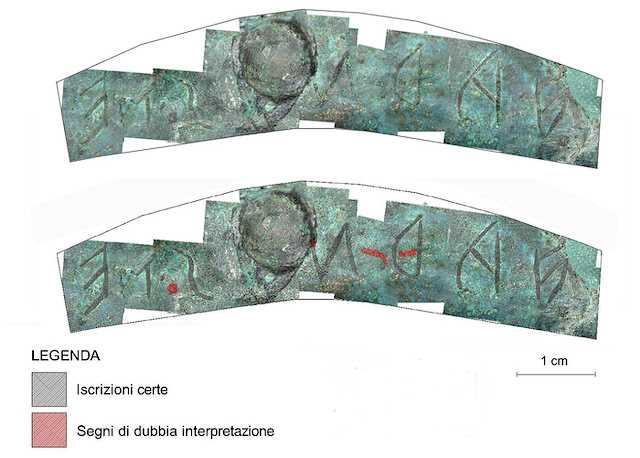 The inscription, engraved within the neck protector of the helmet, consists of seven letters – HARN STE – which probably indicate a place of origin, of either the object or the owner, and which must be read as a single word, the museum said as a statement. 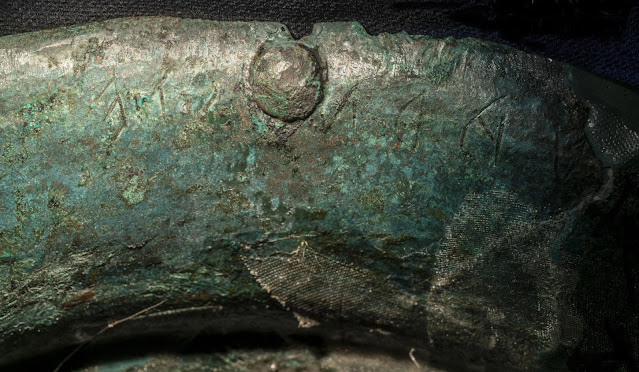 This is, in fact, a “very unusual” inscription that “offers fundamental information for reconstructing the military organization and the evolution of the art of war” on the Italian peninsula before the hegemony of Rome.

It is virtually certain, judging from its style and craftsmanship, that the helmet belonged to an Etruscan warrior – a member of the people who dominated an important portion of present-day Tuscany – and it has been dated to the middle of the Fourth Century BC.

At that time, central Italy was rife with bloody conflicts among local tribes, who competed for predominance on the peninsula or simply for survival, threatened as they were by the spread of the Celts, who in 390 BC put Rome to the sword.

This was long before that city, founded according to tradition in 735 BC along the Tiber River, became the world center of power and expanded during its imperial epoch to hold sway across the length and breadth of the Mediterranean basin. 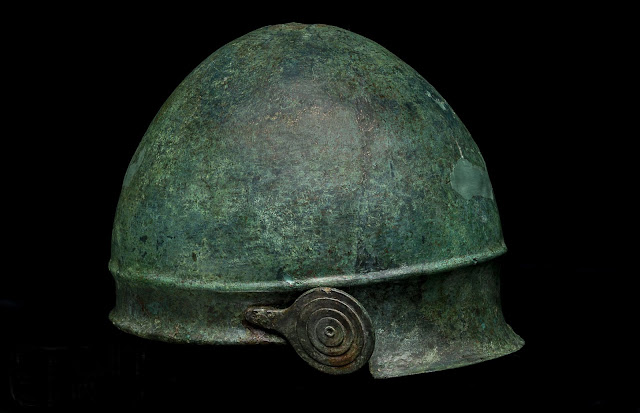 The helmet tells archaeologists something about those years of blood and war for dominion of the Italian peninsula. For example, it may be that the fact that the inscription is on the inside of the helmet indicates that its owner habitually marked his possessions in that way.

This “strengthened the feeling of belonging for an object of vital importance” for the warrior, the museum said. But it also provides information about the system of forges in which the Etruscans made their weapons and it is thought to be “possible” that the helmet was not made in Vulci, where it was found, but rather somewhere near the current central Italian city of Perugia.

Tito Livio, a historian who lived during the First Century BC, revealed the existence of an Etruscan camp called “Aharman” where troops gathered on the eve of the battle of Sentino during the Third Samnite War in 295 BC between Rome and a league of Etruscans, Gauls, Umbrians and other tribes. 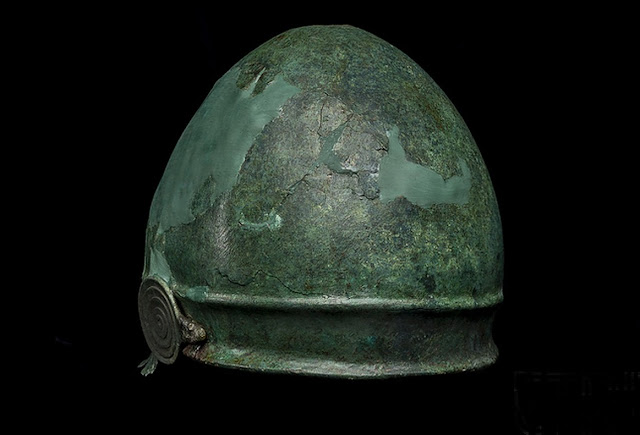 The name Aharnam sounds very similar to the current town of Civitela d’Arna, near Perugia, and the HARN STE inscription, read as a single word, “could have been formed from the name of that city” or its surroundings.

n other Etruscan stone carvings and objects, archaeologists have found other inscriptions that are similar, including “Havrna,” “Havrenies” and “Harenies.”

Nevertheless, the museum emphasizes that “it is not possible to establish with certainty whether the preserved name coincides with that of its last owner,” since such objects often passed from hand to hand as trophies of war.