Archaeologists worked 9 years to unearth mosaic spanning some 1,200 square meters in southern Hatay province. A view of one-piece ground mosaic belong to the 6th century AD and was used as a "public space" after being found during a construction of a hotel in 2010 in Hatay, Turkey on May 25, 2019. 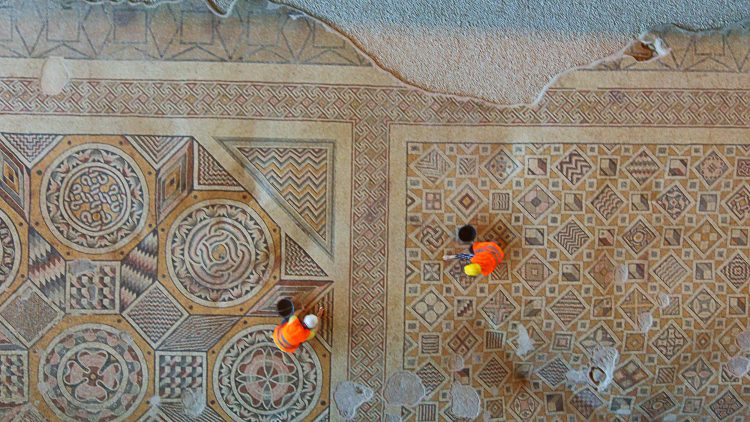 After nine years of hard archaeological work, visitors to southern Turkey will soon be able to see a huge intact mosaic some 1,300 years old with their own eyes.

"The mosaic will be exhibited in its original place and be open to visitors very soon," Nalan Copuroglu Yasti, director of the Hatay Archaeology Museum, told Anadolu Agency.

The sixth-century stone mosaic, spanning some 1,200 square meters and made up of geometric shapes and non-repeating figures, was probably used as a public space in its time, she said. 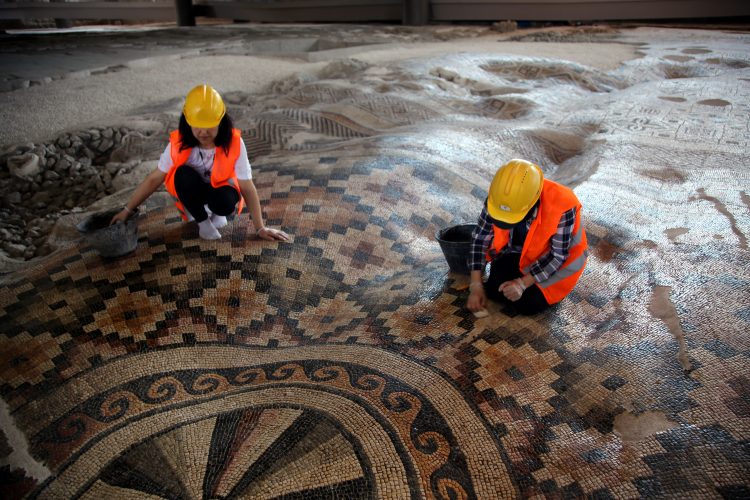 "The stone is distinctive due to its curved, rug-like surface, and the artifact grew curved as a result of earthquakes in 526 and 528 AD," said Yasti.

Despite the quakes, however, somehow the mosaic never broke, and made it to the present day intact and unbroken.

Once the mosaic stone was discovered during the construction of a hotel, archaeologists worked with great care to unearth it. 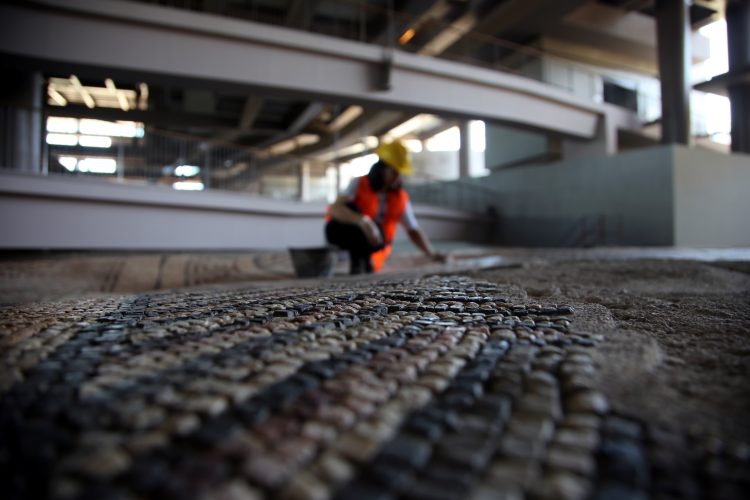 Unearthing the piece took nine years of hard work, and other historical artifacts were brought out during the excavation, she said. 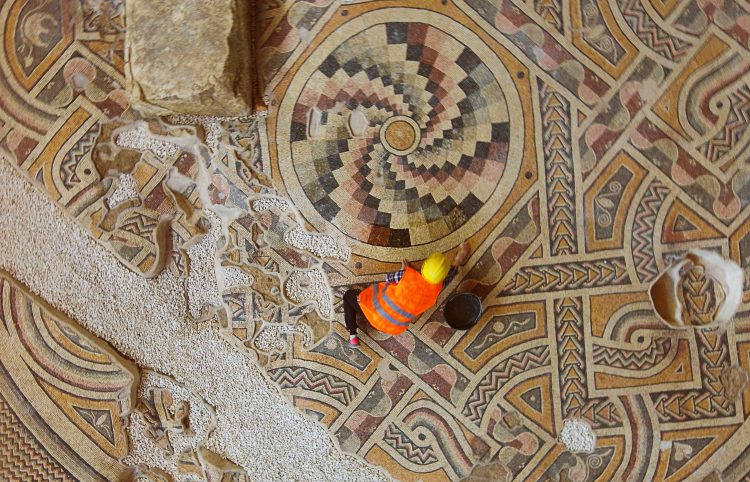 Yasti said the massive mosaic proved that the mosaics of Antakya -- ancient Antioch, in the Hatay province -- are the finest historical artifacts not only in Turkey, but in the entire world.