A recently discovered tunnel in Başbuk Village in Turkey's Şanlıurfa province, has revealed artwork depicting eight deities, three of which are labeled with Aramaic inscriptions. 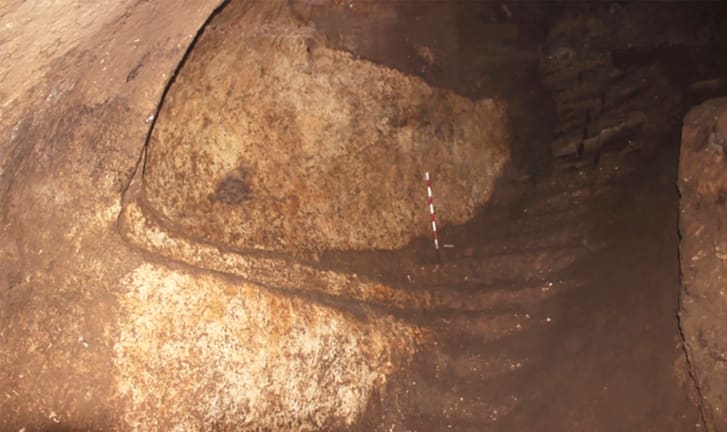 The Aramaic inscriptions, largely illegible, seem upon first reading to be discussing local politics circa 794 BC.

A recently discovered tunnel at Basbük in southeastern Turkey has revealed artwork depicting eight gods, three of which were labeled with Aramaic inscriptions, according to a new study in the academic journal Antiquity.This is the first known example of a Neo-Assyrian Empire period rock relief with Aramaic inscriptions that features “unique, regional iconographic variations and Aramean religious themes,” according to the peer-reviewed study.

According to the study, the underground spaces were filled with sediment from erosion. Once this was removed, the wall panel was revealed. It is on this rock face that carvings in an “Assyrianized style” depict eight members of the Aramean pantheon, one after the other. Three of the figures are accompanied by Aramaic inscriptions. 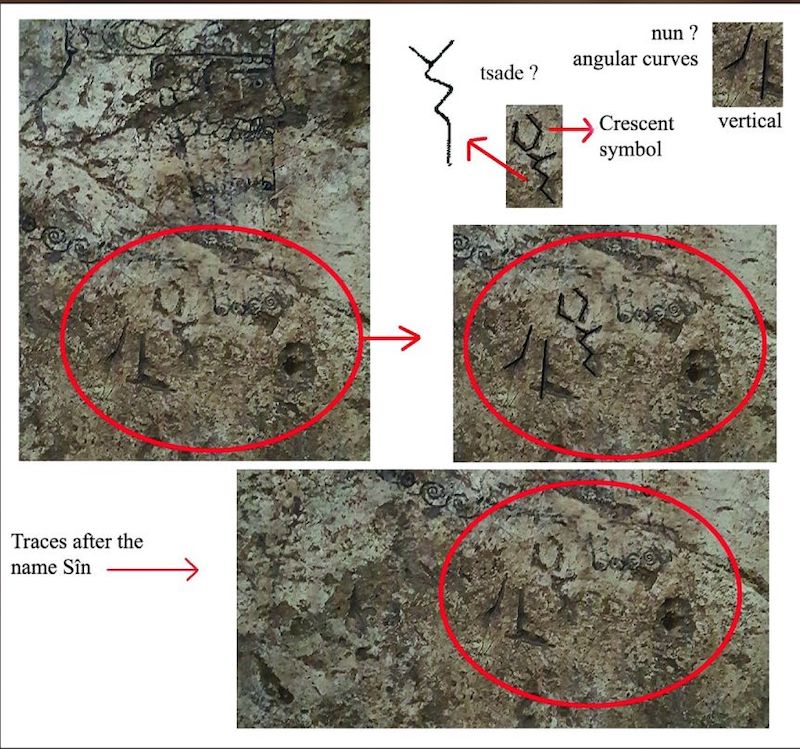 All the humans in the drawings are seen in profile with either a half body, a bust or only their heads visible.
The first drawing depicts Hadad, the storm and rain god in Canaanite and ancient Mesopotamian religions, recognized by his “triple lightning fork and circled star.”

The next was a goddess with a crescent and full-Moon headgear, suggesting that it may be Sin, the goddess of the moon in numerous Mesopotamian religions. Beside her stands the sun god Šamaš, “identified by his winged sun-disc crown.” 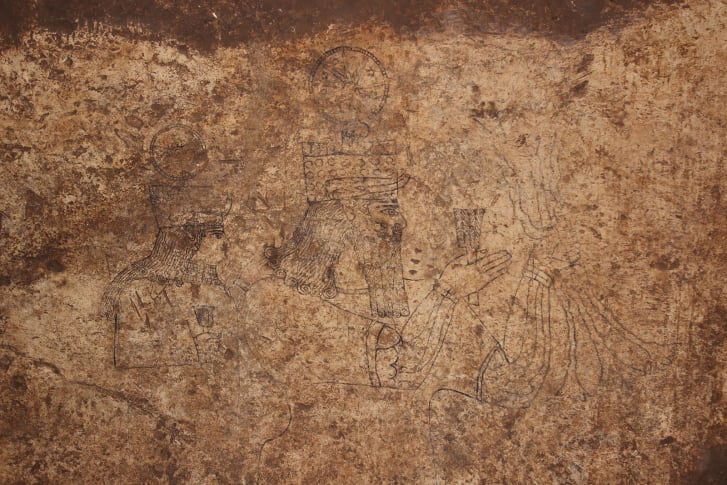 The study identifies the style of art – namely, the “curved nose, emphasized eyebrows, prominent and almond-shaped eyes, the shape of the ears (wide above and narrow below), and the flat faces and rounded cheeks of the female deities” as being Assyrian-style figures. Meanwhile, it is the beards of the male gods that are shaped to be horizontal and sectioned “recall depictions of the rulers Ashurnasirpal II and Shalmaneser III.”

The Aramaic inscriptions, largely illegible, seem upon first reading to be discussing local politics circa 794 BCE. It is difficult to know for sure at this point, though.
Aramaic is a Semitic language that originated among the Arameans in the ancient region of Syria – a relative of sorts of Hebrew, with several characters that overlap.

Four other gods in the carvings could not be clearly identified by researchers.

Looters had initially attempted to reach the secret tunnel, according to criminal investigations by local authorities that discovered an artificial opening cut through the floor of the house above the tunnel.
Once a formal excavation was initiated, researchers managed to see into the chamber, within which they could see limestone bedrock with an entrance carved through. This led to a long descending staircase that spiraled down from an upper gallery.

Two months of excavations in 2018 led to a halt in the research out of concern over safety in the underground space, as its age had made it unstable. The secret tunnel is now “under the legal protection of Turkey’s Ministry of Culture and Tourism.”

The study states that excavations will resume after the site is made safe, after which the original entrance, it is hoped, will be revealed.