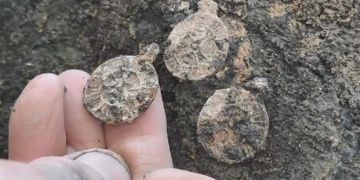 Amulets with Christian symbolism have been found in the oldest extant town in Denmark; they may shed new light on the Christian roots of Scandinavian society.