The excavations by the Archaeological Service, have brought to light a cluster of 16 rock-carved vaulted tombs each with a dromos, entrance and burial chamber.

The third excavation campaign of a five-year research project conducted by the Ephorate of Antiquities of Korinthia at the Mycenaean cemetery at Aidonia in Nemea, has been completed.

The Mycenaean cemetery of Aidonia was discovered about four decades ago after it had been extensively looted. The site became more widely known in the 1990s after a collection of Mycenaean jewellery originating from the Aidonia cemetery was recovered while being sold abroad and subsequently exhibited in the Nemea Museum. The excavations by the Archaeological Service, which commenced soon after the repatriation of these artefacts, have brought to light a cluster of 16 rock-carved vaulted tombs each with a dromos, entrance and burial chamber. 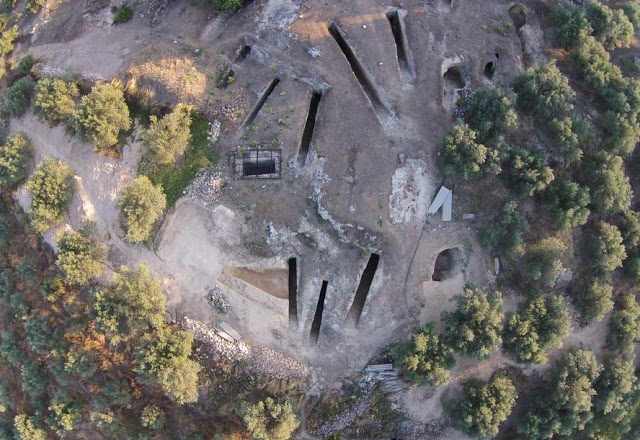 In recent years, the Mycenaean cemetery of Aidonia has been the focus of new excavations conducted by the Ephorate of Antiquities of Corinth under the direction of Dr. Konstantinos Kissas, former Head of the Office and Assistant Professor at the University of Graz and his associate Dr. Kim Shelton, Professor of the University of California at Berkeley and Director of the Centre for Classical Archaeology in Nemea.

The 2018 campaign saw the completion of the excavation of an unlooted vaulted tomb of the Early Mycenaean period (c.1650-1400 BC), one of the largest found in the Aidonia necropolis. 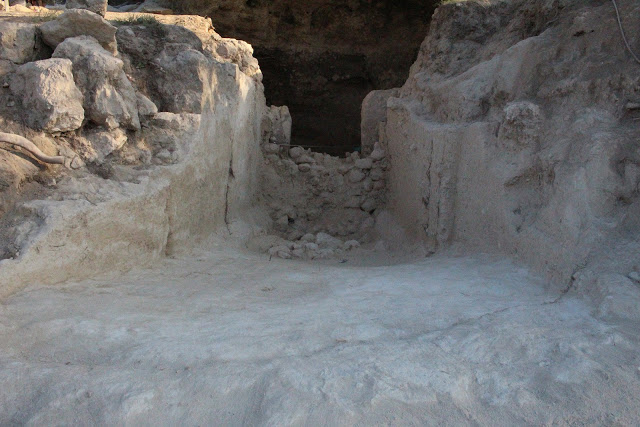 The newly revealed tomb is distinguished by the short, but very wide, dromos and the circular-ellipsoid burial chamber, the dimensions of which exceed six metres in parts. Both the dromos and the chamber exhibit morphological features typical other mid-sized vaulted tombs of the early Mycenaean period.

On the floor of the burial chamber were four large pits, covered with megalithic slabs, another element which recalls early Mycenaean vaulted tombs. These pits contained earlier burials which were accompanied by ceramic tableware and storage vases, some of which were monumental, like the 'palace-style' pithamphora with symbolic decoration inspired by the plant and marine worlds. 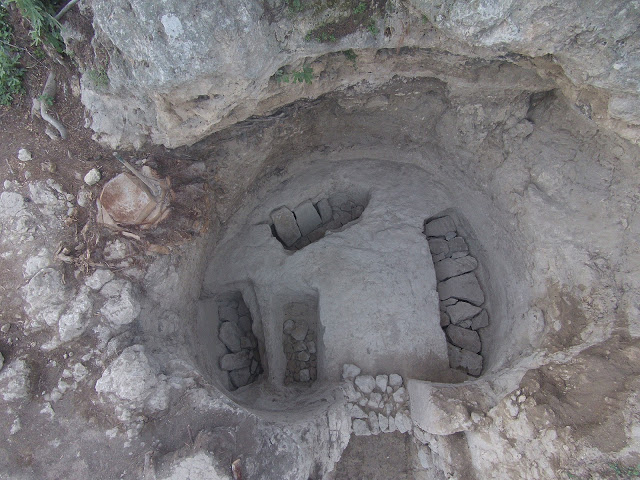 Copper knives, daggers and swords were also found in the pits, as well as numerous arrow heads of copper, obsidian, and pyrite. Jewellery, necklace beads of various raw materials, fibulae and other prestigious items, such as sealstones, were also collected. 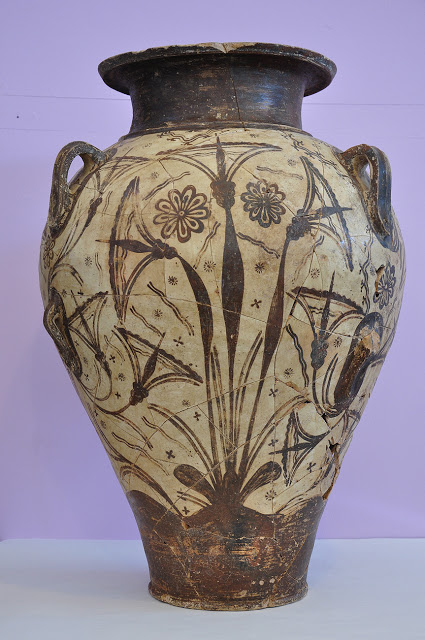 The use of the monument continued during the Late Mycenaean period (c.1400-1200 BC), to which the burials found on the tomb's floor date, though the grave goods are more frugal than those of the previous period. 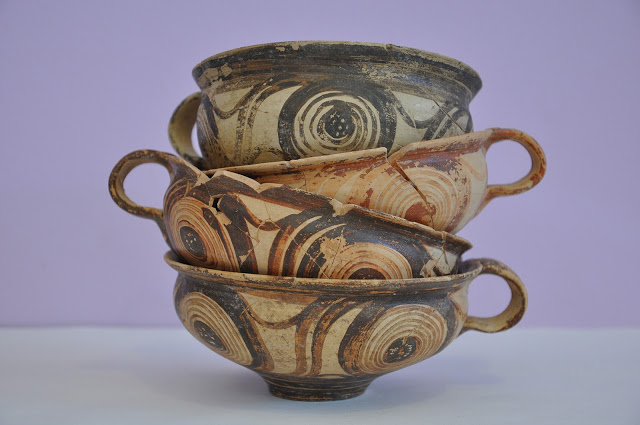 The excavation also found evidence suggesting that part of the tomb's roof had collapsed shortly after it had ceased to be used. 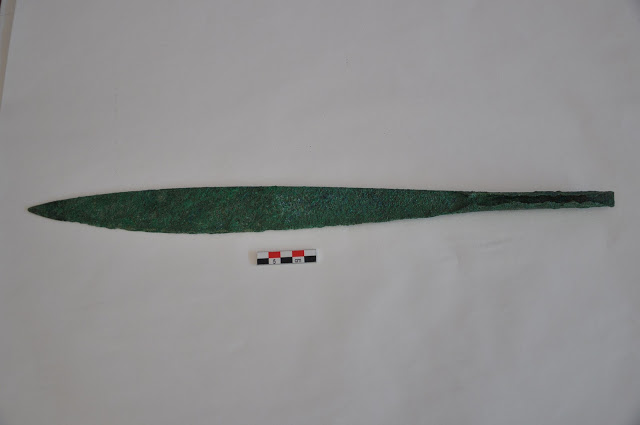 The intensive use of the site both in the Archaic/Early Classical period and Roman Imperial times, as well as during the transition from the Middle to the Late Byzantine period contributed to the accumulation of thick deposits which essentially preserved the Mycenaean monument. 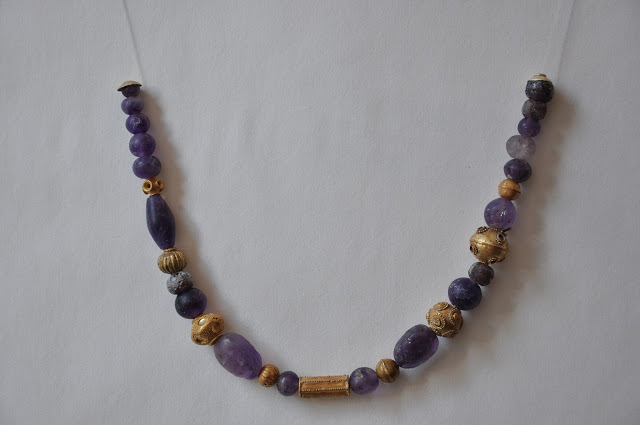 It is hoped that with the discovery of this unplundered tomb in Aidonia, like the interdisciplinary study of burial groups, will shed new light on the nature of the local ruling class of the Early Mycenaean period.

Source and Credits of photograps: Greek Ministry of Culture