Together with a Ukrainian colleague, Senckenberg researchers examined the 120-year-old specimen of a "Crimean lizard." Until now, these animals had been considered a species of green lizard restricted to the Crimean Peninsula. Based on the complete mitochondrial genome, the team was able to show that these reptiles actually represent a species introduced from Italy. The results emphasize the importance of historical collections. 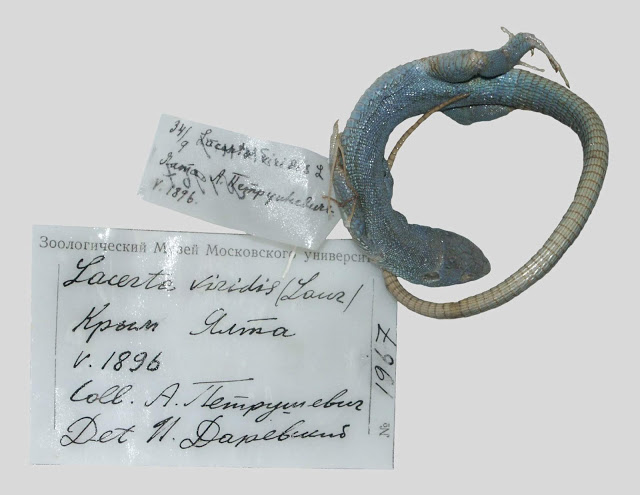 The identity of this 120-year-old specimen was exposed based on mitochondrial DNA [Credit: Olexandr Zinenko]

"Lacerta viridis magnifica, Sobolevssky, 1930"—thus reads the label of a lizard specimen preserved in formalin and alcohol in the collection of the zoological museum at Moscow University. "In total, there exist only five specimens of this species, which were all caught on the Crimean Peninsula more than 100 years ago and were scientifically described by the Russian zoologist Sobolevssky," explains Professor Dr. Uwe Fritz from the Museum of Zoology at the Senckenberg Natural History Collections in Dresden. The lizards were thought to represent a now extinct species or subspecies of green lizards that only occurred on the Crimean Peninsula. "At first, this seemed plausible—there is also another species of lizard that is exclusively found in that area. However, we were perplexed by the small number of known specimens," adds Fritz.

Together with fellow Senckenberger Dr. Christian Kehlmaier and Dr. Oleksandr Zinenko from the National Ukrainian University in Kharkiv, the scientist from Dresden now used state-of-the-art methods to examine one of the old museum specimens. Based on DNA analyses, they concluded that the Crimean lizards do not constitute a separate species but are representatives of the western green lizard (Lacerta bilineata). "This truly was a surprising result, since the normal distribution range of these reptiles is really a long ways from the Crimea—the closest population is found on the Croatian island of Cres," 1500 km away, explains Fritz, . 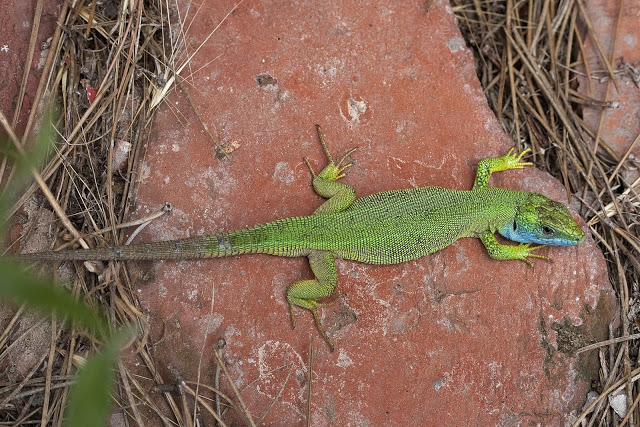 So how did the green lizards find their way to the Ukrainian peninsula? Fritz explains, "In the Middle Ages, a Genoese colony existed on the Crimea, precisely in the area where the lizards were caught over 100 years ago. Moreover, until the early 20th century, the region had close ties to the Italians: families of Genoese origin sent their children to schools in Italy, where large populations of Lacerta bilineata occur."The team of scientists therefore concluded that the extinct "Crimean lizards" had actually been introduced from Italy, either accidentally or on purpose.

"Our study emphasizes the importance of historical collections—using new genetic methods, we can extract and study genetic material even from very old specimens, and it is possible that other presumably extinct species will also prove to be such scientific errors," emphasizes the study's lead author, Dr. Christian Kehlmaier.

The study was published in the Journal of Zoological Systematics and Evolutionary Research.