The oldest stegosaur ever has been discovered by British team in Morocco. Named Adratiklit boulahfa, or "mountain lizard," London Natural History Museum researchers managed to figure out it was a new species of stegosaur from a few unearthed vertebrae and an arm bone.

A new species of stegosaurian dinosaur, Adratiklit boulahfa, has been described by researchers. It is the oldest definite stegosaur ever found.

Its remains were uncovered in the Middle Atlas mountains of Morocco, making Adratiklit the first stegosaur to be found in North Africa. It is likely to be about 168 million years old.

All that is left of the animal is a handful of vertebrae and an upper arm bone, but those were enough for a team a palaeontologists to confidently identify not only a new species but a new genus. 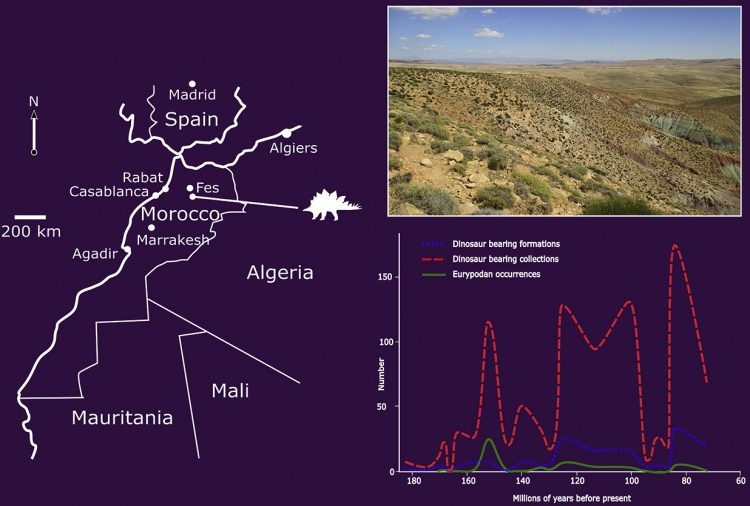 The study was led by Dr Susannah Maidment, a Museum dinosaur expert, in collaboration with colleagues from Morocco.

Susie says, 'The discovery of A. boulahfa is particularly exciting as we have dated it to the Middle Jurassic. Most known stegosaurs date from later in the Jurassic Period, making this the oldest definite stegosaur described and helping to increase our understanding of the evolution of this group of dinosaurs.'

It is named Adratiklit boulahfa from the Berber words for mountain (Adras) and lizard (tiklit). The species name, boulahfa, refers to where the specimen was found.

Adratiklit was an armoured, herbivorous dinosaur and is part of the group of animals that includes ankylosaurs and stegosaurs. It would have lived on Gondwana, an ancient supercontinent.

When stegosaurs were alive, Earth's land was split into two supercontinents: Laurasia and Gondwana. Laurasia included the land masses that today make up most of the northern hemisphere's continents, and Gondwana eventually split into land masses including Africa, South America, Australia and Antarctica.

Susie explains, 'Most stegosaurs we know of - including Sophie at the Museum, the most complete stegosaur discovered - have been found in Laurasian rock formations. However, this may not mean that stegosaurs were uncommon in Gondwana. It may be due to the fact that Gondwana rock formations have been subject to far fewer excavations and detailed studies.'

The discovery of A. boulahfa now adds to the theory that the Gondwanan fossil record of armoured dinosaurs is significantly biased by both geological factors and collection efforts. 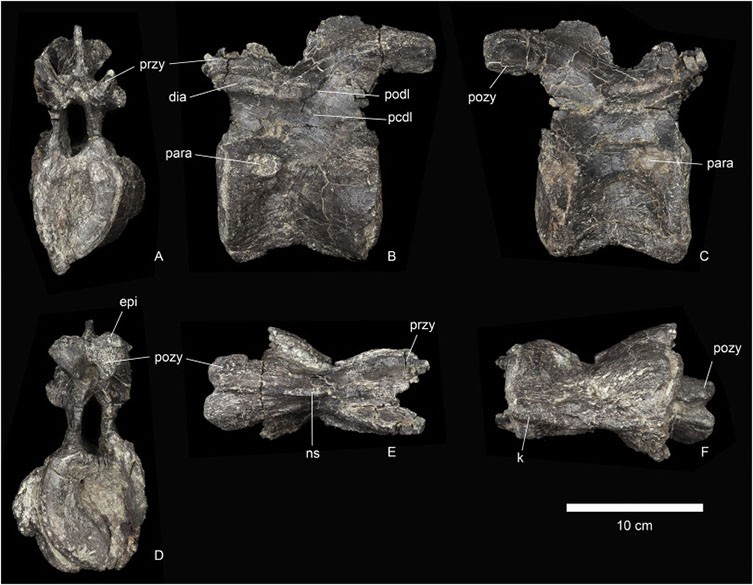 Susie adds, 'What is exciting about this is that there could be many more armoured dinosaurs to find in places that until now have not been excavated.'

The specimen is more closely related to European stegosaurs like Dacentrurus and Miragaia than it is to the two genera already known from southern Africa.

Tom Raven, a PhD student at the Museum, helped to work out the evolutionary relationships of the specimen. This type of study allows palaeontologists to understand the relationship of this new dinosaur to known stegosaurs. 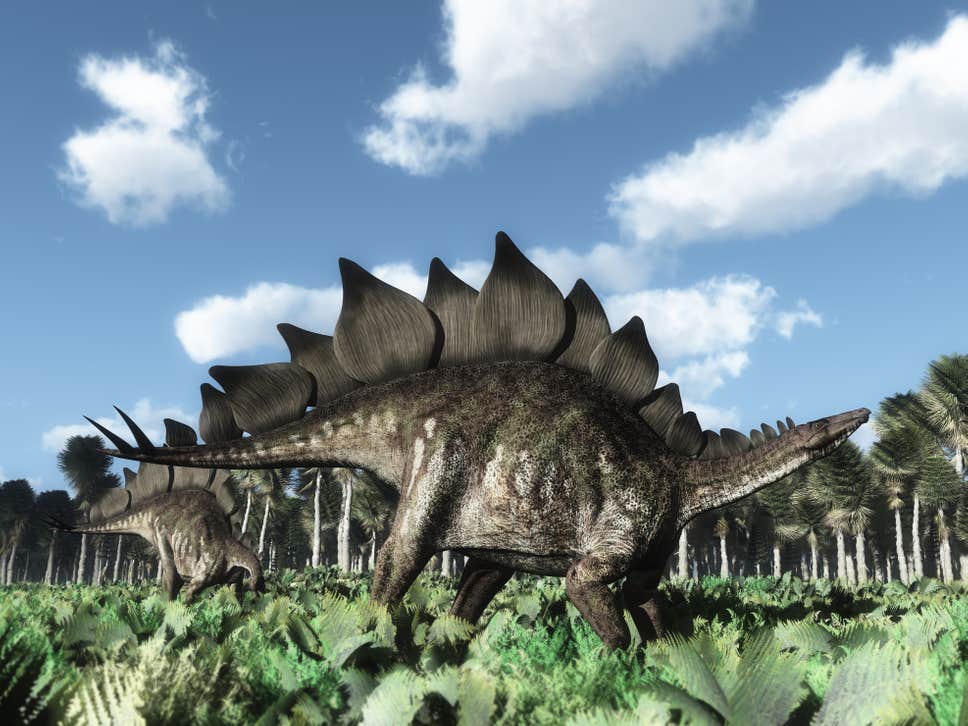 Tom says, 'Despite being from the African continent our phylogenetic analysis indicated that, surprisingly, Adratiklit is more closely related to European stegosaurs than it is to the two genera known from southern Africa, Kentrosaurus and Paranthodon.'

The team hopes this find will pave the way for further discoveries of new genera across Gondwana, and is heading back to Morocco in the near future in search of more remains. The specimens described in this study are now in the Museum's dinosaur collection.

The discovery is published in Gondwana Research.