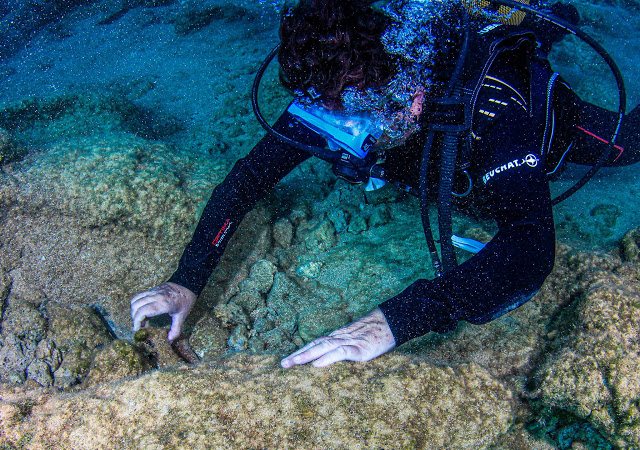 The expedition was extremely successful, despite the adverse weather conditions and the limited duration of the research, which could be characterized as a rescue one. The research operation was supported by the Aikaterini Laskaridis Foundation with the contribution of the ship “Typhoon”, which was kindly tasked by the Athanasios C. Laskaridis Charitable Foundation to be used during the field operations.

The wreck site was re-identified and re-defined following the last expedition of September 2017. Five sacks of sand were recovered, which had been left on the seabed since the previous excavation period. Their content was carefully sifted by a specialized conservator of the Ephorate of Underwater Antiquities in the presence of two archaeologists. During this process the conservator collected bones that need to be analyzed, possible olive pits, bronze spikes from the ship and a bronze ring, whose use has not yet been identified. 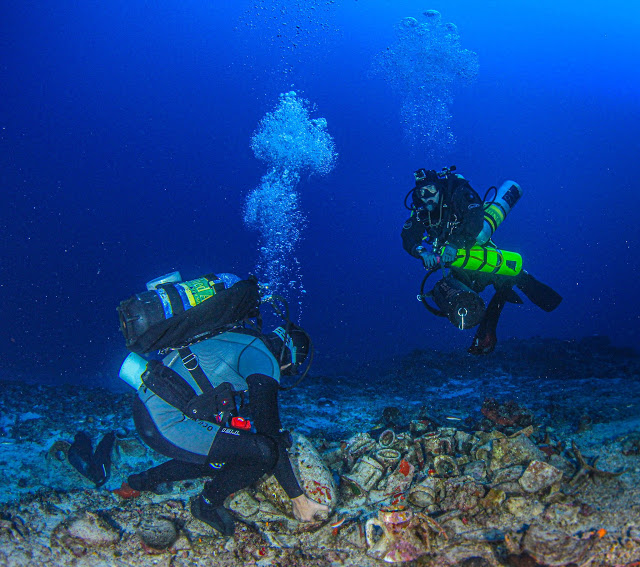 Additionally, a 110x110x45cm plastic basket, filled with amphora fragments was lifted. Among the findings is an iron stem with a circular end.

An important fact is that among the amphorae bases from the island of Kos, a different type was identified, whose origin is not yet known and needs identification. From the surface of the sea bottom the team recovered three amphorae necks, two of which are of Laboglia 2 type, originating from South Italy, and one is from Kos, as well as a whole amphora from Kos with only one handle missing. 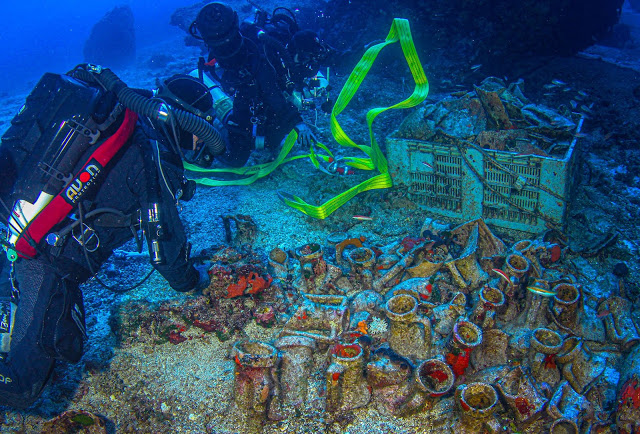 An impressive finding is a fragment of wood, probably a structural element of the ship, with four bronze spikes. All findings were transported to the conservation laboratory of the Ephorate of Underwater Antiquities for further processing. During the expedition, the photogrammetric mapping of the wreck site was completed.

Participants from the Ephorate of Underwater Antiquities included Dr. George Koutsouflakis as a scientific responsible, Head of the Department of Underwater Archaeological Sites, Monuments and Research, Aikaterini Tagonidou, architect-diver, and Chryssa Fouseki, conservator-diver. Their contribution to the expedition’s success was invaluable and for this the Director of the project would like to thank Of note is the fact that the underwater archaeological research team for the first time included four divers of the Greek Coast Guard, Dimitris Stamoulis, George Lytrivis, Dimitrios Chatziaslan and Athanasios Keitzis. Expert technical divers Alexandros Sotiriou, Nikos Giannoulakis and Athanasios Chronopoulos, as well as two marine archaeologists, Orestis Manousos and Achilles Dionysopoulos also took active part in the operation. 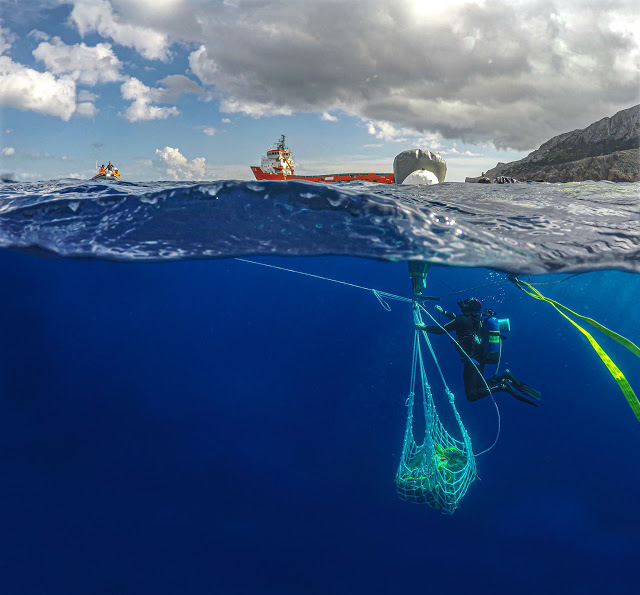 All the research operations were filmed by videographer Michael Tsimperopoulos. The operational director of the expedition was Alexandros Palatianos, Commodore (ret’d) of the Hellenic Navy.

The Director of the project, underwater archaeologist Dr. Angeliki Simosi, dived with the team and remained on the field throughout the whole research expedition, carried out by a twenty-member team. 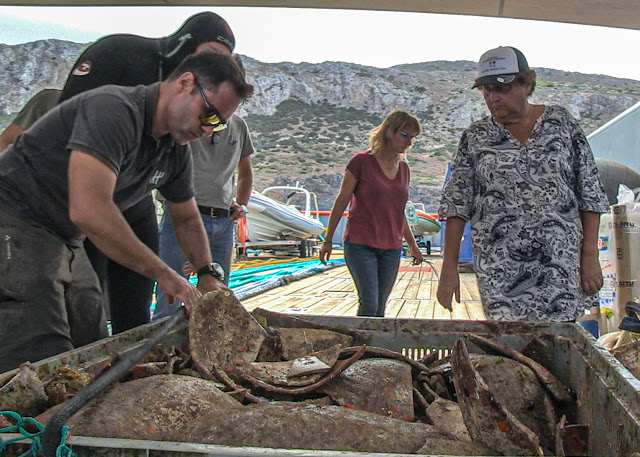 It is the first time that a team of this size forms and includes besides the well-trained and experienced deep divers the “Typhoon”, a three-thousand-ton special ship that provided support to the operations. This unique vessel is 72 meters long and 16 meters wide and is equipped with state-of-the-art navigational systems. Its operations platform hosts five large inflatable vessels, that can deploy as needed during the operation.

With the current scientific mission of October 2019, the first five-year research project has concluded, with the significant contribution of Minister Dr. Lina Mendoni, who supported since the very beginning the two-year effort for the resuming of the research by the project team. 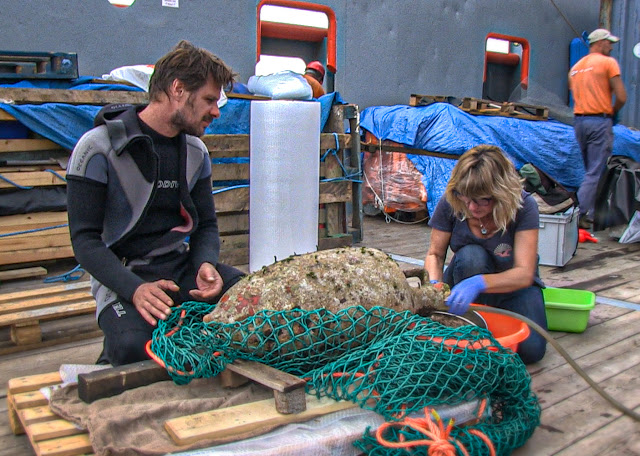 Based on the results of this expedition, preparations for the new five-year research project start right away, beginning May 2020, with the continuation of the excavation at selected positions at the site of the shipwreck, where indications exist that new impressive findings will come to light.

After the submission of the first five-year excavation report, complete publication of the results will soon follow.