The Neanderthal bones, found in Jaskinia Ciemna cave in southern Poland, are about 115,000 years old – more than 50,000 years older than the previous most ancient fragments found on Polish soil.

The tiny bone fragments known as phalanges (bones forming part of the finger structure), believed to have belonged to a child, have most likely been consumed and partially digested by a large bird, as evidenced by the porous bone surface. This is the first time ever that a specimen dating back to the Ice Age has been found in this condition, researchers say.

The previous oldest osseous remains ever discovered in Poland until the announcement was made had been the Neanderthal teeth found in another cave, their estimated age being between 42,000 and 52,000 years.

The 115,000-year-old bone fragments have been unearthed deep inside a prehistoric cavern, beneath a few metres of earth and soil. Since the remains are both tiny and very poorly preserved, researchers say that no DNA analysis is possible, although their Neanderthal lineage is beyond doubt considering both the layer of soil where they were found and the presence of typical stone tools customarily used by the Neanderthals. The bones were positively identified as belonging to a Neanderthal by two anthropologists, one of whom works for the Jagiellonian University in Kraków, while the other is employed at the Washington University in St Louis. 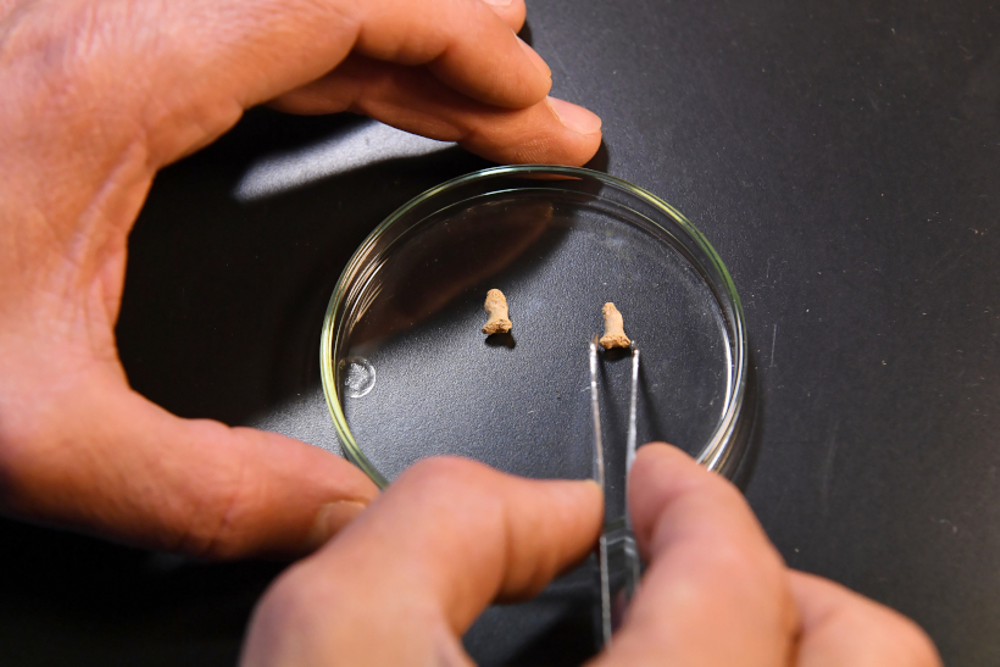 “It is a unique find,” says professor Paweł Valde-Nowak from the Jagiellonian University, adding that there have been very few instances where fragments of bones belonging to the distant relatives of the modern man have been unearthed on Polish soil.

“Neanderthal remains found in Poland can literally be counted on the fingers of one hand,” the researcher says, adding that the Neanderthals have first appeared in this part of the continent about 300,000 years ago, with the oldest stone tools discovered here being 200,000 years old.

Unlike bone fragments, these findings were quite numerous, even though nearly all of them have been located in southern parts of the country as the north had been covered by the ice sheet at the time.

The European Neanderthals became mostly extinct about 35,000 years ago, although recent findings suggest some may have survived even 10,000 years beyond that time. Unlike in Western Europe, there is no evidence that the Neanderthal and the modern man coexisted in this part of the continent. “We are still debating on how long did the Neanderthal inhabit the European continent, including Poland.” professor Valde-Nowak says. “Unfortunately, so far we haven’t been able to come up with convincing evidence.”