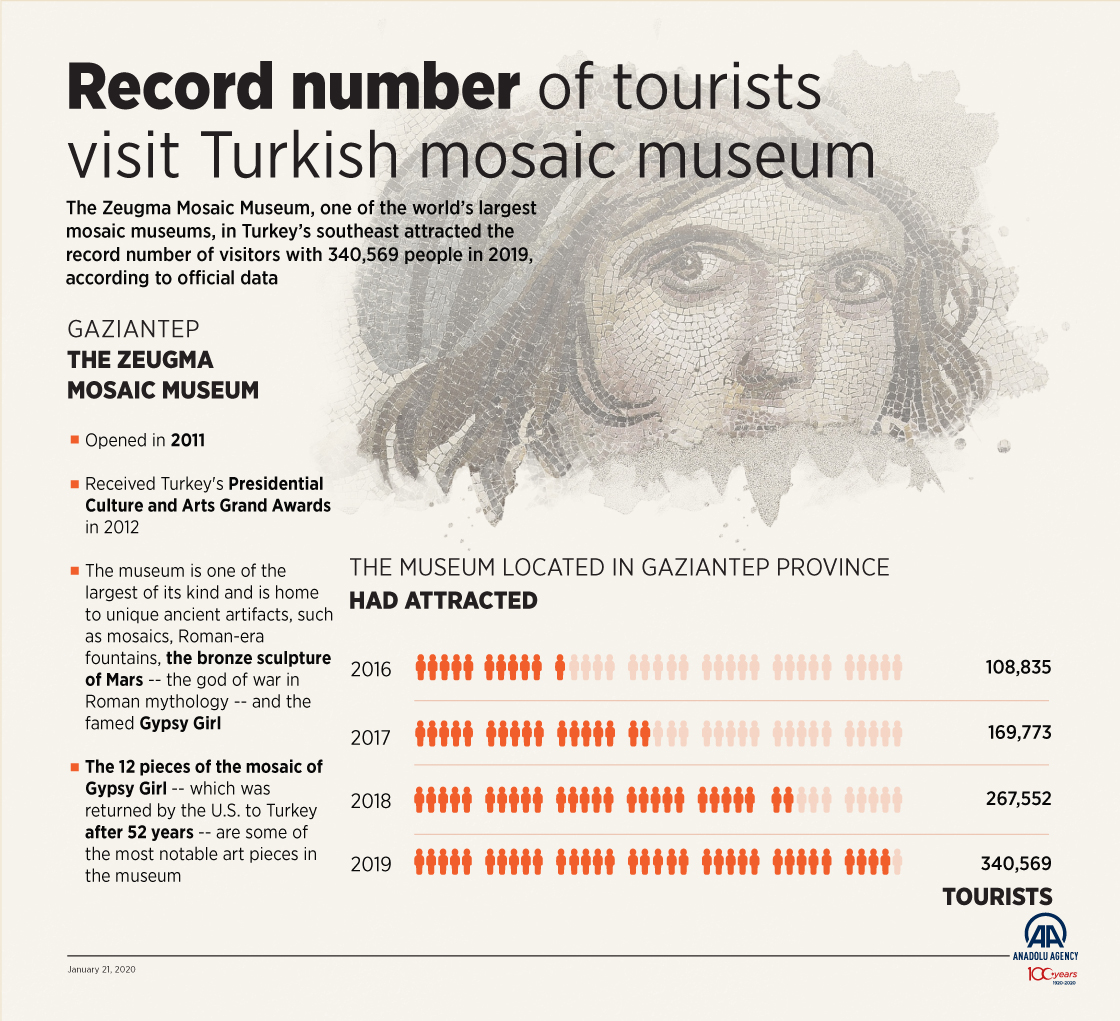 The Zeugma Mosaic Museum, one of the world’s largest mosaic museums, in Turkey’s southeast attracted the record number of visitors with 340,569 people in 2019, according to official data.

The museum is one of the largest of its kind and is home to unique ancient artifacts, such as mosaics, Roman-era fountains, the bronze sculpture of Mars -- the god of war in Roman mythology -- and the famed Gypsy Girl.

The 12 pieces of the mosaic of Gypsy Girl -- which was returned by the U.S. to Turkey after 52 years -- are some of the most notable art pieces in the museum.

Opened in 2011, the Zeugma Mosaic Museum received Turkey's Presidential Culture and Arts Grand Awards in 2012 and last year became the most visited site in Gaziantep, according to the data.

A total of 1.5 million people have so far visited the museum since its foundation.