Varanopid from the Carboniferous of Nova Scotia reveals evidence of parental care in amniotes: The specimen, consisting of an adult and associated conspecific juvenile, is also identified as a varanopid suggesting parental care is more deeply rooted within this clade and evolved very close to the origin of Synapsida and Amniota in general.

A team led by Carleton University's Hillary Maddin has discovered the earliest fossil evidence of parental care. The fossil predates the previous oldest record of this behaviour by 40 million years and is featured in an article in Nature Ecology & Evolution. (Click for read: Varanopid from the Carboniferous of Nova Scotia reveals evidence of parental care in amniotes)

"This is the earliest evidence of prolonged postnatal care in a vertebrate," said Maddin, professor in the Department of Earth Sciences. "The adult animal appears to be concealing and protecting a juvenile in a den. This behavior is very common in mammals today. It is interesting to see this animal, which is on the evolutionary line leading to mammals, exhibiting this behaviour so early."

Maddin's team recently discovered the specimen of a varanopid synapsid inside a lithified tree stump on Cape Breton Island, Nova Scotia. The preserved articulated partial skeleton has a unique combination of features and represents a new species. The preserved remains are of a small individual close to a large individual of the same species in a position resembling a parent denning with an offspring. 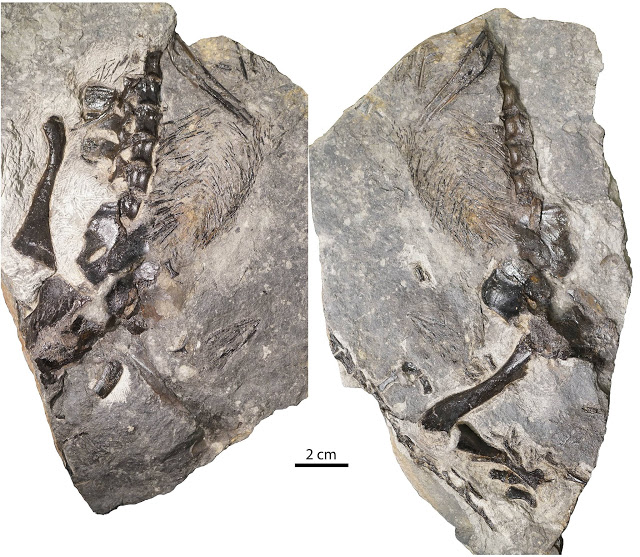 The fossilized remains of a type of lizard-like early mammal were discovered by a team led by Carleton University’s Hillary Maddin inside a lithified tree stump on Cape Breton Island [Credit: Maddin et al. 2019] 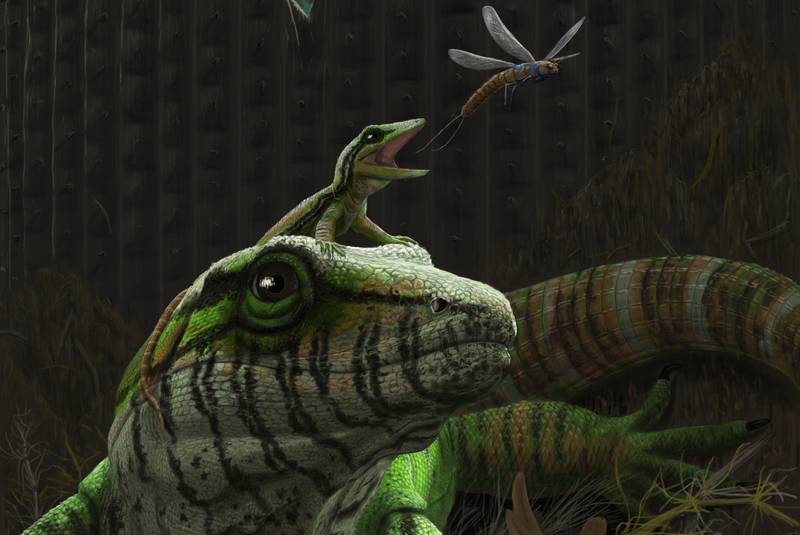 Parental care is a behavioural strategy where parents make an investment or divert resources from themselves to increase the health and chances of survival for their offspring. While there are a variety of parental care strategies, prolonged postnatal care is amongst the most costly to a parent. This form of parental care is particularly common in mammals, as all mammalian offspring demand nourishment from their mothers. However, there is still little understanding of the evolutionary history of this behaviour.

Scientists have attempted to answer questions about the origin of parental care by studying fossils. Evidence of parenting has been generally limited to finding groups of preserved specimens of varying ages of the same species.