According to a new survey of DNA extracted from ancient human remains, Neolithic farmers began migrating out of Anatolia, modern Turkey, several thousand years ago. Some went north, following the Danube. Another group traveled west across the Mediterranean, arriving in Britain around 6,000 years ago.

According to a study published Monday in the journal Nature; The roles of migration, admixture and acculturation in the European transition to farming have been debated for over 100 years. 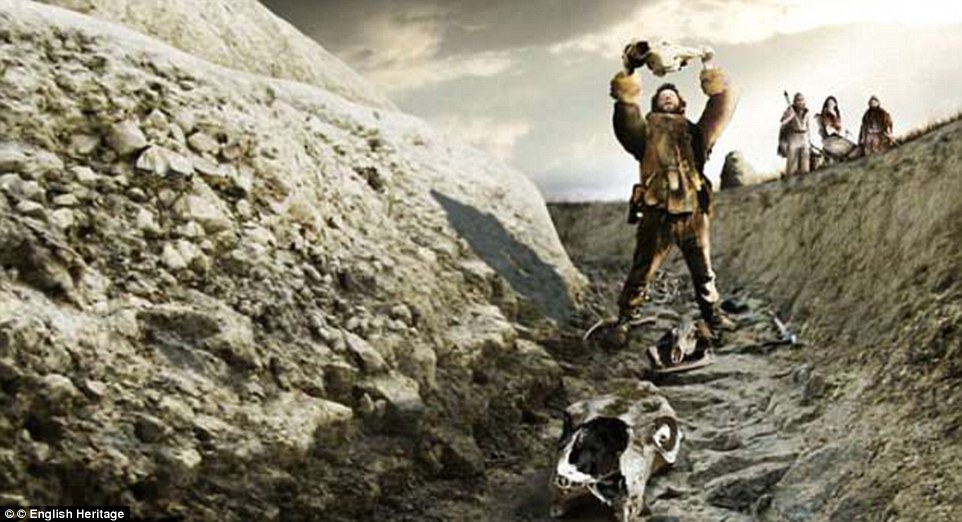 Rresearchers Unlike other European Neolithic populations, we detect no resurgence of hunter-gatherer ancestry at any time during the Neolithic in Britain.

Scientists examining samples of ancient remains dating as far back as 8500 B.C. found the dark-skinned foragers who had inhabited the British Isles since the last Ice Age left comparatively little trace in the genetic record after the transition to farming, suggesting there wasn't much interbreeding with the newcomers who arrived around 4000 B.C.

By contrast, the same Aegean migrants mixed extensively with local populations when they introduced farming to continental Europe about 1,000 years earlier, according to previous DNA studies.

"It is difficult to say why this is, but it may be that those last British hunter-gatherers were relatively few in number," said Mark G. Thomas, a professor of evolutionary genetics at University College London who co-wrote the study. "Even if these two populations had mixed completely, the ability of adept continental farmers and their descendants to maintain larger population sizes would produce a significant diminishing of hunter-gatherer ancestry over time."

The researchers from Britain and the United States found that the remains of Britain's early farmers were genetically similar to those discovered in what is now Spain and Portugal, indicating this population traveled east to west through the Mediterranean, and then up to Britain.

Strikingly, the newcomers appear to have arrived first on the western coast before spreading to other parts of Britain, suggesting they didn't cross the English Channel using the shortest possible course but instead braved the wilder Atlantic route.

"This route is a continuation of the Mediterranean coastal dispersal route but of course in much more complicated maritime circumstances," said Carles Lalueza-Fox of the Institute of Evolutionary Biology in Barcelona, Spain. 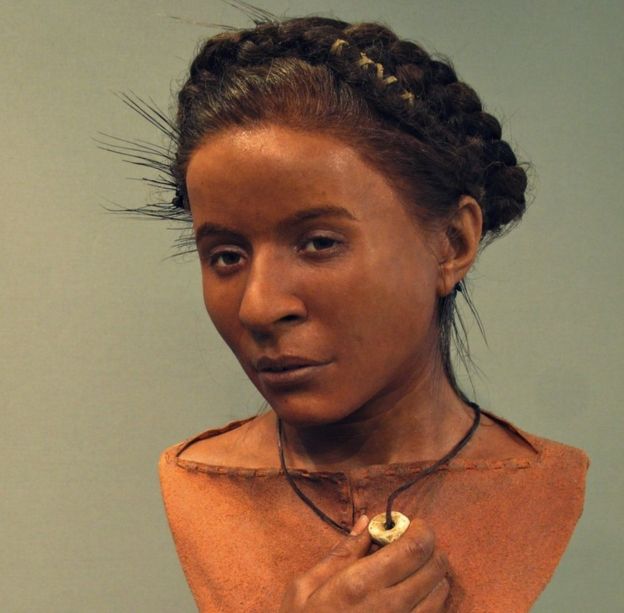 Lalueza-Fox, who wasn't involved with the study, said the findings match what is known about the spread of megalithic structures along Europe's Atlantic coast. Perhaps the best-known of these structures is Stonehenge in Britain.

"This work highlights the complex population turnovers affecting a rather marginal area of Northwestern Europe and points out the need to investigate all regions with ancient data to understand the shaping of modern human genetic diversity," said Laluelza-Fox.

In their paper, Thomas and his colleagues also note the "considerable variation in pigmentation levels in Europe" during the Stone Age as shown from the genetic samples they examined.

Whereas Britain's outgoing hunter-gatherers — including the oldest known Briton, "Cheddar Man" — likely had blue or green eyes and dark or even black skin, the farming populations migrating across Europe are believed to have had brown eyes and dark to intermediate skin.