The enigma of Bronze Age tin: Using methods of the natural sciences, they examined the tin from the second millennium BCE found at archaeological sites in Israel, Turkey, and Greece. These findings are of great importance for the archaeological interpretation of the trade routes and the circulation of tin during the Late Bronze Age. 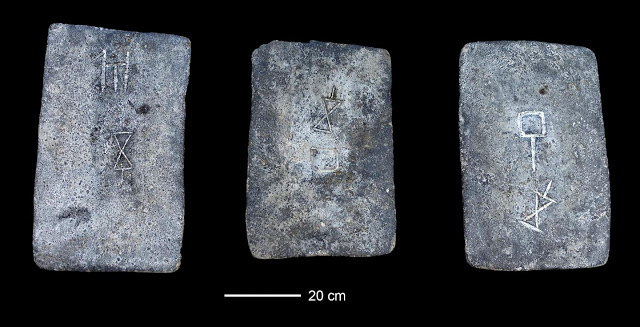 The origin of the tin used for the production of bronze in the Eurasian Bronze Age is still one of the mysteries in prehistoric archaeology. In the past, numerous studies were carried out on archaeological bronze and tin objects with the aim of determining the sources of tin, but all failed to find suitable fingerprints.

The origin of the tin used in the Bronze Age has long been one of the greatest enigmas in archaeological research. Now researchers from Heidelberg University and the Curt Engelhorn Centre for Archaeometry in Mannheim have solved part of the puzzle.

Using methods of the natural sciences, they examined the tin from the second millennium BCE found at archaeological sites in Israel, Turkey, and Greece. They were able to proof that this tin in form of ingots does not come from Central Asia, as previously assumed, but from tin deposits in Europe.

The findings are proof that even in the Bronze Age complex and far-reaching trade routes must have existed between Europe and the Eastern Mediterranean. Highly appreciated raw materials like tin as well as amber, glass, and copper were the driving forces of this early international trade network. 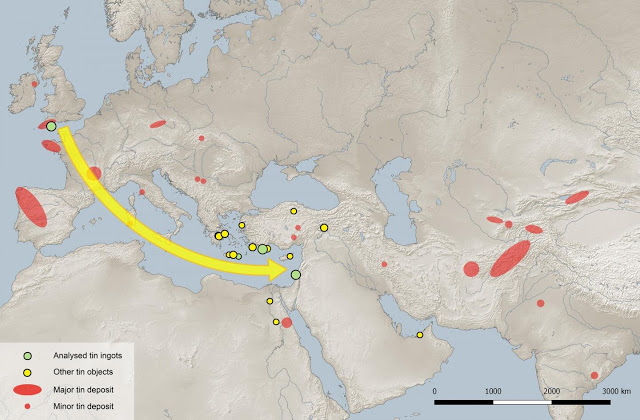 Bronze, an alloy of copper and tin, was already being produced in the Middle East, Anatolia, and the Aegean in the late fourth and third millennia BCE. Knowledge on its production spread quickly across wide swaths of the Old World.

"Bronze was used to make weapons, jewellery, and all types of daily objects, justifiably bequeathing its name to an entire epoch. The origin of tin has long been an enigma in archaeological research", explains Prof. Dr Ernst Pernicka, who until his retirement worked at both the Institute for Earth Sciences of Heidelberg University as well as the Curt Engelhorn Centre for Archaeometry.

"Tin objects and deposits are rare in Europe and Asia. The Eastern Mediterranean region, where some of the objects we studied originated, had practically none of its own deposits. So the raw material in this region must have been imported", explained the researcher. 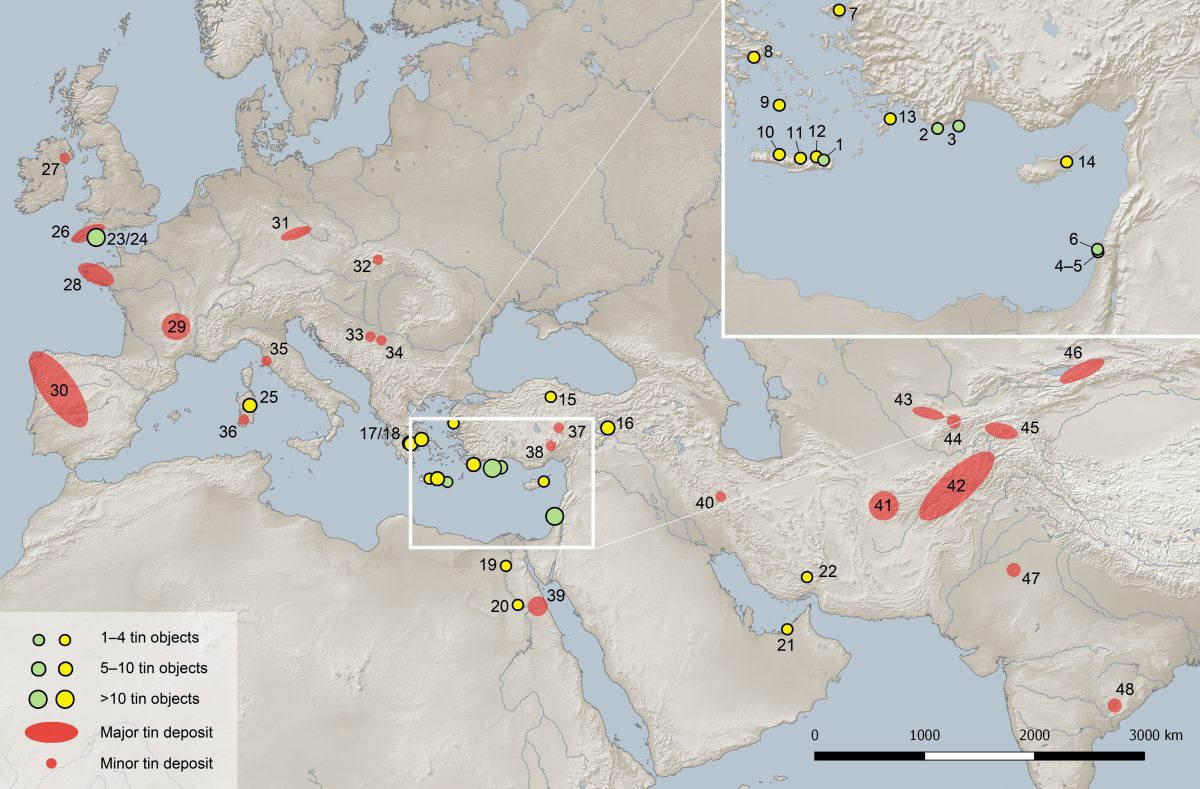 Metals traded in ingot form are particularly valuable for research because questions of origin can be targeted specifically. Using lead and tin isotope data as well as trace element analysis, the Heidelberg-Mannheim research team led by Prof. Pernicka and Dr Daniel Berger examined the tin ingots found in Turkey, Israel, and Greece. This allowed them to verify that this tin really did derive from tin deposits in Europe. The tin artefacts from Israel, for example, largely match tin from Cornwall and Devon (Great Britain).

"These results specifically identify the origin of tin metal for the first time and therefore give rise to new insights and questions for archaeological research", adds Dr Berger, who conducts research at the Curt Engelhorn Centre for Archaeometry.

The findings were published in the journal PLoS ONE (click for more: Isotope systematics and chemical composition of tin ingots from Mochlos (Crete) and other Late Bronze Age sites in the eastern Mediterranean Sea:  An ultimate key to tin provenance?.